“The probability of global catastrophe is very high,” reads an excerpted statement from the Science and Security Board on the 2016 time of the Doomsday Clock.

The infamous ‘doomsday clock’ was recently moved forward during 2015 to…
three minutes to midnight.

During their 2016 update they noted:
“The probability has not been reduced. The Clock ticks. Global danger looms. Wise leaders should act —immediately.”

While the doomsday clock factors many things, there’s this one little thing called…

A suitcase nuclear device (suitcase nuke, suitcase bomb, backpack nuke, mini-nuke) is a tactical nuclear weapon which uses, or is portable enough that it could use, a suitcase as its delivery method.

During the ‘Cold War’, both the United States and the Soviet Union have acknowledged producing nuclear weapons small enough to be carried in specially-designed backpacks. Many decades have since passed, and technology has advanced even further. Today, given the passage of time and modern advancements, one might speculate that others may also posses such capability – or have paid to obtain it.

During 1997 it was reported (a 60 Minutes broadcast) via former Russian National Security Advisor, General Aleksander Lebed, that the former Soviet Union had not only manufactured small (suitcase) nuclear bombs, but had lost track of perhaps 100 of them. He said the devices were a “perfect terrorist weapon,” made to look like suitcases, “and could be detonated by one person with less than 30 minutes of preparation.”

Lebed cannot be reached for further comment… He died not long afterwards when a Russian helicopter in which he was flying as a passenger… crashed.

And there’s this…
Stanislav Lunev. He defected to the U.S. in 1992 and has since worked as a consultant to the FBI and the CIA. Apparently he remains in the FBI’s Witness Protection Program.

The highest-ranking defector of the Russian Federation ‘GRU’ (foreign military intelligence of the Armed Forces), Stanislav Lunev, claimed that so called ‘suitcase nukes’ do exist, and weigh from fifty to sixty pounds. According to Lunev, the number of “missing” nuclear devices “is almost identical to the number of strategic targets upon which those bombs would be used.”

He also suggested that suitcase nukes might be already deployed on US soil and that “it is surprisingly easy to smuggle nuclear weapons into the US” across the Mexican border.

The FBI claimed that he was ‘exaggerating’.

There isn’t very much (in public) regarding the size and destructive power of these small nuclear weapons. The yield is hard to pin down. I have read that some may yield an equivalent of 1,000 tons of TNT while others several thousand tons… enough to level everything within a half mile radius and spread radioactive waste across a wide area. Note the bomb the U.S. dropped on Hiroshima was 15 kilotons.

Have any of the bombs or materials thereof fallen into the hands of terrorists? ISIS? Iran? Has N.Korea, China, or any other nation developed a suitcase nuke for portability and apparent relative ease of detonation?

The ‘Doomsday Clock’ now indicates three minutes to midnight and is the closest since the Cold War peak during the 1950s.

Not only is there a potential threat from the use of suitcase nukes, but there are more than 10,000 nuclear weapons in countries around the world. In fact, active new development (and even detonation testing) has been ongoing in recent years by a few notorious countries…

Many believe that we will experience nuclear detonation in our lifetimes. In fact many believe we are on the precipice or even a false-flag nuclear event.

Even if ‘only’ one so called ‘suitcase nuke’ or ‘dirty bomb’ were to detonate in the U.S., I believe it would trigger a panic beyond imagination and the immediate destruction of our already failing economic situation. It may be the straw that breaks the camels back…

What do you think about this? 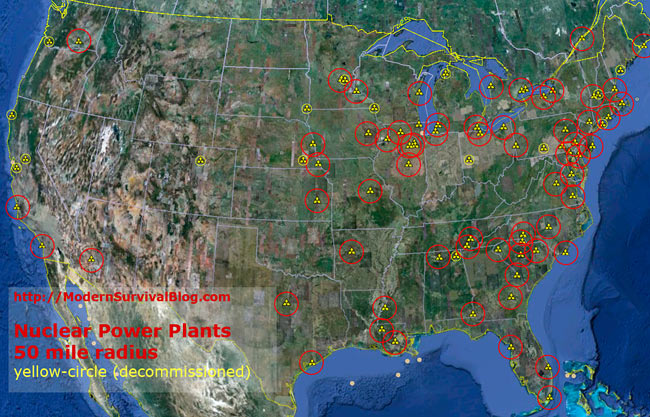 There have been 2,055 nuclear explosions since the very first in 1945. Fortunately, depending on how you look at it, all but two of them have been detonated for testing rather than having been used for war. During recent years some of the world’s nuclear arsenal has been dismantled, however many many thousands of nuclear…