Ever wondered how much land in the United States is under the control of the Federal government?

Much of these lands are located primarily in the West, but the bureau has a national presence with control for some 700 million acres of sub-surface of both Federal and non-Federal lands.

Additionally, the BLM manages 58 million acres owned by non-Federal entities such as States and private landowners.

Total Federal Land As A Percentage Of State Land 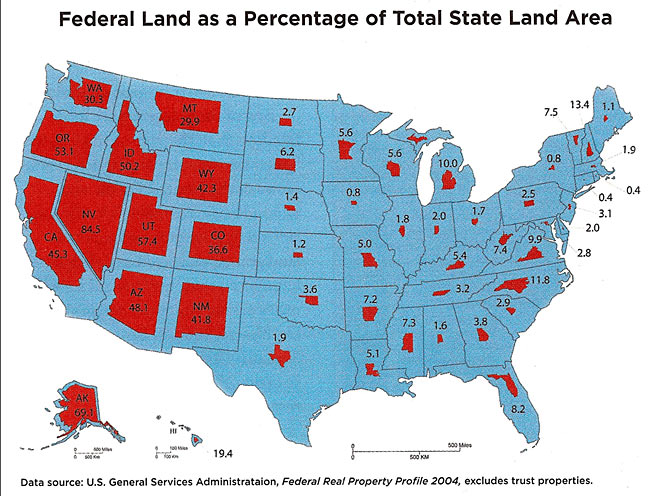