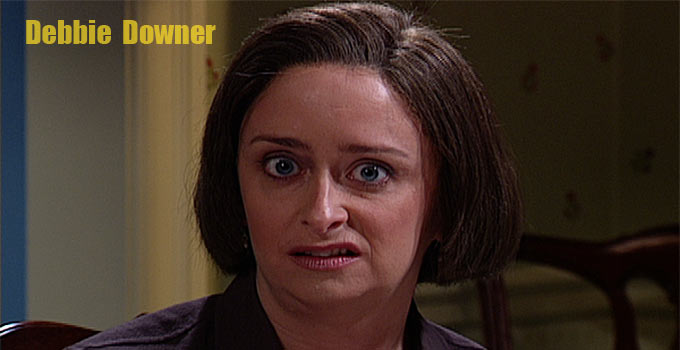 “The world has doesn’t care about you, me, or anyone else. It’s up to each and everyone of us to dictate our own path.”

That quote from a recent MSB comment says it all. It’s so true. I learned that lesson a very long time ago.

Interestingly, although the statement is very logical and common sensible, lots of people just don’t get it.

What they don’t realize is that it’s up to the individual to take responsibility for one’s self and to make their own changes in life if that’s what they want to do. Others aren’t going to do it for them.

We ALL complain about stuff once in awhile. Some a little bit more than others. But a chronic complainer does it just about all the time.

How many of you know or have known chronic complainers? Maybe a family member, a friend or acquaintance, or how about a co worker…

I’ve known quite a few of them throughout my life. I can tell you this (and you know what I’m talking about), even after just several minutes with one of them… I feel kinda drained, bummed out, and plain old yucky.

For those of you old enough to remember, do you recall that comedic skit they used to run on Saturday Night, “Debbie Downer”? Everything she said was a downer, a complaint, woe is me… (it’s a good example of what I’m talking about here).

By the way, I haven’t watched SNL in years due to their incredibly extreme one-directional political bias. Just saying…

I’m not sure what exactly causes someone to be a chronic complainer.

I suppose it might have to do with a number of things including a lack of confidence, the need to get people sympathizing with them, little motivation, being “needy”, or looking for attention, maybe laziness thrown in for good measure…

CHRONIC COMPLAINER
BAD FOR YOUR HEALTH AND WELL BEING

Not only is being a chronic complainer bad for the health and well being of the complainer, but it’s bad for YOUR health as a nearby bystander!

Have you heard of the saying, “Birds of a feather flock together”? In other words in this instance, misery loves company…

By associating with chronic complainers you will yourself be associated (by others) as part of that group. Do you want that bad reputation?

There’s no doubt in my mind that a chronic complainer will likely find themselves with health issues brought on by their mental attitude. I’m no doctor, but I’ll bet I’m right about that.

WHAT YOU CAN DO TO FIX IT

If you yourself happen to be a complainer, I’m not picking on you for the sake of being mean.

1. Come to the realization and accept that you are a chronic complainer. Admit it to yourself.

2. Look inward and try to discover WHY you are doing it.

3. Understand and KNOW that your complaining is hurting you and also affecting those around you.

4. Come to a belief that only YOU can change your outlook, your objectives, your lot in life. How? by taking action. By doing it yourself.

If you happen to have friends or acquaintances who are complainers, I’m not saying that you should shut them out completely. However…

1. Don’t coddle them or play in to their drama or negative issues. They feed off that…

2. Realize that you will not be able to change or help them with their issues. Only they can do that.

3. Distance yourself from them in a polite sort of way.

4. Understand that you will be judged by others partially based on who you hang around with.

5. Know that the chronic complainer will negatively affect your own life.

What do you think about this? Know any?

Also, from a preparedness standpoint you surely don’t want a chronic complainer in your group. If and when times get tough, that person will become an extreme problem…