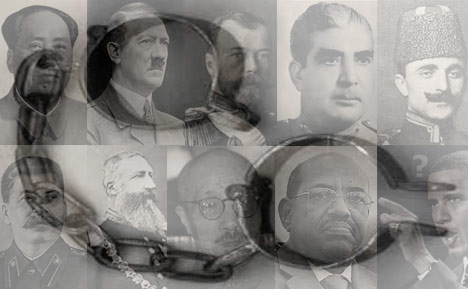 [Society]…in a state of ease and safety, as if wanting its appropriate nourishment, it [Patriotism] languishes and decays.

“It is a law of nature to which no experience has ever furnished an exception, that the rising grander and opulence (abundance) of a nation must be balanced by the decline of its heroic virtues.”

History tells us that we may be in the final phase of democracy, leading to dictatorship…

“A democracy cannot exist as a permanent form of government. It can only exist until the voters discover that they can vote themselves largesse from the public treasury…

From that moment on, the majority always votes for the candidates promising the most benefits from the public treasury with the result that a democracy always collapses over loose fiscal policy, always followed by a dictatorship…

The average age of the world’s greatest civilizations has been 200 years.”

-unverified attribution, but commonly given to Alexander Fraser Tytler

“Great nations rise and fall. The people go from bondage to spiritual truth, to great courage, from courage to liberty, from liberty to abundance, from abundance to selfishness, from selfishness to complacency, from complacency to apathy, from apathy to dependence, from dependence back again to bondage.”

Nearly 237 years after the United States Declaration of Independence, here we are…

If we are to give credence to Tytler and ‘why democracies fail’ or Prentis and the ‘fatal sequence’, then where are we now, our democratic republic, on the timeline?

It does seem to be fairly clear that we have passed the tipping point of more people voting for candidates who promise government handouts versus candidates sponsoring fiscal responsibility and smaller government.

It does seem to be fairly clear the we have passed the tipping point of government fiscal irresponsibility such that it currently needs to print a fresh batch of $85 Billion each month to keep the system from collapsing while its deficit, and total debt are immense beyond any hope of balance or repayment.

It does seem to be fairly clear that the last election was perhaps the final nail in the coffin, reflecting a population who desires more government than more self responsibility.

It does seem to be fairly clear that we have passed through the phase of ‘complacency to apathy’, where the population at large has a lack of interest or concern, especially regarding matters of general importance; they are indifferent and ignorant on these matters.

It does seem to be fairly clear that we are in the phase of ‘apathy to dependence’, where the greater majority take from the lesser majority that work. They depend upon government to enforce and provide their needs, regardless of the consequences.

Having said that, it does seem to be fairly clear that we are at the precipice of the final stage of each of the two quotations… dictatorship and bondage.

Some might say that we are in a situation, socially, similar to the prelude to the Nazi takeover of Germany in the early 30’s, where an IRRATIONAL exuberance will overtake the U.S. political order.

There is an undercurrent of seismic proportions, of a social Tsunami that, if things don’t change drastically, soon will overtake our country and we will be gone forever. Many have even given up hope of our country changing for the better without significant social upheaval.

Part of the trick has been to slowly wrap more chains around the freedoms that we once enjoyed by veiling those chains with rationalization like ‘for your own safety’ or ‘to prevent terrorism’ or ‘for the children’ or ‘for your security’, etc.

There are now too many people who have been, and will continue to relinquish bits and pieces (and even large chunks) of their freedoms because they have become convinced that if they don’t give them up, that they will suffer the consequences from some of the phrases just listed above…

There is much more to the equation, including the indoctrination of the new normalcy – political correctness – schools – those dependent on the gov’t – tearing down traditions and family – villainization of patriotism and national pride – bashing the founding principles of the country and its Constitution – attacks on individualism, liberty, self-sufficiency, etc., but I believe you get the idea…

I’m not sure that there is any place left in the world where one is truely free anymore.

I live in Australia and we are pretty free here, a person can go and live in the bush and use nothing the ‘system’ has to offer (this is actually possible in most counties) but this would really mean you couldn’t even have the clothes on your back.

If you choose (like myself) to use the ‘system’ then yes there are rules of course, these are mainly based on moral and safety issues, because some people want to do bad things and others are stupid and accidents happen.

If you do the right thing you are pretty well free to do as you please.

I’ve seen both of these quotes over the years, often ran together and attributed to someone else. I don’t know for sure who said it, but I believe them both to be hideously accurate with one exception; There will be NO Dictator in this country. That notion(dictatorship) has gone about as far as it’s going. It must be stopped in it’s tracks.

Close the malls and take away the TV, Once their lives are disrupted and it becomes an incovience, then the Sheeple might revolt…..

One must dsrupt their “meaningless, materialistic, consumer driven lives” to awaken them….. But by then it will be too late….

Buy guns, ammo and food, then dispurse your stash….

Our once great and proud country has been destroyed by parasites that have over the years infested all parts of the body. The last is the brain, for when the news on tmz and comedy central outweigh the realities of the debt, forced health care, immigration, destruction of moral values and a continual attack upon the rights granted in the Constitution by God, we have truly turned into a democracy that is eating its young so to speak to enjoy the hedonist pleasures of today. Many have warned, and fought the onslaught for years, but with an evil media, lying politicians, and most of all a corrupt and despicable education system encouraged by a feral government that wants people on the plantation with invisible chains around their necks, I sadly see that it will end in massive bloodshed for no longer can the old tired out whine lets vote them out will work. Jefferson was more right than he ever knew, and the time is coming when the givemethats will start demanding more and more. It is time to quit speaking to others in person, go grey, prepare for your life and the lives of those you love will depend on it. Never forget that when the time comes fight for that which is most dear, for when you transition you will be judged.

Watch your six, and keep eyes constantly open, never in this day trust anyone for we are seeing now just what happened in nazi germany when friends sold out friends for words that were spoken.

what’s clear to ME is that prosperity leads to corruption in any government, because once a group of people becomes rich enough it buys the leader(s) and proceeds to appropriate all resources that remain for itself. this is not a function of the type of government, but of human nature. well, at least male human nature; we don’t know if this would happen in a matriarchy or an egalitarian system, since there haven’t been any so far. at least, none in the history that patriarchy has recorded for us.

DEFENDING LIBERTY
9
0
Your thoughts? Jump to Comment...x
()
x
| Reply
You are going to send email to
Move Comment