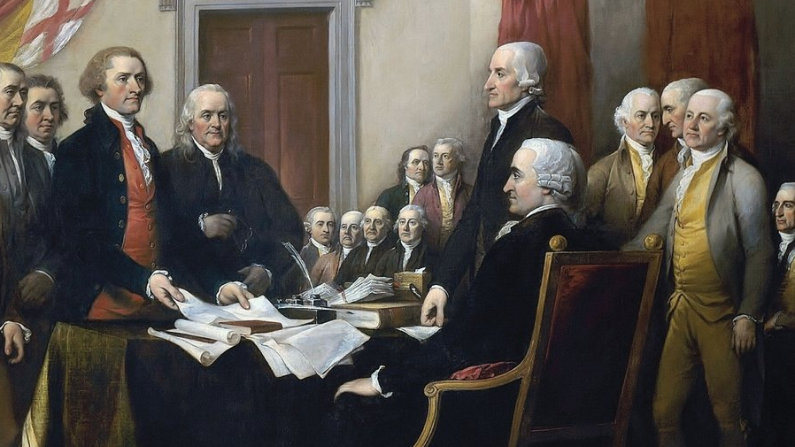 How much is Just Enough?

With any political philosophy it all comes down to this:

The founding philosophy of America was Liberty.

The concept of Liberty implies live and let live.

We have, to our grave detriment, lost track of this basic premise. The result is the political animosity we are experiencing today.

The solution is simple. People need to pay more attention to their own lives and resist the temptation to be overly concerned with their neighbors lives.

Governments, at all levels, need to do just enough governing to get the job done.

What job is that? Well, that’s the problem isn’t it…

Fascist is total government control. The further right you fall, the less government you believe in.

My personal philosophy has not changed. I fit somewhere between conservative and libertarian.

I believe we need ‘just enough’ government. And leave the rest of the issues to the people. People always seem to find a way.

Rather than go on with a list, all you need to do is apply the phrase ‘just enough’ to government as a whole or any agency within.

The problem of course is that now, today, it’s too late for that. It’s extremely difficult to go backwards from a bloated system rigged to perpetuate itself.

It seems to me that the only way ‘just enough’ could work would be starting from scratch. A do over. And that’s not going to happen. At least not without being forced into it with extreme pain for most.

Most people don’t want pain. It’s logical. Therefore ‘just enough’ may only come again, if and when the current system collapses upon itself.

It takes money. Lots of money.

The money comes from two places. You, and borrowed (from you).

The current debt is 22.2 Trillion dollars.

How Much Money does the Government Spend Each Day?

Whipping out the Excel spreadsheet, here’s how it breaks down:

These numbers are essentially meaningless to most Americans. There’s little concept of financial logic and reason when it comes to government spending. People are accustom to getting what they want, seemingly for nothing. And they always want more…

Why? Because the numbers go higher and higher with no apparent consequences. Therefore, who cares, right?

How is it even possible that we can carry on with such enormous government spending and debt without bad consequences?

Answer: Because the whole world is in on it, so to speak. What other nation is not up to their eyeballs in debt too?

Global debt is 224 Trillion according to a recent Bloomberg report.

The interrelationships and inter-dependencies within the systems of nation governments and world banking is beyond the scope of this article. Though suffice it say that it’s all hinged. Everyone in those systems need to be on the same page to keep it from imploding.

Does the concept of ‘just enough’ government even matter today with relation to spending and consequences (lack thereof)? It looks like deficit spending doesn’t matter… I suppose at least until it does – whenever that is.

What is Just Enough government

That will always be up for debate and opinion.

However I have an idea…

It’s not that long. Copied and pasted into a Word document it’s only a handful of pages. You can read it for yourself from the National Archives website.

There’s another document called the Bill of Rights. It too is short. And to the point.

You wonder how these relatively small framing documents (designed to keep government limited, with checks and balances,) how did we grow into such a behemoth?

I know… we get the government that we deserve. It is apparently what most people want.

I would advise any American interested in the state of our government to own their own hard copy of these documents (and actually read them),

This book contains the following documents:

So, what’s your opinion?

Is the concept of just enough government old and archaic?

It sure seems that way…