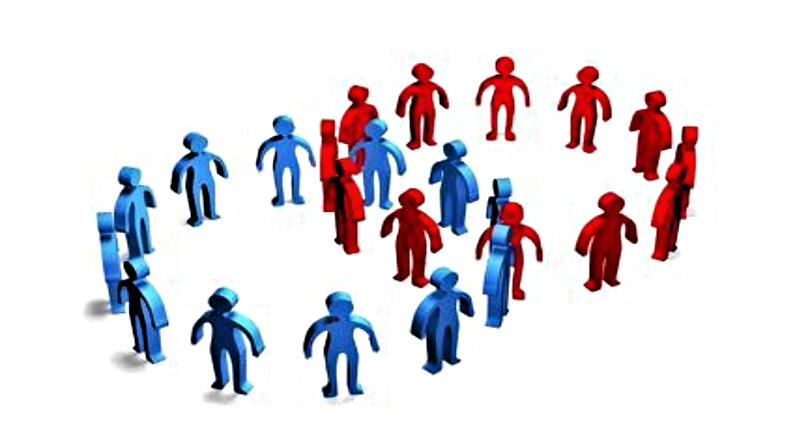 Characterized by a tendency to form groups or by strong group loyalty.

I watched a short ‘TED talk’ regarding PTSD which had been recommended by a MSB reader (incidentally, no, I don’t have PTSD). The speaker drew some intriguing observations, one of which pointed out how we as a people are inherently naturally tribal.

I’ve always believed this to be true. Logically, it’s hard to dispute. Tribalism is built-in to our DNA. Survival required that we be tribal during ancestral times, before our modern era.

We largely consisted of close-knit families, communities, ‘tribes’ so to speak. Everyone went through their difficulties (and successes) together and did their part within their tribal group.

You might draw similarities to that of a platoon.

Today’s modern era has essentially isolated us from a tribal lifestyle. It’s reasonable to argue that our modern way of life is not real compatible with our ‘built-in’ code to live tribal. A modern city may house a million people. But the majority of those people are isolated from each other even though they live so close together. Sounds lonely.

Military veterans who work so tightly together on the battlefield (e.g squads / platoons, etc.) are most definitely living/surviving as a tribe during their time. However when returning to civilian life, they’re suddenly thrown into a modern non-tribal ‘lonely’? ‘unnatural’? lifestyle – starkly opposite from how it was on the front lines. And this leads to ‘issues’ for many…

I agree with that.

We Become Tribal Upon Disaster

Why is it that following a disaster, people tend to pull together locally and become tribal? Neighbors who rarely speak to each other will align together (as a temporary tribe) to help pull through the situation.

It feels good when that happens (not the disaster – but the aftermath of tribalism). Why is that? Why does it feel good to band together and help each other out?

Could it be because it’s built in to our ‘code’?

Did you know that right after 9/11 that crime in NYC apparently went down 40%?

People rally around, or ‘circle the wagons’. Suddenly there is a common cause with which everyone can agree and come together to focus their energies.

Anyway, I’ve touched upon this sort of thing before, but this got me to thinking about it again. I believe we are inherently a tribal people.

Many of the problems we are seeing today may be attributed to the break up of the tribal unit. We are not dealing with that so well.

What do you think about it?