Stuxnet, first discovered during June 2010 is the first worm of its kind to take aim at the foundation of critical industrial systems.

It was uniquely written to spy on, reprogram, and attack the systems used to control and monitor industrial processes, while at the same time hiding the changes it makes.

The bulk of the media reporting on Stuxnet has been focused on its apparent design to target Iranian nuclear control systems because it contains specific code to hack the underlying “Siemens” hardware and software used within the Iranian systems. Although this particular targeting may be true, the Siemens systems are used far and wide to manage other types of industrial facilities including water supplies, oil rigs, and power plants in many parts of the world.

Now that Stuxnet is out in the open, the door is wide open for much wider spread and disastrous possibilities, given the will to do harm. It could conceivably be used as a blueprint, and tailored or modeled to inflict a extreme catastrophe. 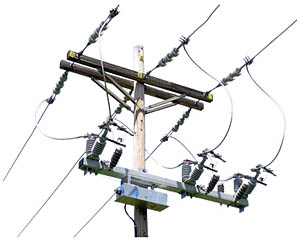 Think of this… a modified Stuxnet worm is introduced into the network of an operational nuclear power plant, where it silently reprograms the control systems of the nuclear reactor and waits until a pre-determined time to enact its devastating plan, a nuclear meltdown.

Imagine the same worm being inserted or replicated in multiple nuclear reactor networks, all executing their devastating code at the same time, creating not only a nuclear meltdown emergency of epic proportions, but quite possibly bringing the entire electrical power grid system down from cascading tripping circuit breakers as the instantaneous demand for re-routed power is not met.

To consider such possibility is not alarmist. Instead it is a responsible process to think, speak openly, and to consider the vast network of control systems that underlie our dependence on infrastructure, and to plan ahead for a cyber-weapon similar to Stuxnet that could conceivably bring it all down and change our lives in ways that we cannot imagine.

While industries scramble to cope with this new threat, it would serve us all well to consider our own survival plans in this rapidly changing world of uncertain times.