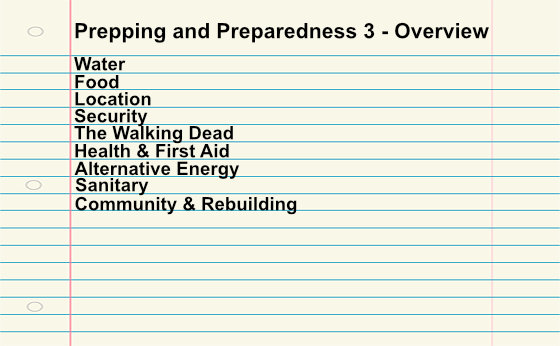 Check the series overview for my logic and reasoning why I split it the way that I did.

You might say that Preparedness Level 1 is about being prepared for “emergencies” (more likely, and lasting up to 1 week). Level 2 however is “disaster” preparedness (less likely to occur, lasting several weeks up to 1 month). On the other hand, Level 3 is truly a “SHTF” collapse scenario enduring beyond 1 month into several months up to 1 year.

While a wide ranging Level 3 catastrophe may seem very unlikely, the fact is that if it were to happen in today’s modern world, there will be a high likelihood of non-survival.

Yes, that’s right. There will be little chance of survival in today’s dependent world if sustaining infrastructure and distribution were to break down for an extended period of time. We are NOT the same society as our ancestors who could largely survive on their own or within the circle of resources in their communities.

Level 3 will be nothing like Level 1 or 2. Why? Because the length of time presumes MAJOR MALFUNCTION to the extreme. It’s one thing to be living through several weeks of disaster on your own. A disaster that’s regional (usually major weather related) and will be over before too long. It’s entirely different trying to live through a complete breakdown affecting well beyond just your local region. A loss of modern infrastructure and distribution will doom most of those affected.

I will write about several topics for Level 3, each with their own unique preparations and considerations that go well beyond Level 1 & 2.

Within these topics there will be sub-topics of prep concerns which I will also address. I may think of others, but the list above covers the 30,000-foot view of the major issues.

As you most certainly know, water is a top level priority. Dealing with water preparedness for 1 week, or several, is not terribly difficult. Though it could be, depending on a few things… With that said, water for months or longer WILL require a different approach. You cannot in practicality store that much water.

Fortunately, we CAN store enough food to last for a year. It gets a bit tricky compared with one’s deep pantry for just a few weeks or a month or two. However I will address those issues in this topic.

Oh my… This one is going to be very, or fairly important for some. Though for others not so much. I’ll explain why, and what to do about it during the discussion of Location (one’s home, or BOL).

To an extent, location will tie in with one’s personal and home security. But only to an extent. The issue of safety and security is going to be HUGE for EVERYONE in a Level 3 event. There will be some very uncomfortable thoughts and discussion within this topic. As well as ideas how to think of and implement security plans.

Sort of like the title of a popular TV show, a Level 3 societal meltdown will lead to a certain amount of “the walking dead” zombies. The reality will be LOTS of desperate and then dying and eventually dead people. I don’t care where you live during this event, in my estimation you WILL have to deal with some of this (or much of this). It’s not going to be easy, to say the least.

Unlike Level 1 or 2, during a long term SHTF of many months up to a year there’s going to be circumstances that require First Aid of some sort. Potentially including trauma care. That, and other health related issues will be significant enough to discuss in its own topic.

It will make life MUCH easier if you have alternative energy sources during this period of time. This not only includes electricity generation but also natural resources. A Level 3 collapse assumes there will be no power grid. Having some, will provide leverage and advantage to survival in general.

There will be all sorts of sanitary / sanitation issues to deal with. Ordinary cleaning, hygiene, washing, human waste, etc.. Imagine a (long) time when your municipal water and sewer systems are non-functional. This will be a high priority to deal with.

It will be very difficult if not impossible in some cases, to “go it alone” for so long. Some will try it alone, and get through it. Others will try and be overrun, displaced, or worse. There will be an initial period of high danger whereby like-minded neighbors (community) could be great assets for security and safety (among other things). Then the great die-off. The follow-on period will be safer, though again, a like-minded local group will be better able to succeed afterwards. And eventually rebuild.

In summary, it is not so easy preparing for Level 3. It takes time, commitment, skills, and yes, more money. Is it worth doing? Well that’s up to you and your risk-tolerance threshold.

On the surface it seems like such a catastrophic collapse would be very, very unlikely. The reason it seems that way is because of our normalcy bias. Most of us have never faced anything even remotely like this. Life is so cushy, easy, everything at our fingertips, that we can’t possibly imagine a collapse of infrastructure to this extent. “That will never happen”. Right?

Maybe you’ve taken out a college tuition load (or maybe you haven’t), you’ve completed four years of college, have a Bachelors degree, and can’t find a job that pays anywhere near what you expected. Or maybe you can’t find a job at all? You have come to realize the state of the world that we’re… 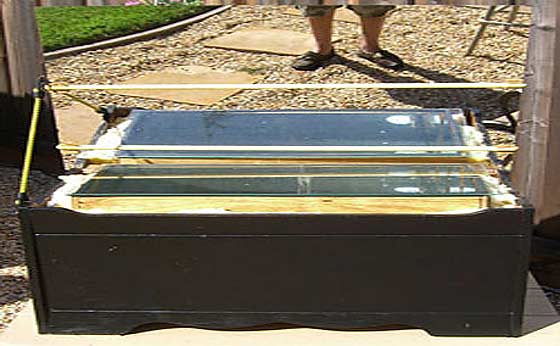 How will I cook without electricity or gas if it ever comes to that? Here’s one way… 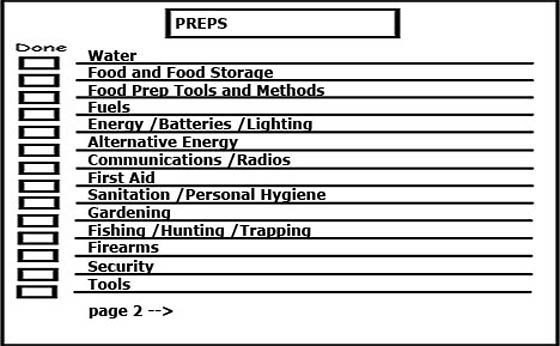 While getting started with prepping and preparedness, it may seem overwhelming to figure out what you need, and what you need to know. Don’t worry too much though, because the fact that you’re even thinking about it puts you way ahead of nearly everyone else. There are logical ways to go about starting your preparedness,…

You spend about 38 percent of your time at work. So do not overlook your preparedness for just in case the balloon goes up while you’re there… 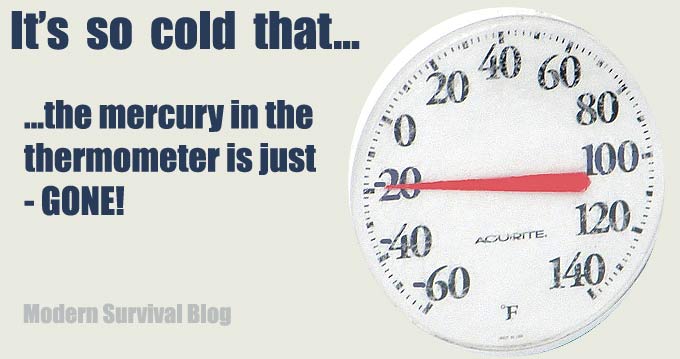