Group Unity Is Going To Be A Big Component In A Long Term Situation. 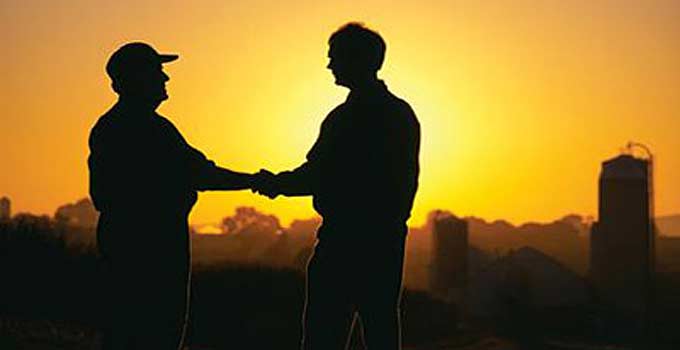 “Why can’t we all just get along?” Answer: Because we’re human.

Unless you’re young and naive, you know full well that there is seemingly an infinite personality variety among we humans. No two people are alike (in more ways than one!).

A challenge can be “getting along” with others. Sometimes it’s easy. Some people just seem to “click” or to get along just fine. Others, not so much.

This is true in all groups. At work, at play, even family. People turn out the way they are.

The reasons why they turn out that way is not for me to say. What I am saying is that everyone’s different, and group unity will be critical to success in a long term situation (e.g. post collapse survival).

Okay, so that’s pretty obvious. Not everyone’s the same and not everyone gets along…

Some of us preppers also prepare for worst case scenarios. Perhaps total breakdown of society due to one reason or another. A time in which we’re literally without rule of law (WROL) defending what’s ours, surviving the Apocalypse, rebuilding from societal breakdown.

Many of us will not literally be alone, but will be among a group. Maybe it’s your own group. Maybe it’s someone else’s group that you’ve joined. Although more mouths to feed there is power in numbers. More work can be done. Easier to deal with defense and security.

However the more people the more challenging for group unity.

That said, I sometimes think about the conflicts that WILL arise within a group, especially during times of stress and duress. It could become a very serious problem indeed.

I just read a related comment here on MSB that reads as follows:

Another thing to take into consideration is personalities and possible conflicts between those in the group. This is a big one for us and because of different issues, there would be family not included because there would be major conflict if we had to live together for more than a short period of time.

I think group unity is going to be a big component in a long term situation.

None of my family knows that we’ve started prepping and they will never find out. It’s just how it has to be,

Group unity will indeed be crucial for long term success. While there will always be an extent of disagreement and differing opinion among two or more people, one wonders of the potential for conflict that may endanger the group.

A key to this will be recognizing that a given person or persons might become a problem in this regard. Some personality traits simply won’t be conducive towards group unity.

Some obvious personality traits that may be detrimental include:

While not a personality trait as such, differing political ideals will often lead towards disagreement. For me this is often (not always) a general gauge as to whether or not I might get along with someone…

I do have many friendly acquaintances with those of different ideology than me, however I know that most of them would not fit into my “group” during a long term situation.

Some hard decisions may have to be made. There WILL be others who will want into your group. Many of them will be people you already know who themselves have not prepared.

You might think about it now, before you are “forced” to think about it when there’s a knock at the door. Who, if any, would you let into your group?

Lets say you already have a group. Here are a few more questions:

– How will group unity be best maintained?
– Will there be written rules? (Have you written them yet?)
– How will decisions be made?
– Do you need a definitive leader?
– Will power be shared?
– Some people don’t respond well to “authority”…
– Will some groups be led by a hardcore “dictator”?
– How will you deal with troublemakers or dissension?
– How to deal with ordinary personality conflicts?

I believe that a best case scenario would be a group of like minded individuals of varying contributing talents. Each of them strong in their own way while not selfish or demanding that they themselves be “King”.

That said, I don’t like the idea of too many “followers” in a group — however a group filled with A-type personalities may be difficult at best. Where’s the balance?

Anyway, I thought this would be a good topic to think about today…