POLL: What State Do You Live In, And Why… 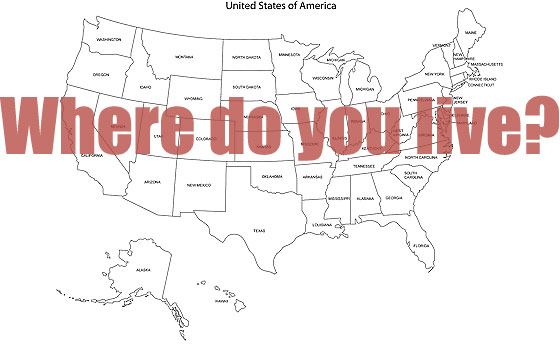 Ever wondered where your fellow preppers live? Participate in our anonymous poll and let us know what state you live in (and find out where others live too). I thought that it might be interesting to discover the general demographic of where we all live (obviously those who visit this site). Even if you’re a lurker who doesn’t comment, you too will help provide an anonymous geographical cross-section by participating… For those who live outside the United States, I have a selection for ‘Other Country or Territory’ (feel free to list your country in the comment section) Additionally, if you do choose to comment about it, let us know why you live there and try to answer the following questions:   First, participate in the poll. Then…tell us your state (if you want to) Then… 1. Why do you choose to live where you are? 2. What do you like about your state? 3. What do you dislike about your state? 4. Are you happy or concerned about the direction your state is headed? 5. Do you wish you lived in a different state? Which one? Why? Note: When viewing poll results, hover your mouse over the red bar under a state name to discover how many have voted.

How Many Preppers Per State

POLL results are in. With more than 1,000 participants, here are the raw voting results: Note: The numbers below are raw voting results and are not ‘normalized’ for the population of each state (which I will do in a subsequent article). UPDATE: State Rank List – Percentage Of Prepper’s Per Population 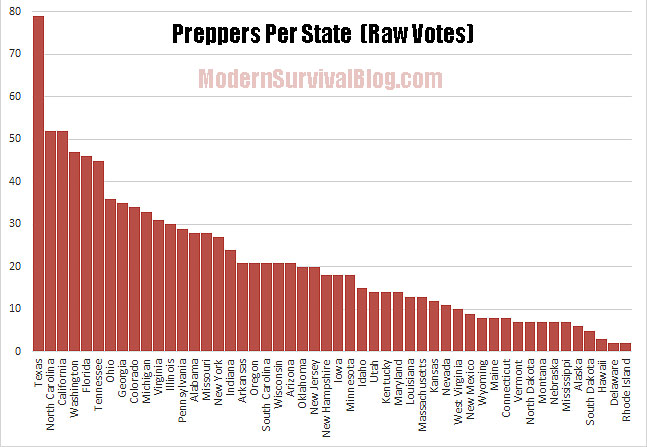