When people think about prepping for survival, they most often think about bugging out, stockpiling food, travel routes, etc.

However, have you ever thought about how you’d survive the extreme initial stages of a disaster, such as:

Now many of you might think this is overkill. That’s fine.

But I’m of the mindset that you NEVER know when an attack is about to happen and in what form it will come.

Sept. 11 was a good example of that. So was Katrina. And look at all the demonstrations that are happening these days? It doesn’t take much for these things to turn ugly…FAST!

So here are 3 of the “weirder” survival items most people don’t think about carrying, that I feel you should have on you at all times:

The number of uses for a pry-bar are endless.

The model I carry is the “Exhumer 8” from Dead On Tools.

If you’re on the run or bugging out, you can use it for breaching obstacles, gaining entrance to a door or even getting out of a trapped car.

I have mine wrapped in 550 paracord and it’s a beast of a self dense tool as both ends are brutally sharp and will seriously jack someone up!

As controversial as it may seem to some, you want to be able to escape from handcuffs if you need to.

There are plastic keys now that fit nearly all (or all) handcuffs universally and take up no room at all.

I use the one from Magna Light and I’ve sewn my pants tag partially closed so it creates a snug pocket to hide this key.

If you’re ever handcuffed behind your back (as in say a home invasion, hostage situation, etc.), you can easily get the key and unlock yourself or hand it off to someone else to unlock you.

The thing about thugs is that they know that the stakes are much higher if they attack a police officer.

Now, I’m not saying to impersonate an officer, but let’s say you get trapped in a riot as a result of a demonstration that went horribly wrong.

Assuming that police aren’t the target of the demonstrators, having a badge that looks like an officer’s badge could ward off attackers who think you’re just another easy mark as they rampage through the area.

You just take out the badge and tell them to “Back off! Just go your way and I’ll go mine and neither of us need to make this an issue. Got it?” and then back out to safety as you assume their agreement.

There’s a bunch of other stuff you should carry as well.

In fact, I actually carry 29 URBAN SURVIVAL RESPONSE ITEMS on me at all times!

These are all items you would use for survival or during an “escape & evasion” scenario where you were targeted or caught up in a violent attack, (such as in a riot or looting as a result of natural disaster, etc.)

Now you’d think that 29 survival items would make you look like you’re loaded up for a trip up Mt. Everest, right?

But actually, no one would ever know you’re carrying this stuff!

All of the items fit in a small survival bag (that’s only 7″ x 8.5″) that I keep on me, either in a laptop case that I’d normally carry anyway, on my person, or in my “map case bag” from my military days.

It’s literally almost like having a Batman Utility Belt on you at all times!

You can decide what works best for you, but I’d personally feel naked without these survival items. The confidence you’ll have that you’re prepared for anything is a real comfort in today’s world. I came across this video and just had to share it with our readers. I thought it was pretty funny and laughed my a$$ off while watching it several times… I hope that some of you will enjoy the comic relief too… 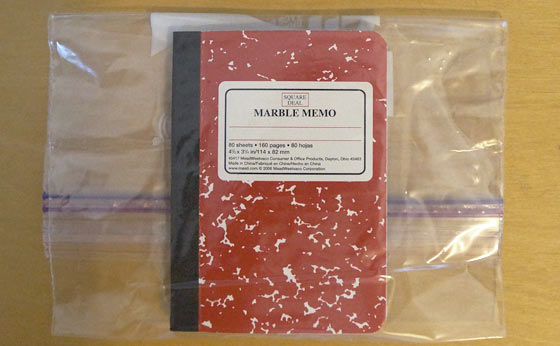 In addition to the items you keep in your 72-hour kit, bug-out-bag, or any survival kit, do not discount the value of keeping a hard copy written list of information including important contacts, and even account numbers and passwords with simple encryption… (updated) Although your smart-phone or other electronic device may be a convenient place… OPSEC or Operational Security among your inner circle may be more important than you realize, and this is why… Start close, 5 yards. Follow the guidelines described by former LEO for basic training with a handgun. Once mastered, move on to 7 yards, 10, 15, then 25.

Mass casualties can result from a human stampede. A peaceful crowd can quickly turn into a senseless panicked heaving mass in which rational behavior by any single individual becomes nearly impossible. What’s worse is that the stampede can be triggered while there is no actual danger. Under certain situations, a crowd that has grown to…