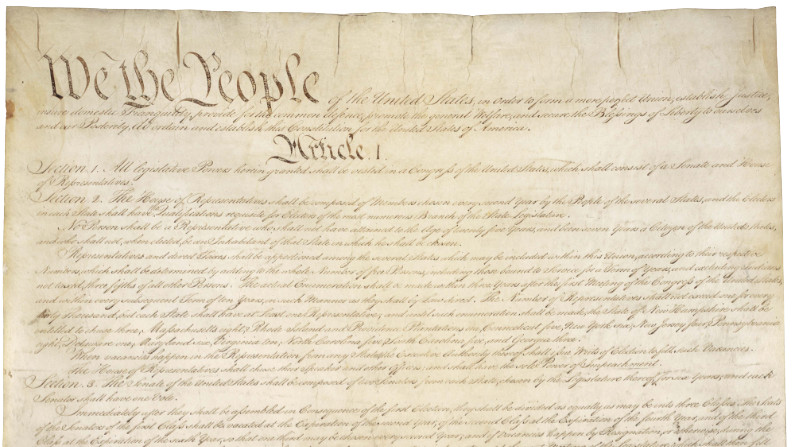 Where Our Rights Come From

The Constitution of the United States is the only Constitution to recognize God, not some king, prince, dictator, president, or ANY PERSON or GOVERNMENT as the grantor of “the blessings of liberty”.

The concept of God-given rights – you don’t have to believe in God to understand what natural rights are – “because I am here rights”.

We as a people have a real Bill of Rights to protect the freedoms of every citizen from the enormous power of government.

The Bill of Rights – Full Text

Ours is the only founding document of its kind which give every law-abiding citizen the right to pray, or not, as we believe and to keep and bear arms, a right that “shall not be infringed.”

We are the only country where every law officer, every member of our armed forces, and every elected official takes an oath of office with words like these:

“I solemnly swear to support and defend the Constitution of the United States against all enemies, foreign and domestic, to bear true faith and allegiance to the same.”

That pledge is not to a person or a political party. It is to the U.S. Constitution. Every word of it.

It’s an oath that ends with the words, “so help me God.”

I have filed this blog post under ‘Security’, having written it while inspired by recent words from LtCol Oliver North (recent “1st Freedom” magazine). The founding documents surely are our security, if we can keep it. Unfortunately we’ve been giving it up a little at a time while powerful political, governmental, and even private entities are essentially tearing down their constraints.

We are in a Constant Battle

We are in a constant battle to protect the 2nd Amendment, the ‘holy grail’ standing in the way of ultimate power over the people.

Our First Amendment and freedom of speech are facing a particularly grave threat today. Right leaning viewpoints are under full attack. Christians and values thereof are under attack. If you’re white and (God forbid -gasp) a white male, you’re under major attack. They’re not even hiding it anymore.

The Fourth Amendment has been under particular assault as our privacy has vanished to high tech tyranny and powerful government agencies. We are spied upon 24/7. If they can spy on a U.S. President while attempting a coup, then anyone can be targeted. Anyone at all.

It’s as though we are now beholden to Big Tech and Big Government rather than a higher power. It’s as though the Constitution really doesn’t matter so much anymore.

Our “God-given” individual rights and freedoms which are guaranteed by the U.S. Constitution are seemingly up for grabs.

Our rights come not from man. We are born with them as individuals. At least that was the original thought from the founders.

Apparently minds are changing. Evidently many people now believe that our rights are granted to us from government, a socialist government at that… I read a few reports the other day how a recent poll indicates that at least 4 out of 10 embrace some form of socialism in this country! …while 57% of democrats are in favor (6 of 10!).

For Socialism then Communism to Flourish

Think about that for a minute.