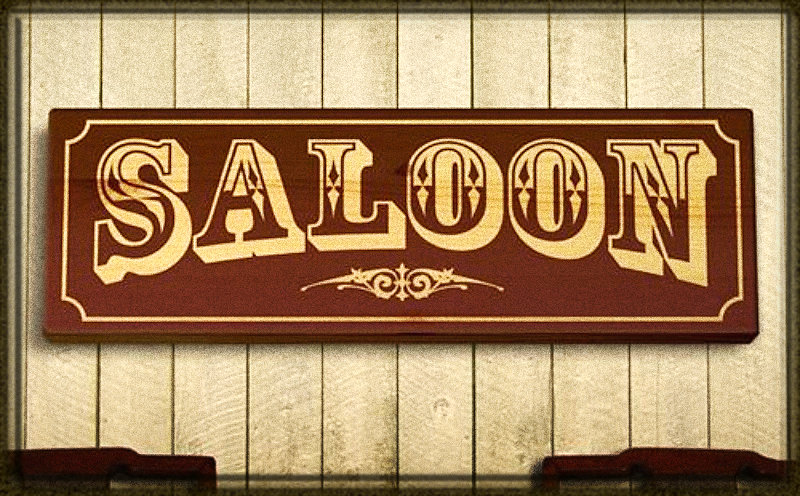 You’re walking down Main Street in small (or big) town USA. Main Street is a public street. Anyone is allowed there. Somewhere along the street you might notice a public square. A town common, if you will. It’s a typical site in most any old New England town – even the larger cities.

The public square being where people would gather together for various reasons. Everyone has a right to be heard there, or any other public place. Though there’s no right that others must listen to what you have say. They may shout back. Or leave.

Along the length of Main Street there are private establishments, businesses, stores, restaurants, gas stations, you name it… on either side as you walk its sidewalk.

Some are shops selling various goods. Others, places of employment. Maybe there’s a church. A movie theater. A club, a bar… Point being they are private establishments in one way or another.

One of these buildings has a sign on it that reads “The MSB Saloon”. That’s kind of what we are here at Modern Survival Blog – in an analogous sort of way. A club / bar / tavern / saloon… sitting off the side of Internet Street.

There are a few taverns in town. MSB is just one of many dotting the roadside among the cities and towns.

Most are free to enter. They all have their own reputations. Some, quite poor (unless you like to brawl). Others, pretty good.

Some of them are especially private clubs – requiring membership to enter. Our club however welcomes anyone off the street – like many others. There’s not even a cover charge.

However, there is a code of conduct

There are policies and rules of behavior set in place by the owner. All civilizations have rules, though the owner wants everyone to enjoy their time while there.

Most people are reasonable. The code of conduct simply spells out reasonable behavior. Nearly every reasonable patron will never have a problem with the policies.

The establishment owner also knows that sometimes a “jerk” or agitator will come in and pick fights, or get drunk and make a scene. Most people don’t like that.

Sometimes the club’s bouncer has to intervene and throw out a troublemaker. Occasional bruising may result during these incidents. However, the patronage is appreciative to get rid of the jerk.

Surprisingly more often than not, the jerk shows up again the next day. The crowd casually observes – wondering whether he’s going to start trouble again and throw a sucker punch at somebody.

After a few drinks, sure enough, there he goes again…

The bouncer steps in, grabs the jerk to shove him out the door. The jerk shouts “I have every right to be here!!” “I can say whatever I want!!” “You have no right to throw me out!!” “This is a free country!!”.

Nevertheless, he’s tossed out on his ass once again.

As time goes on, a few more of this type begin making trouble in the saloon. Round and round it goes with the troublemakers who are intent on aggravating the regular crowd who ordinarily enjoy their time at the establishment.

Eventually some of the regulars don’t come back as often. The business owner sees this, and knows how and why this situation is affecting the clientele.

So, why am I telling this story? To exemplify why sometimes these types of people get permanently banned from this platform. I have a low tolerance for this type of bad behavior on my site. I don’t allow the “one bad apple” to spoil it all. Fortunately it doesn’t happen very often.

[ Read: Freedom of Speech on the Internet ]