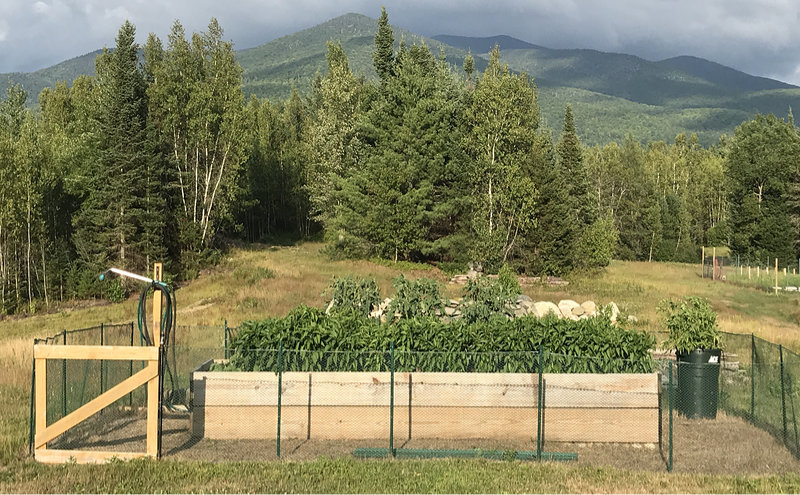 Food independence. The concept goes hand-in-hand with freedom. Free from a collapsing infrastructure of global agriculture during a time of great uncertainty. And out-of-control higher prices.

Avoid or side-step the coming chaos.

Here’s something to bear in mind… A nation with sufficient numbers of hungry people (or people paying a much higher percent of their income on food) will revolt against its government. It has happened throughout history. Chaotic rebellions. Social unrest and chaos. Food for me but not for thee. The elites, and the peasants. Tyranny and enslavement. Regime’s have been toppled and replaced. All because the people are hungry…

Everyone with a thinking brain should recognize what’s going on right now. At least to an extent enough to realize that food prices and food shortages are worsening (for various reasons, some by design).

Here’s one recent reason… Just in the past several days, several ‘bread-basket’ nations have stopped their exports of various grains to the world. The immediate results have been huge financial market swings in those sectors.

By the time this works its way through the chain (lack thereof), you’re going to see more related shortages and much higher prices. Do you know how many food products (and other production) require grains? And this is just one bad thing of many that’s going on out there in the world, right now. No fertilizer from Russia (worlds largest ingredient supplier). How’s that going to go? How about the biggest wheat shortage right now in China? How many people to feed over there?? Couple all this with WAR. INFLATION. FUEL PRICES SKYROCKETING. Lets Go Brandon…

Use Your Critical Thinking To Hypothesize Food Future

Here’s what I suggest. Use your critical thinking brain to hypothesize the future. What might the picture look like in a month. 6 months. A year.

Look at what’s going on in the world right now. Dig deeper. Research and listen to what others are saying, other than the mainstream news. The truths are out there in plain view. I, and many of you, already have a pretty good understanding of the big picture, and how they are relating to current events. We know the agenda. And I’ll just say that it’s very, very bad for freedom and liberty.

Food is an extremely powerful weapon. When you rely on others to feed you and your family, you are at the behest of the hand that feeds you. A desperate and hungry people will do just about anything to ‘sign up’ for their food rations (if there are any). That’s where we’re seemingly headed. The ‘welfare state’ is already signed up. But this is going to get worse. Massive inflation. Much higher prices. Shortages of foods. A hungrier people. Angrier people. And I won’t even get into the cost of fuel right now! Lets Go Brandon…

I don’t know if the NWO agenda can or will be stopped. I do know that they’re exposed, and entirely out in the open right now. So that leads me to believe they’re not going to pull back at this juncture. They’re all-in. So, that leads me to the next chapter…

Expand Your Garden While You Can

Given the latest state of events in the world, you can bet your ass that I’m expanding my own gardens. I will selectively plant and grow foods that will provide calories and good storage.

I am irritated because that’s going to mean more work for me. But, I would rather do the work for my increasing food independence. I’ve got plenty stocked away as it is. However, the more I can learn about my own land, and what works for me, the better off I’ll be in the future. Plus, it’s good exercise, right?

I really want to add another 4 x 16 x 2′ raised bed. Given today’s prices for materials, I can only imagine what that’s going to cost me. Although it will likely cost even more the longer I wait to expand.

I’ve written about it a number of times. Survival calories first. Then, nutrition as best you can.

Some Of What I’m Growing In The Gardens

My primary crop is the potato. Though corn is right up there in calories, you get more calories per square foot with potatoes. Plus, I just can’t seem to grow good enough corn in my particular soil and short season. I have had excellent results storing my potatoes. Home-canned too.

Carrots. I’ve had good luck growing carrots. Got lots of home canned carrots now. I plant them around the tomatoes too. They thrive.

Bell peppers. Not so high in calories. But good nutrition add. And they taste great. We have perfected storing them (vacuum sealed in pint bags for one of the chest freezers). We grow enough for a solid year of regular consumption.

Maters. I mean, tomatoes. We still have lots of home canned pasta sauce from previous years tomatoes. I do love the monster size Brandywine tomato for it’s incredible flavor. That’s what a tomato should taste like! Will grow some again this year.

I’ve been doing garlic the past few years. They’ve done great! Planted some more last fall for over-winter. They store well too.

Like I said, I will hopefully add another raised bed. Will have to expand the fence around that particular garden area.

Water, water, and more water. Irrigation. This one so much depends on our weather. How much rain. Or how little rain. A few summers ago, we hardly had any rain! I was constantly watering. My raised garden beds are not far from the house. Not such a problem. However, the big garden is pretty far away. About 400 feet. That’s how much hose I run down there. Have to water it all by hand if needed. Thinking about methods of better automated methods such as soakers, sprinklers, whatever…

Every year I do experiments. Several years I’ve tried potatoes in a barrel. It has never produced like they say it would. Visions of 50 pounds yield coming from a 50 gallon barrel. Nope. So I’m giving up on that one. Not sure what I’m going to try next.

Yes, it can be a lot of work. On the other hand, with a good system, you can make a pretty good dent into being somewhat food independent. There’s just two of us. Mrs.J and I. So, it’s easier in that we don’t have to grow tons of food to help in this department.

Find some crops that grow well for you and your area, your soil, your climate. I suggest focusing on calories first. Figure out how to preserve your crops. Home canning is one obvious great way to do this (for some foods). A chest freezer. Plain old cool/dark storage will keep some foods in good shape for many months. I’ve stored potatoes for 8 months this way.

Livestock. It’s the next level. We have chickens. Lots of eggs. On and off again we’ve done pigs with our neighbor. Our neighbors daughter (and son-in-law) do beef. So we get beef in the freezer too. Another neighbor down the road does the same thing (beef).

Community. Local. This is how we become independent to the extent we can. This is how we can survive a collapsing infrastructure that’s dependent upon many things ‘global’. When those systems break down, people are going to starve. The poor starve first. Then the middle class. The elites however, they continue to eat their steak and lobster.

Urban food production. Obviously quite limited, or illegal all together. Live in the city? Well, you’re SOL. Sorry.

Suburban food production. Yes, it can be done. There’s enough ‘grass’ that can be converted to garden. However, your politicians and their zoning laws may prohibit lots of possibilities – depending on where your own suburbia is.

Rural food production. That’s the ticket. Mostly limitless possibilities. It’s one reason I moved there. My own biggest issue is a very short growing season given my latitude. But, I make it work.

They Want To Take Away Your Personal Food Production

The powers that be. Your dear globalist elites. They want you to eat bugs. “You vill eat ze bugs”, says Klaus Schwab. And you will like it (they say). They want to ban meat. Yup, that’s right. No more meat for you. Those cows fart too much. We’re all gonna die, don’t ya know… Your carbon footprint. You bad, bad person.

Anyway, just know that the global NWO elites do not like your food independence. They have, and will continue to use food crisis, which plays into their hands of ultimate control. You’ve already been conditioned via c ov id. ‘V a cc ine’ ID’s to participate in certain aspects of society (even though they’re killing you with it). But I digress…

It’s more important than ever to take matters into your own hands. Expand your food production. I have a feeling you’re going to need it…

[ Read: Societal Breakdown And Collapse – Who Will Be The Most Valued Afterward? ]