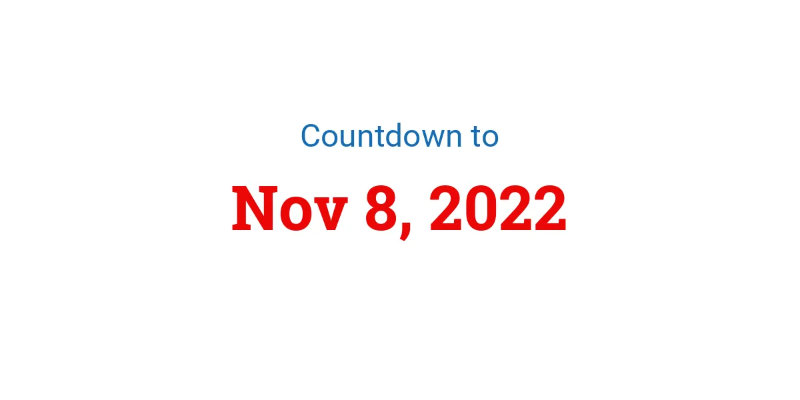 “I’m expecting some big game changer to get unleashed before the November midterms.” In essence, that quote encapsulates widespread opinion. Do I feel the same way? Well, yes I do. It’s best to “expect” or suspect something like this – than to be completely unaware or caught off-guard.

Lately, I have not written too many articles of opinion and commentary having to do with politically charged content. However, today is different. Why? Because time might be running short. That is, to be prepared to a greater extent.

Mr. Global is watching the clock. The power elite behind the curtain have not come this far to be set back in November…if they can help it.

They control much of our Congress, and are not going to allow their plans to be derailed by a conservative red wave…if they can stop it.

Their puppets have caused tremendous damage thus far. Much is going exactly as they planned (and told us – if you look for it). They absolutely need a reset to maintain their control and world domination. The present system is nearly finished. And that reset, in part, necessitates a (controlled) collapse into their new system.

A sweeping “red wave” in November spells trouble for their plans which are going so well right now. And that precedent cannot be set for 2024…

“I believe the time frame of August to September is correct [some big game changer]. My son is running for congress and you cannot believe the ground swell of support he is getting. People have had it with inflation. Gas prices and the cost of food is killing the middle class. Jobs are not being filled. I have told my son there will be no election in November.”

It’s true… Americans have had it. Many intend to express themselves in November. And Mr. Global is fully aware.

What are they going to do before the November midterm election?

Here’s another commenter’s opinion… “They are either going to trigger a war with Russia [which could even potentially go nuclear], or launch another pandemic, or collapse the economy, to sideline the elections. Who knows? But they are simply not going to have it. The result will be civil unrest to the level we’ve never seen before. The middle class have had it.”

One thing’s extraordinarily obvious. They really, really want (World) WAR with Russia. If we went there, well, that could certainly go bad very, very quickly.

Their mouthpieces have been trying hard to stir up more virus fears. However that has not been as successful as hoped. People have caught on to that one (e.g. 15 days to flatten the curve…, just get another shot and you won’t catch it…, the VAERS data, and whoops – now there’s something called “sudden adult death syndrome”…, etc..).

Let’s think… what else might they do? Well, here’s something that I believe is well within the realm of possibilities… Dementia Joe could be removed. Kamala takes over who’s told to select a particular VP (Michael Obama, or, Newsom, or?) That would certainly shake things up if they select a VP who fires up their base. Who encourages their base to come out and vote the midterms to keep their power for 2024 when that chosen VP runs for president.

If they somehow manage to stay in power following the November midterms, given what’s happened the last year and a half, you might say we’ll be in quite deeper doo-doo. That is, if we’re here at all, given some of the crazy dangers out there.

Get right, hold on, and just try to stay out of the way.

I know I’m speaking to the choir here. We are living through an incredible time in world history. The question is, when historians look back upon this time, what will be the story?

What it comes down to, we are not going to know what is coming until it happens.

Every day between now and then is a blessing we’ll later regret if we fail to make the most of prepping.

What’s your opinion? As the clock winds down to the November midterms, will we see a major game changer event that may somehow sideline the elections – or, influence its outcome in favor of “Mr. Global”?