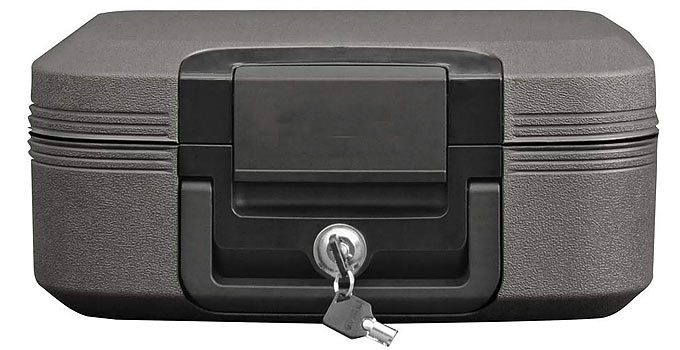 Do you have cash reserves for one month of living expenses?

These digits translate to numbers and balances in bank accounts, investment accounts, business accounts; they zip around the globe at light speed; they facilitate transactions ranging from one’s ordinary purchase of groceries to the complex chain of transactions that accompany ‘just in time’ inventory management from producer to end user (and everything in-between).

While digital transactions comprise the lions share of all money movement, cash is still accepted at most businesses. Although today’s young grocery store checkout person may have some difficulty ‘making change’ if you pay with cash (sarcasm – though sometimes true!) the fact is that cash is still ‘money’ (currency).

Why am I suggesting that it’s a good idea to build up (at least!) a one month cash reserve for living expenses? Especially given today’s primary method of electronic transactions using one’s debit or credit cards?

During a period of major emergency, even one’s best laid plans may ‘go out the window’. You may be prepared (or think that you are) but you may need something unforeseen.

Other than a complete collapse of the existing system, having cash on hand may be of some eventual benefit. Cash on hand to meet short-term and emergency funding needs.

And I’m talking about cash in your possession (not in ‘the bank’).

A ’emergency’ funding need may be defined in many various scenarios. It could simply be a time when you find yourself short of cash funds (for whatever reason).

Maybe the power went out because of a hurricane but the gas station down the street is selling gasoline (he has a generator and pump) but ‘cash only’. Now you can buy some and fill up your own generator.

Maybe your own generator conked out but someone who knows someone is selling one for $cash. Boom. Problem solved. Get the general idea?

Maybe you lose your job and suddenly find yourself short of funds. Now your cash stash will buy you some time.

Cash on hand is a forced savings. Except you are the banker. Not ‘the bank’.

The Banking System Doesn’t Like You To Have Cash

Why? Because it puts them (and .gov) out of the loop – either totally, or to an extent. They can’t track what you have.

Except! They can track what you withdraw… And they do. So be careful.

Why (be careful)? Because if you withdraw too much too soon, you will be flagged. I know that it sounds crazy (because it’s your money, right?)

There are many regulations in place which are designed to discourage and limit cash withdrawals. In part these regs are designed to minimize money laundering and criminal enterprise. Though truth be told, .gov (and the IRS) want their cut, their ‘VIG’, their ‘juice’. And the best way to ensure that is to monitor ALL of your financial transactions.

If you withdraw ‘too much’ ‘too soon’ from your own bank, a CTR will be filed against you (Cash Transaction Report) and reported to the government along with your information and social security number. If you try to withdraw smaller amounts to avoid the trigger, but do it too soon together, you will also be flagged and could even end up in jail (and major fine) for ‘structuring’.

While you may not be worried about a CTR because you might not be looking at keeping 10K cash on hand in your home, it’s still best to go about cash withdrawals a little at a time.

Lots of this (below 10K) is up to the discretion of the bank and the bank manager. They are different depending on the bank itself. Some may have little issue or suspicions (other than mandatory federal threshold levels).

I suspect though that the large “too big to fail” banks are going to be pretty strict. Which is why I do not bank with any of them. Instead a small (but healthy) regional bank AND a credit union.

When Your Money Is In The Bank, It’s NOT Your Money

Believe it or not, when you deposit YOUR money in a bank, it is no longer your money. You have a claim to that money, but in the event of bank failure, you will be last on the list to get it back. The creditors will get it first. That’s a scary thought…

You do know don’t you, that the FDIC is so underfunded that there is no way whatsoever that you’ll get much if any of your money back following a major financial meltdown of the system?

Your Labor – What Are You Working For? Invisible Digits?

How Much Cash To Keep At Home?

First of all, why do we keep money in the bank these days?

It is NOT for earning interest. There hasn’t been any real interest for a very long time given today’s interest rate policies. In fact you are LOSING MONEY keeping it in the bank (as you would by simply holding cash) because ‘real’ inflation is much higher than interest earned (much higher!).

– We keep a rotating amount of money in the bank for paying recurring expenses, bills, expected transactions. Convenience.

– Money is also kept in the bank for so called security.

I can’t think of any other reasons.

Given that money in the bank is not really your money, if you had it in cash at home, then it would really be all your money. Except you’re risking potential loss via fire, theft (unless you have a really good vault!).

You’re also risking red flags if you purchase things that are expensive with all cash. Imagine trying to buy a car with fist fulls of cash?

The bottom line is that it is difficult and potentially suspicious to transact outside of the electronic banking system. But having some amount of cash on hand could be a very helpful thing one day.

How much? That’s up to you, your thresholds, your risk tolerance.

Do not keep 50’s or 100’s. It always cracks me up when I see someone pull out big bills (some people evidently enjoy the attention).

How To Prep When You’re Broke

Keep Withdrawal Slips With Your Cash

If there is ever a situation whereby you might need to prove that your cash is ‘legit’ (as opposed to alternative sources of non-reported income for example) keep at least an equivalent amount of withdrawal or ATM slips in your safe with the cash.

More: Best Ways To Invest Your Money Rather Than The Bank