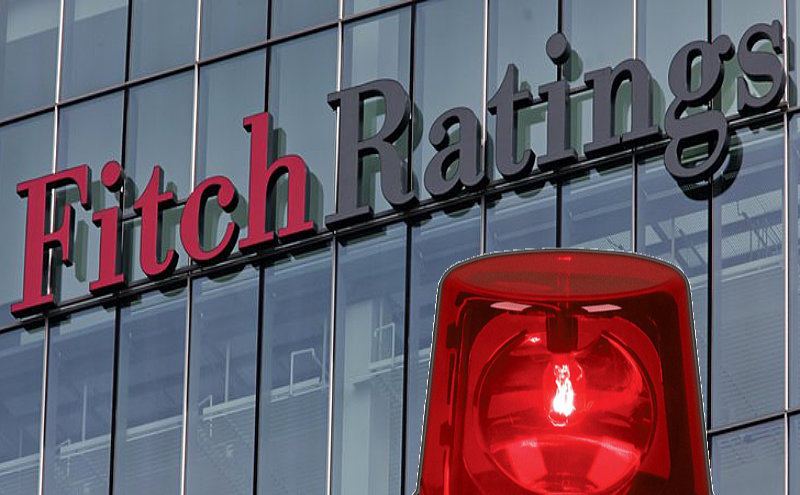 Guest article by “So Cal Gal”

Although it received minimal media coverage, something potentially important happened on July 31st. Rating agency Fitch downgraded the economic outlook for the USA from “Stable” to “Negative”.

Although Fitch did not reduce our sovereign debt rating from our current AAA status (yet) there was language in Fitch’s report that paves the way for more bad news to come.

( How might this affect you? I’ll talk about that at the end. )

Before we get to that, here’s some comments from Fitch on their downgrade of our “Outlook”:

(bold emphasis is mine):

“… the Outlook has been revised to Negative to reflect the ongoing deterioration in the U.S. public finances and the absence of a credible fiscal consolidation plan…”

“High fiscal deficits and debt were already on a rising medium-term path even before the onset of the huge economic shock precipitated by the coronavirus. They have started to erode the traditional credit strengths of the U.S….”

“…there is a growing risk that U.S. policymakers will not consolidate public finances sufficiently to stabilize public debt after the pandemic shock has passed.”

“The U.S. had the highest government debt of any “AAA”-rated sovereign heading into the crisis, and Fitch expects general debt to exceed 130% of GDP by 2021.”

AND our debt is expected to exceed 130% of GDP next year – after the worst effects of the pandemic shut-downs and borrowing for fiscal stimulus is supposed to have passed. WOW.

Fitch goes on to review a lot of data including a lot of what-ifs, potential rebounds, and risks. But without getting into all that detail, in summary, Fitch lists factors that could lead to us being downgraded from AAA:

…policies that could lead to “A decline in the coherence and credibility of US policy-making that undermines the reserve currency status of the US dollar and government’s financing flexibility”. Sounds like what’s happening right now, doesn’t it?

However I am sharing the Fitch report because most media outlets glossed over it. It warns of a potential downgrade to our sovereign debt. This could set a series of events in motion that would not be good for most of us.

Let’s say Fitch finally stops “adjusting” our rating and downgrades our debt… then what?

Moody’s would almost have to follow suit to maintain their own credibility. Unlike when only S&P downgraded us, markets would likely take a downgrade from all 3 agencies seriously.

We would expect to see the interest rate we pay on our debt go up (JP Morgan estimates a downgrade would cost an additional $100 billion a year in interest).

State and local governments typically can’t carry a higher rating than their country’s sovereign debt, so their borrowing costs would rise. Ditto corporations. Costs would be passed along to all of us taxpayers and consumers.

Politicians will look for more ways to stimulate the economy through even more government programs and spending. It’s a vicious cycle that is hard to break.

Mix in the turmoil and uncertainty of coronavirus, civil unrest and election season and we can all imagine the results.

As people who prepare,

We’re always on the lookout for signs or signals of danger brewing.

I see this Fitch report as one of those signs… the red lights are flashing.

Get Your Financial House In Order

For those still getting your financial houses in order, I suggest you hasten your plans to completion.

Pay down, pay off or consolidate as much debt as possible.

Review your investments (including retirement accounts) to be sure they make sense in this environment.

If nothing else, I hope this info encourages you to keep a close eye on not just daily stock market activity (which is highly volatile as we all know).

Keep watch on national and international financial news and other investments (how about those rising PM prices?).

We cannot control these markets and events, but we can control how well prepared we are to cope with the further potential bad news Fitch’s reports warns may be coming.