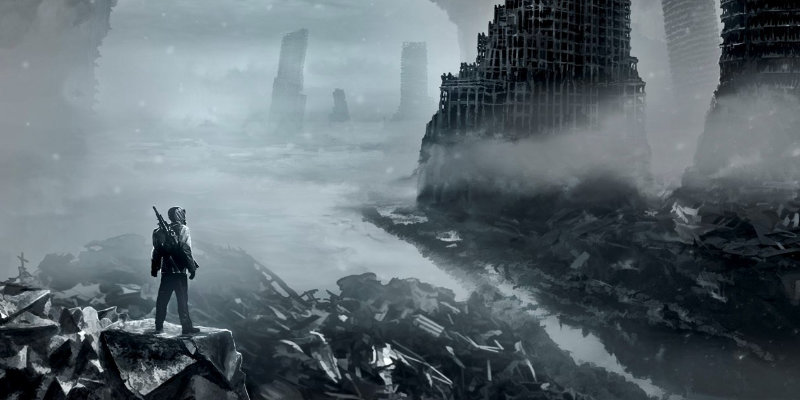 Let’s hypothetically set the stage. Or rather, maybe it’s not so hypothetical, but instead – about to unfold? Here’s the scenario…

The $hit has hit the fan, for real.

Runaway inflation. It cannot be stopped. Everything has become unbelievably expensive and unaffordable for so many people. Fuel and energy. Food. Just everything… Making matters worse, now there are diesel fuel shortages, diesel oil shortages, and DEF shortages. As a result, this has been grinding the trucking and freight transport infrastructure nearly to a halt. Consequently, food and product has barely moved of late. Stores are running out, and closing their doors. Out of business. This has all stoked the flames of the nation’s deep political divide, as people are freaking out. Law and order has crumbled to a state of ineffectiveness, given the rampant crime rising out of the social chaos.

The dollar has essentially collapsed, given the culmination of currency inflation/devaluation, out-of-control decades of spending into a false economy, and the loss of trust by foreign nations who are now transacting outside the dollar. Most people don’t understand why it happened. But it no longer matters. They are now truly in desperate dire straits.

The stock and bond markets have collapsed. Nearly all investments have gone bust. Pensions are shattered. Most 401K’s and IRA’s are toast. The crash of 2008 was minuscule in comparison to what has just happened…

There are runs on the banks as people need more and more money for food and fuel. But there are now limits on nearly everything, including cash withdrawals. Truckers are increasingly unable or unwilling to transport, given the costs and risks. And when the trucks stop rolling…the food stops flowing. Grocery stores have been mostly emptied from increasing panic buying.

Black outs are constantly rolling all across the country. The energy sector has been decimated from a combination of global supply chain breakdowns and intentional politically motivated regulations, policies, and shutdowns.

Several weeks have now gone by and most major cities have fallen into critically dangerous social chaos. People are desperate. There are not enough police to hold back the rioting and roving gangs of desperate humans – many of whom were just ordinary ‘civilized’ working people just weeks prior. Now they are congregating in numbers in search of food, fuel, and supplies – just to stay alive and survive. The government has been unable to help them. Many within law enforcement are not showing up for work, being more concerned for their own safety and securing their own families safety at home.

The government has mandated rationing of food and supplies, at least of what’s left. They are attempting to re-establish supply-chain distribution channels. But most drivers have stopped hauling due to extraordinary fuel prices, the scarcity of diesel oil and DEF, and the risk of being attacked for their cargo. The supply chains that do attempt access into city regions are being attacked by organized groups and gangs who steal it for themselves.

You live within the suburban sprawl of a populated region. Although not located within city limits, you are surrounded by many thousands of others who themselves are hurting badly while trying to feed their families and keep a roof over their heads.

Burglary is now rampant, even during the daytime. Groups of 5 or more will surge their way through a neighborhood and break through homes mostly without resistance, while residents fear for their lives and freely give up what supplies that they have in fear for their lives.

As the various groups of thugs and gangs slice their way through the chaos and desperation, they organize and grow in numbers to larger and more sophisticated forces. It has become completely out of control.

You are caught in an unimaginable horror. A horror not even conceivable in your mind just weeks ago.

Does this sound like a scenario that could only come from a novel? Do you think it’s ridiculous to consider something like this actually occurring where you live?

It is human nature to be set in your ways. To assume that things will remain as they are, at least within some reasonable variation. There’s a name for this… Normalcy bias. Most of us suffer from it to one degree or another.

If caught unaware and unprepared, abrupt changes can hit you like a freight train.

Many people know in their gut that the economic (debt-laden, bubble-blown, propped-up) situation within the United States (and most of the developed world) is teetering at limits of debt service and phony perceptions that cover up the coming reality, having borrowed extraordinary gargantuan sums of ‘money’ to keep systems going. We are definitely at risk for some economic shock hardships beyond which we’ve ever experienced in our lives. There are extraordinarily large bubbles out there waiting to burst…

My gut says there’s no stopping this…

Will things descend to this extent (scenario described above)? Maybe. However my gut at this moment in time says that there’s no stopping this. None. It’s all coming down. Those who essentially rule the world know this system has reached its useful end (useful to them). They also believe there are too many useless eaters on this planet who must be culled, and a new system must be brought in to start over. They’ve stated all of this publically, out loud, and on paper. We are now in free fall…

This article is not intended to offer solutions. But instead, presenting the notion that the situation is rapidly decaying. Just look around. Open your eyes, your ears, and your mind. It doesn’t look good out there, and it’s going to get lots worse. There aint no fixin this…

Got your survival garden? Your preps? Security?