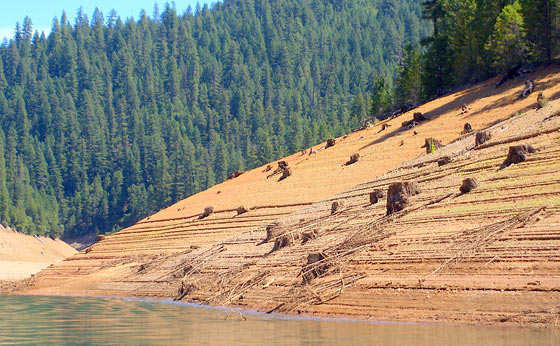 Drought is related to, and/or is an interaction with a variety of factors and forces.

Hop directly to the LIVE maps

These factors and forces may include heat waves, storm-track variations, the Madden–Julian oscillation (MJO), El-Nino, solar variability, deep ocean circulation, and other cyclical events that occur naturally here on earth.

The use of tree ring methodology has revealed that the characterization of drought has been a normal part of climate throughout our history.

The impact of drought are many, and include the geographical-environmental, agricultural, social, and economic.

The risk of drought is greater in some places more than others. And if you already live in a drought-prone region – you probably already know it or have experienced it…

Drought is obviously a high concern for farmers, those growing their own food, those dependent upon reservoirs being replenished to supply municipal systems, the animals and eco-systems, just to name a few…

For your interest here are several drought maps which illustrate and chart the progression of any current drought here in the United States. 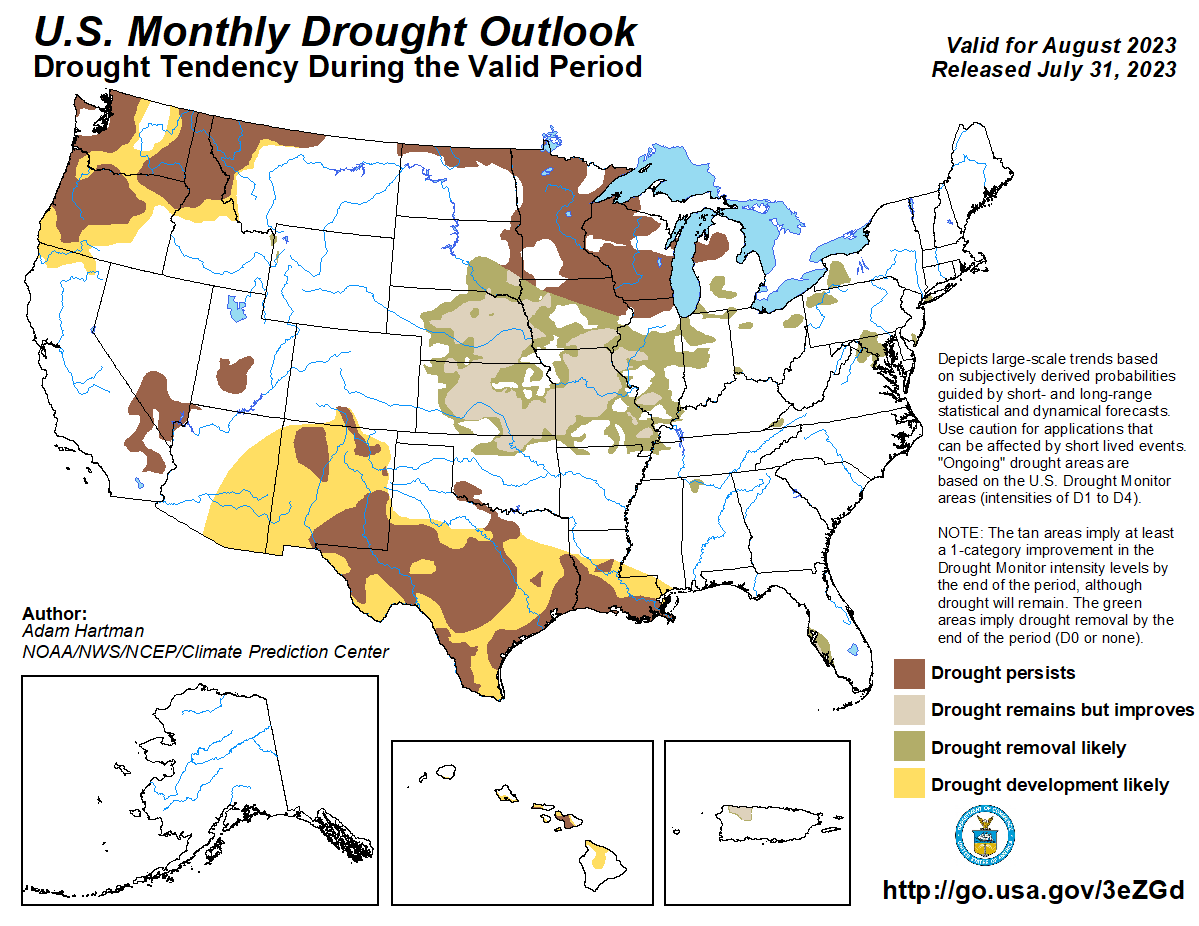 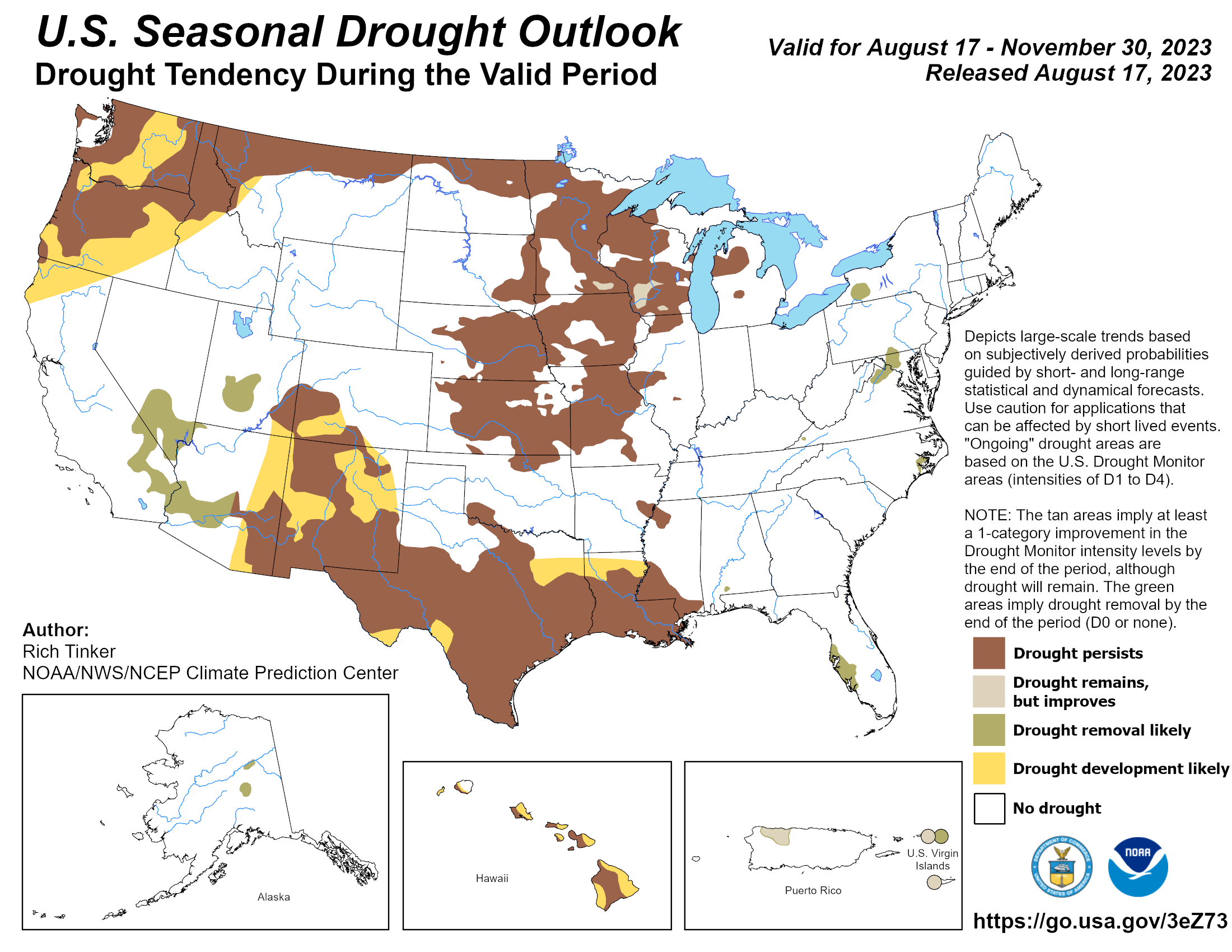 It’s great being able to see these maps and helps us realize the importance of a water source that can be replenished. thankfully here in texas the severe drought of 2011 has mostly passed, but that’s no reason to get comfortable. be prepared for anything!

The picture of the lake reminds me of Lake Shasta. There is no argument that California is going through a drought and there is no doubt it happens cyclically and will end sometime and be followed by extremes of rain and snow.

You are close… the picture is one I took during one of my many trips to Trinity Lake (west of Lake Shasta) and the Trinity Alp Wilderness area years ago when I lived in CA. I’ll bet that the water is much lower than that now, given the extreme drought they are experiencing right now.

A friend of mine just yesterday told me that stored groundwater is already being auctioned to farmers in the southern San Joaquin valley. Wonder when the water wars will begin.

It is a very serious situation for sure. There are so many millions upon millions of people living in LA and SF who rely upon water from reservoirs in the Sierra’s. Without it, they would not survive. Period.

I live in the Southern San Joaquin Valley. Right now, I have 30 feet of water in my well. When the irrigation of crops start in just a few weeks, my well may go dry.
The people in LA and SF may not have to worry about not getting any water from us….because if we don’t get more water from somewhere and very soon, there won’t be any crops, feed and hay prices have skyrocketed in the last 2 weeks because there may not be any more until next year. Look for food prices to be the worst you’ve ever seen.
“Wonder when the water wars will begin.” Those started years ago and have never stopped….

Feel for you Tammy…

Any possibility of getting some large water tight containers to get the water out before bad things might happen?

Getting the big above ground pool out of the shed and set up this week, and the feed store guy across the street is getting me 10-12 55 gallon water barrels, some of which I’ll be hooking up to the downspouts of the guttering. I don’t have much hope of collecting rain though…we’ve only had 1/4″ in the last month and it’s our ‘rainy’ season, lol.
The problem is compounded for a lot of people here though because even if you can afford to drill your well deeper, the drilling rigs are backed up for at least 8 or 9 months.

I’d use the barrels for well water. I don’t remember a lot of rain in your area. The pool could be used also if you can seal it. Evaporation and mosquitoes could make things tough.

We have a floating cover for the pool, keeps out bugs and slows the evaporation. We don’t get mosquitoes right here much, too dry for them.
The pool water is mainly going to be used for the horses, chickens and gardens. It’s going to be set up too far from the house to be convenient for household water.

I never bought into the Rawles idea that to survive you needed to live in the wastelands of the West. I live in Ohio, I’m within a few miles of Lake Erie, and a river runs by my home (200-yards away)and the water table is only down a few feet so it would be easy to drive a sand point well. It’s not legal here to put a well in without county approval, permits, fess, testing and the county having the right to stop your well from being used. I think this is mostly for the money generated by buying water and it’s disposal. I have almost all the parts to drive my own well in storage, If needed I;m not about to bring the government into the loop.But honestly I don’t think the well will ever be needed here. I also collect rain water, I need a bigger tank. but it works very well as we get a lot of rain.

The pool water can be used without a Berkey. The pool is clean, it was scrubbed, bleached and dried in the sun after the last time I used it for horse water when we had a problem with the well. And it’s going to be filled from my clean well. I am going to test the water and keep it sanitary. Emergency water use is the only reason I have a pool, no one has been swimming in it.

DEFENDING LIBERTY
13
0
Your thoughts? Jump to Comment...x
()
x
| Reply
You are going to send email to
Move Comment