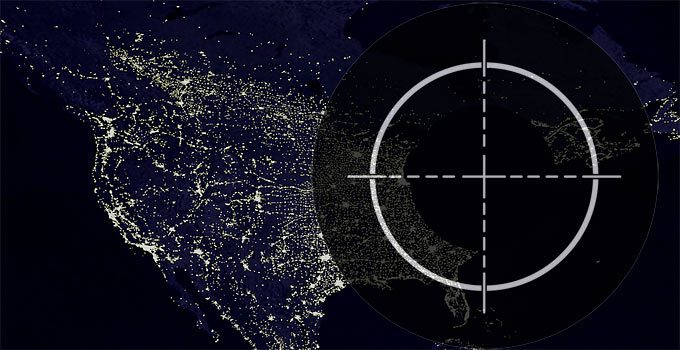 The risk posed by a catastrophic power outage is not simply a bigger, stronger storm. Rather, it is something that could paralyze entire regions, with grave implications for the nation’s economic and social well-being.

Do we as a people within this nation have the ability to withstand a catastrophic power outage of a magnitude beyond modern experience? One that exceeds prior events in severity, scale, duration, and consequence?

Well, a December 2018 report titled “Surviving a Catastrophic Power Outage – How to Strengthen the Capabilities of the Nation”, written by the NAIC (The President’s National Infrastructure Advisory Council), addresses some of what we may consider doing as a nation.

The purpose and focus of the study was not on the cause (of catastrophic power outage). Rather, the consequences, best categorized as severe, widespread, and long-lasting.

Alarmingly, the type of event not only includes an extended loss of power, but also a cascading loss of other critical services. Drinking water and wastewater, communications, financial services, transportation, fuel, healthcare, and others—

This is a profound threat. The scale of the event—stretching across states and regions, will affect tens of millions of people – and will exceed and exhaust mutual aid resources and capabilities.

Furthermore, the report details how there literally is no coordinated understanding, standards, or design criteria or plan for this. No cross-sector efforts to protect critical infrastructure.

What is a Catastrophic Power Outage?

Read this novel if you want to find out what could really happen:
One Second After
(amzn)

Above all, a major regional long lasting catastrophic power outage will affect ALL of these services disastrously.

[ Read: Without Electricity Most Of The Population Will Not Survive ]

We talk about this here on a semi regular basis:
Most people simply do not keep enough essential supplies at home anymore. As a result, most people are tremendously unprepared.

It is noteworthy though that FEMA and other government messaging is now shifting from having 72 hours of essentials on-hand to 14 days.

Note that 14 days of essentials would likely cover the majority of ordinary disaster events. But we’re not talking about the ordinary in the case of catastrophic power outage…

I know that I’m preaching to the choir for our regular readers. However, even those who are preparedness-minded (preppers) should take a inward look and see if they could survive for months (or longer) without electricity.

There are lots of articles here on the blog which have dealt with this critical topic of long term outage, and the likely scenarios and consequences. I’m not going to rehash every little thing. However the significant takeaways from many of those articles have been:

– Regardless how prepared that you think you are, it may not be enough…

– Understand your neighborhood and community, the prepared, the unprepared, resources, the good, the bad…

– Food – If you think you have enough, you probably don’t. Get some more!

– How will you stay warm in the winter!!? Seriously, don’t overlook this.

– Large Urban die-off especially between weeks 2 – 4 without assistance. Many others will die within the first 2 to 8 weeks. This will be a particularly dangerous period of desperation.

[ Read: EMP Attack – What The Average Citizen Can Do For Themselves ]

Studies are Not Enough – Action is Required

I applaud the fact that recommendations exist within the government to develop plans for this very serious threat. The report spells out much detail in this regard.

The reality though is this: In my estimation, even if .gov takes further steps towards implementing action plans towards catastrophic power outage, that’s great. However if the grid were taken down, how many will they be able to save? Chances are just a small fraction, and it probably won’t be you. It is YOU who must take action.

The best thing that .gov can do is make efforts towards hardening the grid (perhaps an impossible task). One thought is to mandate that we (here in the United States) make our own EHV (Extra High Voltage) power line transformers, and inventory spares here in the U.S. rather than overseas. The lead-time on building these are 6 months to 1 year and they’re built overseas. But there’s so much more…

Think about it! Look at our military – the strongest in the world. Certainly we’re safe, right?

Our Achilles Heel is our modern electronic way of life. Consequently it is deeply and critically integrated into every single critical lifeline infrastructure segment of our lives. Remove the electricity, and we’re completely toppled. Possibly Tens of millions dead within 2 months. Most noteworthy and as a result, official reports estimate up to 90% dead within the first year.

The power grid is a prime target for attack by nation states.

Knocking out our electric grid may be accomplished by Cyber-attack, Physical attack, or nuclear electromagnetic pulse.

Lights Out: A Cyberattack, A Nation Unprepared, Surviving the Aftermath
(view on amzn)

It may also be knocked out by a major Coronal Mass Ejection (CME) from the Sun. That’s right, the sun could bring it all down. The event that happened back in 1859 – if it were to happen today, the grid would go down in flames, so to speak.

What Can We Do To Survive Catastrophic Power Outage?

I am happy to see one of the many recommendations in the government study. It reads:

There are recommendations for the roles within DHS. FEMA. Department of Energy. Federal Energy Regulatory Commission. Department of Defense. State and Local governments. Industry roles, and “Individual and Community Preparedness Efforts”.

I like to focus on the individual and community. Whatever is LOCAL to YOU will be your world during such a catastrophic event. THAT is where you need to focus your energy and resources.

I am thrilled that Appendix F of this reports states the following:

Ultimately all events, from small to large disasters, are local. This means that those closest to impacted areas are the true first responders during any emergency or disaster—from individuals to families to neighbors and local communities.

However, there remains an ongoing myth that the federal government will be able to provide assistance and resources directly after an event to help with response and that is not always the case.

Thank you! That’s absolutely correct. Not only is it “not always the case” but more likely “NOT the case” in such an event described above.

We need individual and community resilience. Easier said than done.
However it all starts with YOU and your preparedness.