The China Times also reveals that China’s Ministry of National Defense is developing non-nuclear high-power EMP weapons (2011 defense report), and anonymous MND sources are saying that the Chung-Shan Institute of Science and Technology (CSIST) has been working on EMP technology for some considerable time.

Military experts said electromagnetic pulse weapon techniques have matured to the point where ‘practical’ EMP bombs have become technically feasible. The development of conventional EMP devices enables their use in non-nuclear confrontations and may be considered weapons that do not cross the threshold of nuclear response by an adversary.

An electromagnetic pulse weapon (EMP), or E-bomb, is designed to send a burst of invisible electromagnetic energy of sufficient power to destroy electronics and electronic devices within a given radius or region, rendering anything ‘technological’ within that radius, as useless, and permanently damaged.

A nuclear explosion will send out an EMP pulse, and if exploded high enough in altitude, will destroy electronics over great distances within ‘line-of-sight’ of the detonation – potentially many hundreds of miles or more, with the maximum effect occurring close to the explosion and diminishing as the distance increases from ground zero.

What is currently being reported in China and Taiwan, is that new EMP weapons are being (or have been) developed to cause the same effects, but they are apparently non-nuclear weapons – weapons that are presumed to be more ‘conventional’ and therefore not to be a weapon that will return mutually-assured-destruction (MAD) from the adversary.

One of the greatest risks to our modern way of life, and the sustenance of life as we know it, depends upon our electricity and electronic infrastructure. Without it, we may as well be living in the 1800’s or earlier. As more weapons are developed that could easily destroy the infrastructure that developed countries depend upon, the higher the risk that these weapons will be used one day.

Being a preparedness-minded website, this type of news further emphasizes the increasing risks that we face each day as a modern society, with enemies who wish to do ‘us’ harm. It is advisable NOT to fully depend upon the infrastructure that we currently enjoy.

Do your own due-diligence and establish at least a minimal line of defense and preparedness plan – just in case. Simply imagine how you would survive without electricity for 2 days, 2 weeks, 2 months, or even 2 years. Each, an order of magnitude (or more) of preparation… 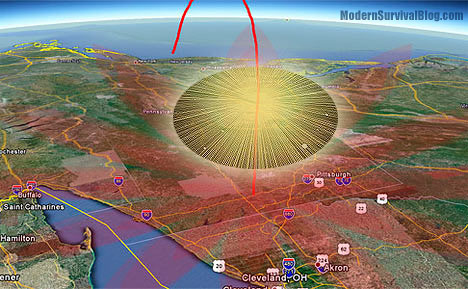 There are two types of EMP bombs, nuclear and non-nuclear.   Nuclear EMP The nuclear explosion generates ‘ionizing radiation’. Ionizing radiation is radiation with enough energy so that during an interaction with an atom, it can remove tightly bound electrons from the orbit of an atom. It is the instantaneous explosive pulse of these spinning…

Reader Question: I have a very big workshop/Garage and it is 95% metal. Would it protect my cars electrical systems in the event of an EMP attack? Answer: An enclosed metal structure is ideal for protection of electronic systems against an EMP attack (or a natural EMP occurrence from the sun). There is one very… 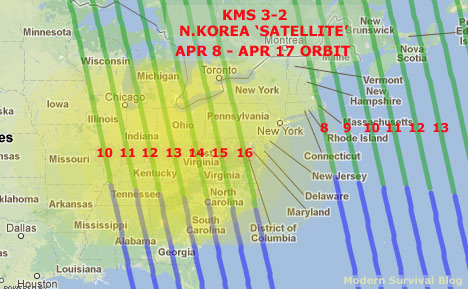 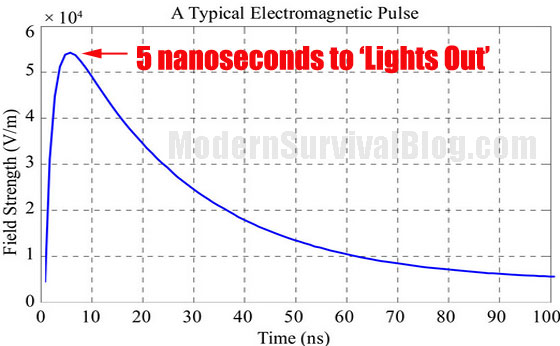