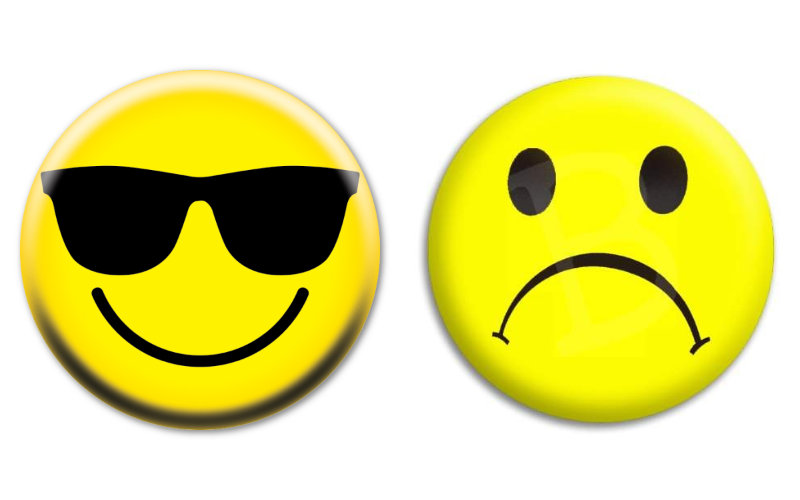 Being happy is a choice you make, not a circumstance outside of your control.

What do you think of that statement?

I suppose that reinforces the saying, “you can’t judge a book by it’s cover”.

But for the most part, you can just tell (if someone is generally happy or not).

What Makes A Person Happy?

To each their own, right?

Is one’s “happiness” controlled by external circumstances – those out of one’s own control?

Or, you might not let it. Rather than blaming external happenings, some people might try to adapt to it – or ignore it altogether.

Generally, in my view, people are bombarded all the time with negativity. The odds are stacked against us. It’s easy to be sucked in to all the bad out there. I’m guilty myself of this sometimes.

But those who are “happy”, or you might say content, are those who somehow deflect that negativity. Happy isn’t ‘material’. It’s inward. It’s a state of mind.

The Choice Is Yours

But you know what? It’s a choice that you are making. You do have a choice. You have a choice to make external circumstances your problem, or choose not to.

Sure, some problems must be dealt with. No choice. But lots of so called problems really aren’t your problem. They’re someone else’s. Or problems you really can’t do much of anything about.

Happiness is a choice, to a large extent. It is easier for some people. But we all have a choice.

We choose. Whether we realize it or not.

Simple, But It Rings True

Why am I rambling on about this? Well, it’s because I happened to come across an old comment on the blog from someone many years ago. It reads, “Being happy is a choice you make, not a circumstance outside of your control.“

It’s a simple statement. But it rings true.

We’re living in tumultuous times. A time of ideological extremes.

It’s our choice as to how much we let that affect us in our day to day lives.

And that’s just one example.

Suck it up, Buttercup.

Like I said earlier, when others try to saddle you with their problems, you can choose to say no. Essentially telling them to suck it up, buttercup. Deal with it yourself, so to speak… “Not my problem”.

And that’s just one other example. There are lots more…

So, the takeaway is it’s your choice. To be happy, or not.