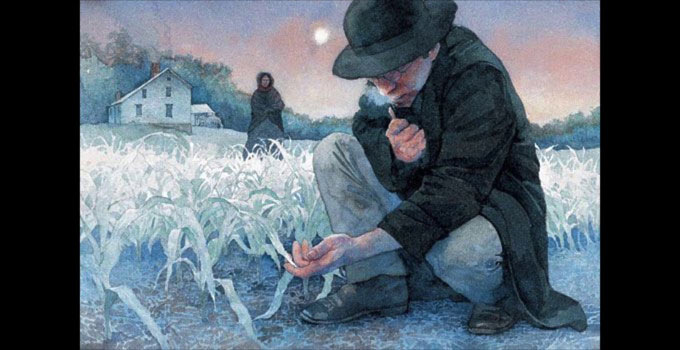 A big preparedness lesson from history is the summer of 1816 – the year without a summer.

Apparently Spring seemed normal that year. But as the calendar progressed into summer, the temperatures & weather began rolling back. Cold temperatures and nearly permanent overcast was the new normal.

The weather in North America and Europe during 1816 never turned into summer. The cold and lack of sunlight was severe.

There were widespread crop failures as farmers lost crops and food shortages were severe across the northern hemisphere.

One Albany newspaper reported “There have been hard frosts in every summer month, a fact that we have never known before.”

Evidently no one knew why it happened back in 1816, before the days of telegraph or global communications. It was determined a century later that the eruption of volcano Mount Tambora in the Indian Ocean region was the cause.

Enormous quantities of volcanic ash had been thrown into the upper atmosphere where it circled the globe blotting out sunlight and lowering temperatures.

If interested further in the year without a summer 1816, you can read more about it on Wikipedia.

I wonder what would happen today if a similarly major volcanic eruption blotted out the sunlight in the northern hemisphere and caused tremendous crop failures?

Instead of 1816, it’s 2018 or 2019, a time when most of the population depends upon big agriculture to bring their foods to market.

Imagine the difficulties due to our just-in-time systems which have fine tuned and optimized profits? From the time that a seed goes into the ground all the way till you buy it at the grocery store, it’s all built-in to be “just in time” based on current demand (no extra).

One thing for sure, many food prices would skyrocket.

Even if South America could handle the massive increase in production to feed the northern hemisphere (which they couldn’t), it wouldn’t make any difference until the following growing season.

I recall just last September, very early in the month we had a killing frost here in northern NH. I couldn’t believe it! My garden was toast.

There are natural events that can ruin your own production (or widespread production!).

Imagine if it were a time of SHTF self-sufficiency while depending on your garden to produce? Could you afford to lose part of a season (or a whole season?)!

So, what’s the solution? To store ahead a season’s worth of food!