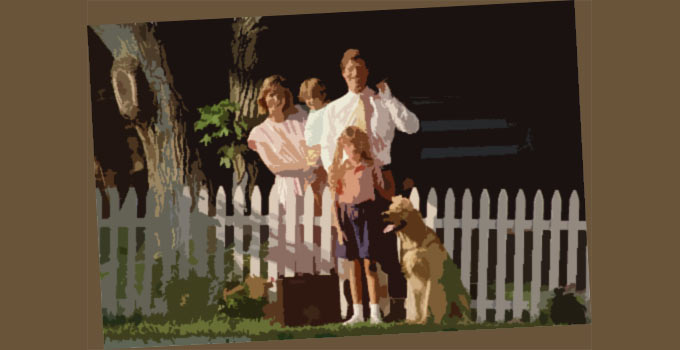 We’ve all heard that ‘saying’, “The American dream”. I remember hearing it when I was young. Now many decades later I wonder what it means today and how it has changed.

I suspect that the notion of the American dream brings differing thoughts from various people. But just what is it? And what is it that’s unique about the American part?

As I write this I’m not going to research and websearch the topic. Instead I’m simply going to refer to my own opinion.

I believe that the American dream as originally presented generally relates to how an American has unique opportunities to succeed. To achieve betterment in life, to live well, and the opportunity to be happy or at least comfortable within the American ‘way of life’.

If someone wanted to push hard, they had a shot at further success, even great success. The America then had few obstacles standing in the way of someone who wanted to give it a go.

The opportunity to truly achieve the American dream was largely hinged upon freedom.

Back in the day it was marketed as having the house with a white picket fence, a family within, and a comfortable life.

America is still free, right? Or… maybe not quite as ‘free’?

Most of us who are able to think and reason and who have been around for awhile, know that we are not as free as we once were. Thus dampening the chance for realizing the American dream to an extent.

The number of new laws and regulations over these many decades are astounding. There are more .gov agencies and bureaucracies than ever before. ‘Red tape’ is wrapped around nearly everything we do and it can be quite difficult at times to cut through it.

There are mega corporations the size of which would have been unthinkable many decades ago. Now they control our own govt… and squash any competition that may come there way.

We have become less free to do the things that went without question during a previous era. We are less free to get things done. You might say it can be like Like walking in mud under some circumstances.

Surely the opportunity still exists. However you might say that the system is rigged against us to an extent.

But is there still an American dream?

The American Dream – Different for Everyone

Like I said, it’s a bit different for everyone. I believe that most people look at it in a very material way. Having lots of ‘stuff’. Living in the biggest house with the newest cars and toys. Keeping up with the Joneses. Going on fancy vacations. Wearing the latest of fashion. Showing off the newest model iPhone. That’s the American dream for many.

The thing is, it’s so easy when you can saddle yourself with debt. This was not the case years ago. Debt was bad back then. Now it’s portrayed as good. Livin it up… Party on.

I believe that many decades ago we were not all that materialistic compared to today. The American dream must have been somewhat different and was achieved by many middle class Americans who lived within their means and were seemingly happy with what they had.

My own outlook is as follows:

I believe that we do in America have better opportunities, even today, than many or most other places on earth which are very heavily regulated, socialist, or even communist. Most people likely live within tight constraints in those places compared to the United States.

That said, it has certainly become more difficult to build a business than it once was (again, regulations). But if you are flexible and adaptable, you might (might) be able to work around the obstacles. I have found there are fairly great differences from state to state and even at the county level in this regard (important!). You can’t get away from federal regs though…

Regarding my own self, I believe that I have achieved my own American dream. Although it’s not one of glitz, glamour, or bling. I have lived much of my later adult life below my means, and years ago have managed to pay off all debt. I live modestly and in a mountainous location that I enjoy ‘off the beaten path’ which is “free-er” than many other locations. Most people would go nuts here without the services of suburbia but we like the peace and quiet, and the mindset of small town livin. It’s different for everyone…

What are your thoughts on this subject?