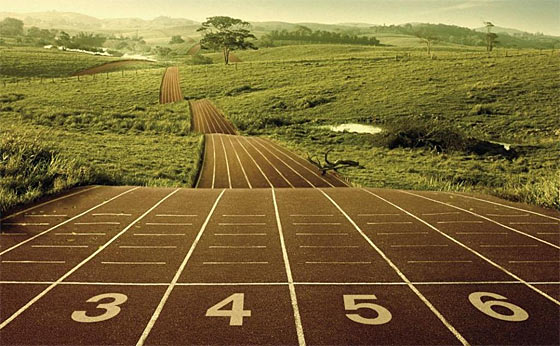 If you can forgo a lifestyle that ‘matches’ your current pay, especially if you start while young, you will surpass the apparent ‘riches’ of most your workmates, neighbors, and friends – who will have dug a deep hole for themselves as the years tick by. Not that the goal itself is beating them to the finish line, instead it is enabling yourself to be better prepared for tomorrow.

Here’s what I mean…

Most people instinctively live a lifestyle which they perceive to match that of their paycheck. This usually means ‘leveraging’ with loans to buy ‘big’ and ‘shiny’, and/or to purchase lifestyle accessories which self-identify their apparent ‘riches’ for all the world to see.

These people (most people) as a result will never achieve a level of cash liquidity (freedom) to purchase or live ‘free’ when they’re a bit older – down the road, so to speak. They will be trapped in debt, with no real escape. Many people will not even be able to pay off their mortgage by the time they retire – having had short-sightedness all their lives.

Many people will not really be able to retire because they have lived their artificial lives as Kings and Queens instead of living within and below their means.

One way to be successful is to live a modest lifestyle particularly during the peak earning years of your career. Squirrel the excess away and/or use the excess to invest wisely. Choosing to purposely live WELL BELOW YOUR MEANS is not an easy thing for most. It is so tempting to live life up to the same standards as the rest in your pay class – especially given the ingrained notion to keep up with the Joneses. Besides… who doesn’t want a bigger this or a better that? Especially when you can afford it…

Well the thing is, if you put off a lifestyle of plenty and live WAY beneath your means, you will be opting out of the system and building a financially secure future for yourself (for later).

Although I can hear some of you saying that the economic collapse is coming, so why not spend it all now and get ready for SHTF? I will say that while I too am astounded how it has held together so far, I also am often surprised how they can keeping pulling more rabbits out of their hats.

That said, and while I do suspect that this thing’s going to crash one day, the general point I’m hoping to make is to consider living less like an artificial King and to live more prudent, simple, and practical. This will not only help you financially (more disposable income), but will enable more choices for you as you head down the road of life.

The notion of living within or slightly below your means is good in itself (many people don’t even do this), but to truly take advantage of your current pay-scale, try living way, way below your means. This is true no matter what your current level – because it’s all ‘relative’. If you’re making $40K/yr then live like you’re only making $30K. If you’re making $75K/yr then try living like you’re only making $50K.

How? By simply living in a smaller and cheaper place. It may not be in the neighborhood that you wish, or it might not have the conveniences, room, and style that you wish, but it’ll all pay off later. Don’t buy the new car. In fact, don’t even buy the nice used car. Buy something that still runs well and is still reliable, but don’t get the ‘nice’ car or truck just yet. Don’t buy your lunch every day (learn to ‘brown bag’ it). Don’t go out to eat all the time. There’s tons that you can do to live way below your means.

What’s the payoff? The reward lies down the road when you’ve saved a boat-load of money (and/or invested wisely). At some later date you will NOT need a bank to get a car loan. You will pay cash and own it outright. One day you may even have enough to pay cash for a house. Yes, it is possible, especially if you’ve become accustomed to living in something other than a McMansion. The payoff is a realistic chance for a ‘real’ retirement or even an early retirement. It will become your freedom while indebted to no-one.

To successfully get to the finish line (early) while being a free man or woman (from debt and obligation to the system), is to resist the urge to live like an artificial King.