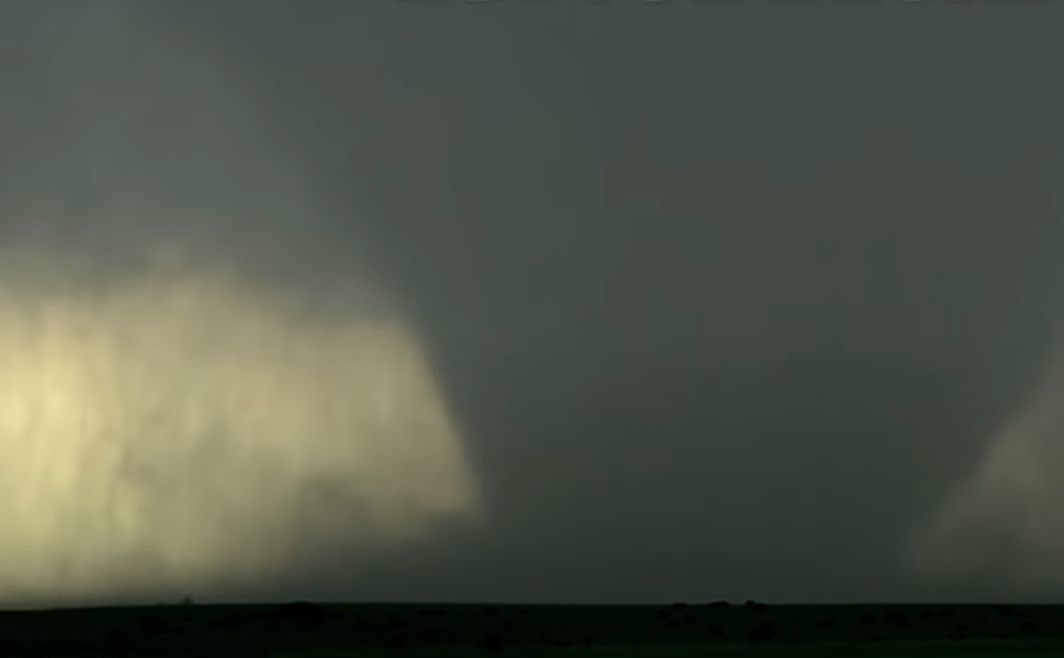 It is one of the most terrifying sounds you will hear, if it happens to you in real life… The fear of the tornado coupled with it’s accompanying roar will be an experience never forgotten as the sensation envelopes your very core.

Being an audio enthusiast as well as a weather watcher, the tornado is fascinating – though exceedingly dangerous.

I want to expand on one article that I wrote titled, 10 Ways To Know If A Tornado Is Coming. One of the ways is its sound. So, I scoured the net looking for “real” tornado sounds. I say real because many online are simply sound effects.

Somewhat surprisingly I didn’t find as many as I thought I would. There are plenty of storm chaser videos with tons of excited chatter and screaming as they film, which often gets in the way of the natural storm sounds as they occur. So, the audio track for a real tornado sound (without the chatter) was somewhat illusive.

But I did find a few that I thought I would share with you.

Sound Of A Tornado

A loud continuous roar, rumble, waterfall sound, or sounds similar to a train or jet (which does not quickly fade out like thunder). Tornadoes are LOUD. Some describe the sound as a simultaneous lower-pitched roar (train rumble) and a higher frequency “whine” (like a low flying jet).

“One way to distinguish tornado sound from ordinary thunderstorm sounds is to notice a loud continuous roar or rumble, that, unlike thunder, doesn’t fade in a few seconds.”

The tornado sound will depend on a number of factors. This may include the tornado size, it’s strength, the makeup of the land and debris that it’s hitting, how close it is…

The following is an audio recording made during 1974. The tornado sound recording took place in Xenia, Ohio on April 3 of that year. The Xenia Tornado was an F5. It traveled 32 miles. It killed 33 and injured 1,150.

The tornado occurred during a 2-day ‘Super Outbreak’, which produced 148 tornadoes within a 24 hour period.

The original audio was apparently recorded on cassette tape by a cassette recording made by “Mr. Brokeshoulder”, a Native American resident of Xenia.

The following tornado sound is better heard with headphones for an immersive experience. So, I slipped on my Audio-Technica ATH-M50X professional grade monitors (grin).

A local historical society volunteer named Caleb Hutslar carefully transferred the original recording during 1994 for a twentieth anniversary display. Later, he made an MP3 for the purpose of putting on the internet. So, here it is…

At the 0:58 mark, the sound level notably increases. At 2:40 you can hear the tornado sound pick up more as it nears. Then at 2:50 I can clearly hear the microphone being set down (must have been when he headed to the basement). The final minute of the recording is intense as the tornado comes close – until the audio cuts out.

Here is another audio (and video) recording from the same tornado. I have set the following video to begin at the section recorded by ‘Bruce Boyd’ who recorded the audio / video on 8mm tape.

The next recording of tornado sound is definitely best described as a ROAR! ROARING! A predominantly low frequency constant roar.

The following is from storm chaser Dan Robinson of StormHighway.com who intercepted the Bennington, Kansas tornado of May 28, 2013. It was a large, violent and long-lived EF4 tornado.

He did an excellent job of keeping quiet while capturing the footage of the roaring tornado.

You do have a NOAA weather alert radio, right?