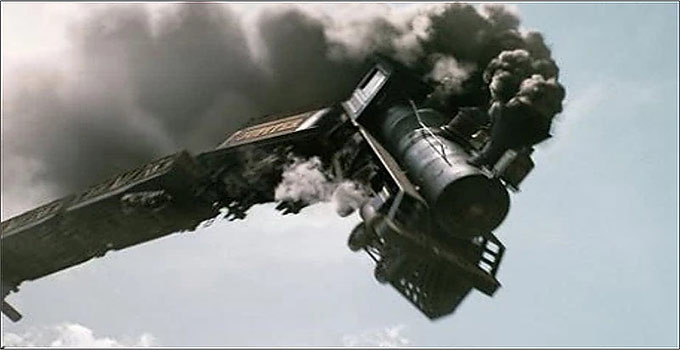 It is SO EASY to be complacent. To be confident or satisfied that all is well and all will be well. “It’s all good”, “chill out”, “no worries”…

A positive attitude is one thing, however complacency and letting your guard down is another. That way of thinking can be dangerous.

I know some people who are 100% optimistic, all the time, no matter what, to the extent that they’re seemingly not seeing reality. Rose colored glasses…

It’s good to have balance. A positive outlook along with a ‘wary eye’ on reality. If you keep a wary eye on something, you are cautious while watching to see what will happen or what could happen.

WAITING UNTIL THE LAST MINUTE

It seems to be human nature to wait until the last minute. Not everyone is afflicted with this, but there’s no doubt that most are.

Waiting until the last minute is especially slipshod for those who see it coming but do little or nothing until “it” is upon them. That’s called procrastination.

In the context of preparedness, it’s easier to prepare for a crisis if we know that the process of getting there is going to be slow. In other words there’s plenty of time before the SHTF.

That said, a crisis may come suddenly, unexpectedly. It happens.

You might know or believe that a given crisis is indeed going to eventually happen but it’s going to be awhile before it hits. But then Wham! Out of nowhere ‘it’ happens. And you’re not prepared as you had planned to be.

An example might be the situation which inspired me to post this today. Yesterday’s stock market drop of 800+ should be a slap in the face that ‘this market’ is WAY OVERDUE for a massive ‘correction’. While this may simply blow over today, most critical thinking people know that one day this thing is going to crash hard. And the repercussions might be pretty darn severe to our way of life (it won’t matter if you’re in the market or not – you WILL be affected).

Imagine if you will, a repeat (but worse) than what happened to the financial system back in 2008. When ‘it’ happens again (and it will in my estimation – but far worse), the system won’t be able to save the financial institutions like before. There will be no bailouts (there’s not enough money to do it without crashing the system today). There will be bail-in’s, while the systems crash anyway.

Literally everything that you need to survive in today’s modern world is hinged upon the availability of cheap credit. When that’s gone, the system will grind to a halt in very short order. It will be stunningly shocking. The results and ramifications will be severe. Supply chains will break. Inventory will vanish. People will freak out.

The best and most valuable preparations are those you accomplish BEFORE crisis hits.

There may be little you can do AFTER. Meaning, what you have may be all there is.

More: When It Hits The Fan – What You Have Will Be All There Is…

Beyond the scope of this article are the specific valued preparations. I’ve been blogging about ‘them’ for years. Poke around the site for more (use the search functionality).

That said, bear in mind the following thoughts: