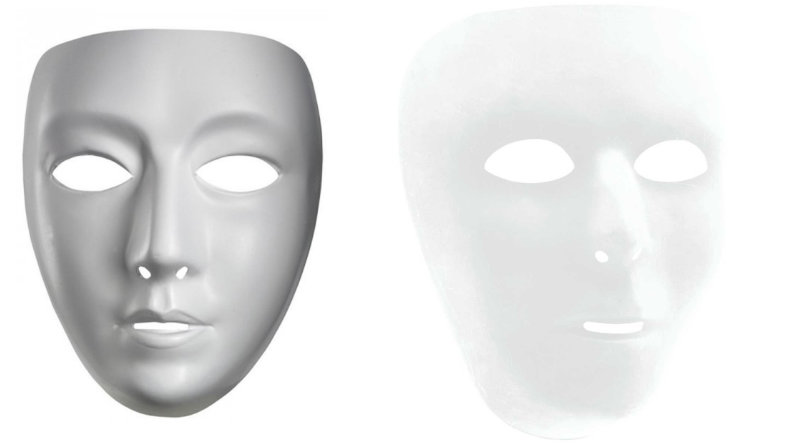 It may come as a surprise, but, there are bad people out there. Not only that, but some bad people are well disguised.

They may seem like regular people with regular jobs and activities, but are crooked and up to no good. Some are actually sociopaths ( 3 to 5 percent of the general  population – more on that later).

How many times have you heard on the news, “He seemed like such a nice guy” (after having robbed or murdered someone)…

Some may be very well dressed and mannered, but are conniving, sneaky and crooked to the core.

It’s a slightly different skill set to recognize these types of people than it is to make a judgement solely based on their looks or first impressions.

There are bad people who make no attempt to hide it. When you run into one, it doesn’t take long to discover that the person is an a hole, so to speak.

There also are bad people who do hide it, and some do it quite well.

Why am I writing about this?

Well, awhile ago I got an email from one of our readers who suggested a post on this topic:

There have been many suggestions (here) on avoiding dodgy situations/dodgy folks/obvious sort of nasty persons.

It occurred to me, it is a slightly different skill set / set of intuitions / to roust out and avoid and be aware of those folks who are doing their “regular sort of jobs/activities” but are crooked/up to no good.

Modern Survival is a wide ranging topic. Very wide in fact. What about that of surviving being victimized by someone who you may not have thought of as a ‘bad person’…

Have you ever found out later that a person who you trusted, or someone you were acquainted with, a coworker, or a friend, was actually a bad person?

I would suggest that we all have had that happen to us, probably more than once…

I’m not expert, but I believe that I’m fairly good at reading people. I’m a generally suspicious person. Whether that’s a good or bad characteristic, I don’t know. But it has helped me recognize bad people and behavior that others had not seen.

The thoughts I’m going to present are not 100% reliable in that they’re a certain ‘tell’. They’re not. But it might set you in the right direction.

It’s hard to exactly explain this one. There’s a certain amount of intuition that goes into everything. Perhaps learned over time.

Some people have a smirk. Not just a quick facial smirk. It tends to stay on their face through a conversation (more often than seems ‘normal’).

To me, that means they may be hiding something or their full of BS.

There are those who seem to have a smile ‘painted on’ their face. Unless resulting from excessive Botox, it’s a bit unnatural to be interacting with someone who’s always smiling.

There’s a difference between natural smiling and fake smiling. Some of you may know what I mean.

It’s when the person you’re speaking with is shifting their eyes excessively. They’re looking around more than what seems typical.

It’s really odd when they’re doing it while speaking. A type of nervous behavior. To me, that’s suspicious.

It’s easy to judge someone based on a short interaction. Often times that will be revealing enough. But I know you’ve heard this: “Don’t judge a book by its cover”.

Crafty clever sneaky people can be, well, crafty, clever and sneaky. They’ve been honing their skills for quite some time.

After awhile, even for the best of them, their underlying real persona may start to reveal itself. Where they succeed however is this:

Many (most) people are gullible and too trusting. They will never or rarely discover (perhaps only after getting burned) that the sneaky conniver is actually a sneaky conniver. The gullible stop looking for clues once they’ve made up their initial mind.

Give a new person in your sphere time to show who they are. But you have to be looking, noticing…

Everyone is motivated by something.

What motivates someone depends on the situation, activity, job, etc. There are all sorts of various motivations for why people do things.

Often it’s to benefit themselves. But that’s not necessarily a bad thing. We all are motivated to benefit ourselves to an extent – lest we not survive this world!

However the sneaky crafty conniver is always about them-self. And they simply don’t care otherwise (unless it benefits them).

What do you know about this person? Where did he or she come from? Why is he here now?

Find out what the person did before. It can be revealing in one way or the other, even during a short conversation when the topic comes up (which you might initiate).

Who are their Friends?

Birds of a feather flock together. There are loaners, but like minded or similarly motivated people may hangout together. Revealing? Maybe.

They may have alignments based on who they are trying to influence. People may build networks that will help them get to their goal (common sense). But it all paints a picture.

There are more Sociopaths than you think…

According to the American Psychiatric Association, 3 out of 100 males are sociopaths. Depending on which statistics you check, a common figure is about 4% of the U.S. population.

The lack of conscience and an inability to feel remorse are the underlying factors of a sociopath.

Their personality initially comes across as charming. But they are masterful at manipulation and highly skilled at lying. They feel no guilt.

They slip under our radar because they put so much energy into deceiving us. They’re con artists. They are loyal to no one.

They can be criminals, con artists, drug dealers, heads of drug cartels, human traffickers and serial rapists. But they can also be politicians, wall-street traders, CEOs, business owners, lawyers, police, in the military, housewives, doctors, teachers, priests, home remodelers, therapists, social workers. And they could be one of your family members.

I found an interesting set of articles on the topic from ‘PsychologyToday’ while doing an ordinary internet search. Part 1. Part 2.

I don’t like to get burned. No one does.

Don’t be gullible. Look for clues.

I’m not suggesting that you should be constantly suspicious throughout your day to day activities. But it is prudent to apply a particular situational awareness towards those you interact with, especially until you believe there’s enough ‘evidence’ that all is well.

Lets hear from you. What else might you add to the list how to tell if someone is up to no good?

Continue reading: A Little Paranoia Might Be Healthy Skepticism But Too Much Is Unhealthy