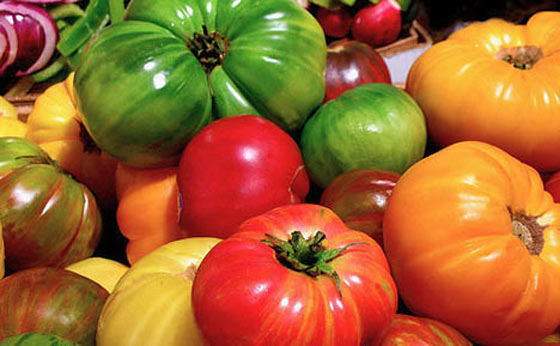 In my opinion, decisions about heirloom vs hybrid vs open-pollinated comes down to seed saving. Although hybrids have their advantages too – just not seed saving. For seed-saving purposes, the most significant distinction is that gardeners can save true-to-type seed from open-pollinated and heirloom varieties, but not hybrids.

What Are Heirloom Seed Varieties?

An heirloom variety is not only open-pollinated, but is a plant variety that has a history of being passed down within a family or community. It’s about the history. Heirloom seeds are passed down from generation to generation. And, they are true-to-type. Meaning, the genetics of the plant will be the same as what you planted before.

How Old To Be Considered Heirloom Seed Varieties?

There are some disagreements over the age at which an open-pollinated variety should be categorized as “heirloom”. Some say that 25 years is adequate. Others insist that the minimum age should be 50 years or older, assuring that they’ve stabilized. Some people even say 100 years or older. I don’t know the definitive answer…or if there is one.

My Opinion:
Open-Pollinated Is What You Want For Prepping and Preparedness

When it comes to the differences between heirloom vs hybrid vs open-pollinated, and what’s best for the garden prepper… It’s maybe best to consider open-pollinated (OP).

Open-pollination is when pollination occurs by insect, bird, wind, humans, or other natural mechanisms.

Seed to Seed by Suzanne Ashworth
(view on amzn)

Hybrids are created by cross-pollination of varieties to produce a seed with the most desirable traits. Hybrid varieties can be bred to be tolerant to particular disease. Others, perhaps more drought tolerant, for example. Just about any characteristic can be created this way. Another example as follows…

Hybrid seed manufacturers want something that transports well and looks ‘pretty’ on a grocery store shelf. The thing is, when you breed for those purposes, you may lose other traits. Such as less than ideal flavor. The inability to reliably reproduce from the crop’s seed.

The bottom line is that hybrid varieties in general will not produce good results from seed saving compared with open-pollinated varieties.

No. The term “hybrid,” refers to a plant variety developed through a specific, controlled cross of two parent plants. In contrast, GM varieties (sometimes called “genetically modified organisms,” or “GMOs”) are a whole different thing. GM varieties are created in a lab using highly complex technology, such as gene splicing.

When thinking about heirloom vs hybrid, here’s something nice about heirloom’s… The use of heirloom varieties bring on the nostalgia of growing what your grandparents once grew. The recollection of such good flavor! Scrumptious and Delicious!

Most varieties of vegetables at grocery stores are hybrids. They’re bred to have long shelf life and tough skins for hardier transportation purposes. They also are bred to have regular shapes for attractiveness. Again, often at the expense of flavor.

These days, heirloom varieties are trending in the produce aisles of major supermarket chains across the country, indicating the increasing concern that people have regarding the vegetables that they eat.

If you are a gardener or prepper, open-pollinated and heirloom seed varieties varieties are advantageous because you only need to buy the seed once. Just save some of the seeds from the previous years harvest for next year. You might purchase a packet of seeds, grow them, and allow some of the plants to bolt to seed – for next year.

Having said all this, it is true that some hybrid varieties may be easier to grow. Because in some or many varieties, disease tolerance may be bred into them. Heirloom varieties typically require more attention to good gardening techniques and maintenance. Catching any potential problems early. They do not have any special disease tolerance other than their natural ability to deal with a given environment. But that doesn’t mean you’ll automatically have problems either…

The rewards though are great. Natural food. Excellent flavor. Self-sustaining!

[ Read: Gardening Calories List of Vegetables From A Survival Context ]