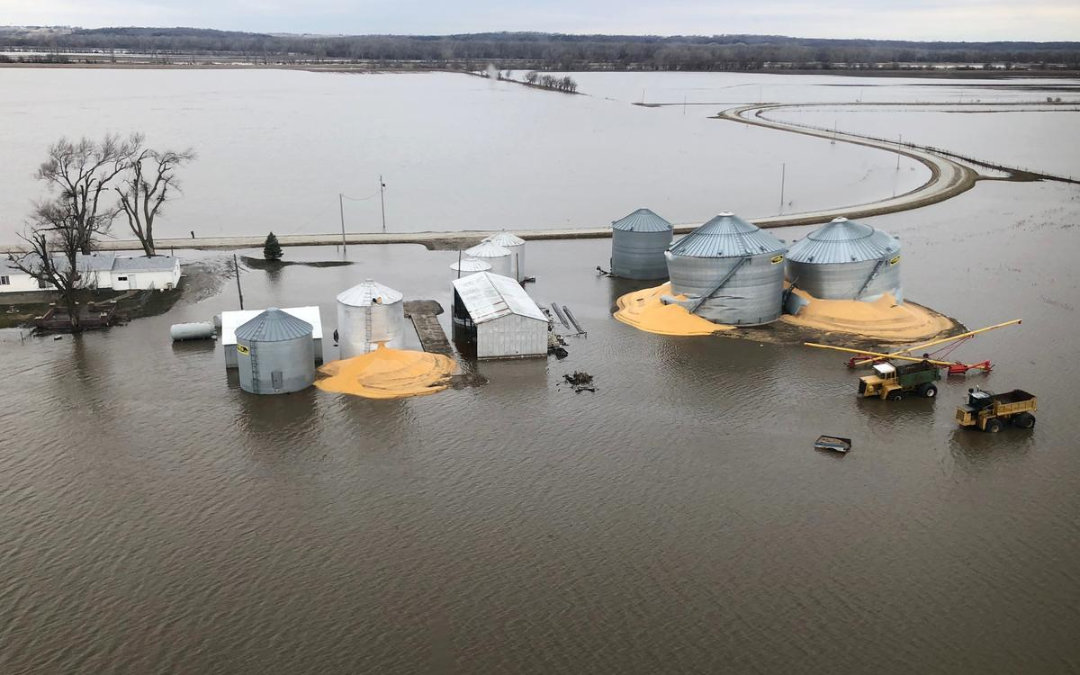 Lets say you’re into preparedness level 4. That would include the ability to live self-sufficient to an appreciable extent. One of the biggest challenges in that regard will be food production in its various sources and methods. Enough of it to sustain throughout a given year!

That sure is easier said than done. One needs to be fully skilled, experienced, equipped, and adequately covered in the ‘labor’ department to get it all done. But that doesn’t mean you’ll be successful! Even the best of gardeners and farmers have failure.

This year’s Spring (and now early Summer) has parts of the nation in very wet conditions. That, and extensive flooding has evidently really hurt farming in widespread regions. Lots of crop did not get planted, failed, or has started late.

It got me to thinking… Imagine “if” you were relying upon your own food production for SHTF survival, and you experience horrific weather conditions that wipe out your crop or prevent you from getting started in time to make a complete growing season?

If there’s no grocery store, you are going to be in big trouble!

Where I live it has been very wet and comparatively colder than other seasons. Most people in my region grow gardens. Many have complained how seeds or starts have rotted in the ground from all the moisture. The wet and cool weather caused me to start late with my own gardening.

Not only is it difficult to grow and put away significant calorie food production from a garden, but there are all sorts of things that could ruin it. Bad weather is just one of them.

Why do I bring this up? Because in the event of poor crop production, you are going to need backup plans for food. And not only that, but we’re talking about enough for an entire year!

Yes I am hypothesizing worst case scenarios. If you’re truly attempting to be prepared for ‘end of the world’ survival, you’re going to need backup plans for failed food production.

This is one reason why having a entire year of food storage is not something to scoff at. Not only is it practical, sensible preparedness, but it might not even be enough!

Self sufficient living and food for a year is a multifaceted thing. There will be food from your gardens. Some meat will come from various game. Fish will be caught. Foraging the natural edible growth in your region. And then there’s your very deep food pantry that you stocked up during ‘normal times’, right?

Anyway, I thought I would throw it out there – the notion that one’s entire crop could be devastated due to weather (and other) circumstances that are out of your control. It’s something that should be planned for.

When The Garden Fails While You Need It Most

You might consider supplementing some of your long term food storage with the various options from Ready Made Resources.