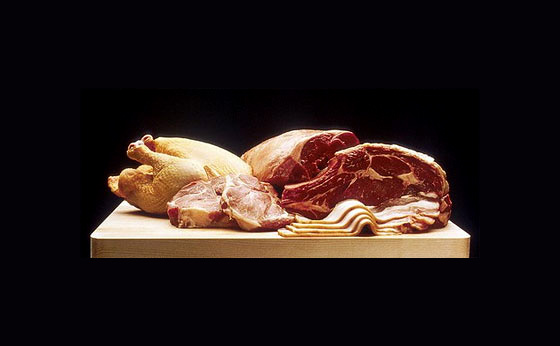 While considering your own prepping and preparedness with regards to food storage of meat, consider the following ways of preserving meat:

Obviously though, a freezer depends upon a electricity. Have you ever lost a freezer full of meat because the power went out for too long? Or the freezer broke? From the perspective of prepping and preparedness, it’s best to have a plan for both of those scenarios. Especially if you really do have a freezer full of meat. A loss could be expensive!

[ Read: How To Keep Chest Freezer or Fridge Running During Power Outage ]

I have several gasoline generators. However I also have an alternative energy source, solar power and battery storage. I’ve recently written an article about newer technology that could be a perfect solution to powering a chest freezer during an outage:

I also keep an unused chest freezer. Should the meat freezer go dead, I can transfer into the other one. Anyway, I just thought I would mention the potential problems, since freezing meat is the most popular ways of preserving meat.

The best temperature for freezing meat is at least 0 degrees-F for longest shelf life meat preservation. What about colder than that? Yes, colder is better. Subzero in the range of -10 degrees-F.

However in my opinion, the additional cost of energy isn’t really worth it. You should be rotating in and out anyway. So in my view, if you’re consuming the meat within 1 year, it’s fine. I rotate through mine within a year. My freezers typically cycle between -5 and +5 degrees. Good enough…

[ Read: How I Organize My Chest Freezers ]

Wrap all meat in moisture-proof packages to prevent freezer burn. I vacuum seal all of my meat. It makes a HUGE difference. Zero burn. Tastes great after thawing and cooking, as though it was never frozen. I highly recommend this method.

[ Read: Frozen Vacuum Sealed Meat – How Long Is Storage Life In The Freezer ]

I label every vacuum sealed package of meat. The descriptive cut of meat, and Month/Year of when it was sealed.

Among the ways of preserving meat is home canning. I use this method too.

Canning meat is convenient and economical. And best of all, it’s not dependent upon electricity for storage! From the perspective of prepping, this is huge!

We mostly use this meat preservation method for chicken. It’s easy. Once in awhile, chicken goes on sale real cheap. When it does, and if we’re in the mood, we’ll buy a bunch of it and can it. Here’s an article on home canned chicken:

[ Read: Pressure Canning Chicken | How To Do It Yourself ]

The Ball Book of Canning and Preserving
(view on amzn)

Salt is the only essential ingredient for curing. It slows spoilage by drawing water out of the meat while also killing decay-causing microorganisms.

Meat cured with salt alone will store well (but will be tough and dry). An early salt cure was as simple as storing slabs of meat in a barrel of salt.

Kosher salt. It’s a coarse salt. Usually made without additives. It can be used for one of the ways for curing meat.

Curing salt. It’s a special blend of salt and other ingredients, including sodium nitrite (which has become somewhat controversial regarding potential health issues with large doses).

An MSB Reader said, “42 pounds of Morten’s Tender Quick fits in a 5 gallon bucket. Each ounce of Tender Quick cures about 2 pounds (small cuts) of meat, or about 1,300 pounds of meat for a 5 gallon pail worth!”

Morton Tender Quick is a fast-cure mix so you can cure meat, poultry or game right in your own kitchen. It gives meats a tasty cured flavor and characteristic pink color. Works particularly well with small cuts of meat, such as pork chops, spareribs and poultry.

The Craft of Salting, Smoking & Curing

Curing is the first step in the smoking process, essential for good flavor.

‘Cold smoking’ is best for preservation (and for adding flavor) with temperatures between 70 and 90 degrees F, and is more easily accomplished during cooler months.

The cold smoking process may range from 1 to 14 days. The preservative benefit of smoking is that the smoke contains tar-like substances that are deposited on the food. To a greater or lesser extent, they seal the surface, keeping air from coming in contact with the food. Therefore in theory, fats in the food will not turn rancid because there’s no exposure to air. So smoking is particularly useful for preserving fatty foods. The smoke also kills bacteria.

Smoked meats may still spoil fairly quickly though, depending, so refer to research of your particular meat, recipes, and shelf-life storage.

How to choose the right smoker (or turn the grill you have into an effective smoking machine). Understand the different tools, fuels, and smoking woods. Master all the essential techniques including, hot-smoking, cold-smoking…

Dried dehydrated meat (jerky). Made by drying meat at a relatively low temperature (140°F – 170°F) for an extended period of time.

Especially among the old traditional ways of preserving meat… Biltong.

Biltong is a form of dried, cured meat. Various types of meat are used to produce it, ranging from beef to game meats. It is related to beef jerky in that they are both spiced, dried meats; however, the typical ingredients, taste and production processes may differ.

The meat was prepared with vinegar and spices then hung to be air-dried for a fortnight during the winter, when the colder temperatures further inhibited bacterial and fungal growth. Once suitably dried the biltong was ready for packing in cloth bags which allowed air circulation to help prevent mold.

First, ideally the meat is marinated in a vinegar solution for a few yours. Grape vinegar is traditional, but balsamic and cider also works well. The solution is then poured off prior to flavoring the meat.

This mix is then ground roughly together. Sprinkle liberally over the meat. Rubbed in.

Set for a few hours. Or refrigerate overnight. Pour off any excess liquid before the meat is hung in the dryer. Traditionally a fortnight, or, two weeks.

An MSB Reader said, “My grandmother, born 1896 and raised on a Midwest farm told me that when they butchered a hog, they would lay slices of pork in a crock and pour lard over each layer then store in cold dark place.”

Apparently the lard method was used by pioneers many years ago, and by soldiers during the Civil War as a way to preserve their meat.

Pemmican is a nutritious, preserved food created by Native American Indians. It consists of a mixture of cooked, dried and shredded buffalo meat, or fish, which is combined with melted fat.

The buffalo meat was first dried.

The dried meat was heated through over a low fire, and then beaten with sticks or stones into shreds.

Buffalo tallow was melted and the shredded meat stirred into the hot fat to create pemmican.

Berries and dried fruit was sometimes added to the pemmican.

The pemmican would then cool and harden.

Pemmican would last for over a year and was eaten dry or boiled in water.

“Whether you are faced with an extreme survival situation, or you’re simply wanting to obtain animals without hunting or trapping, this book will show you how to find, process, and preserve meat without anything but a knife. You’ll learn how to safely assess an animal carcass to determine whether it’s safe to eat – a vital skill that could save your life.”

“There are also special sections on roadkill and making pemmican – the most nourishing and long-lasting survival food.”

A Guide for Safe Scavenging, Pemmican Making, and Roadkill
(view on amzn)

Share your own ideas, opinions and experiences about preserving meat: