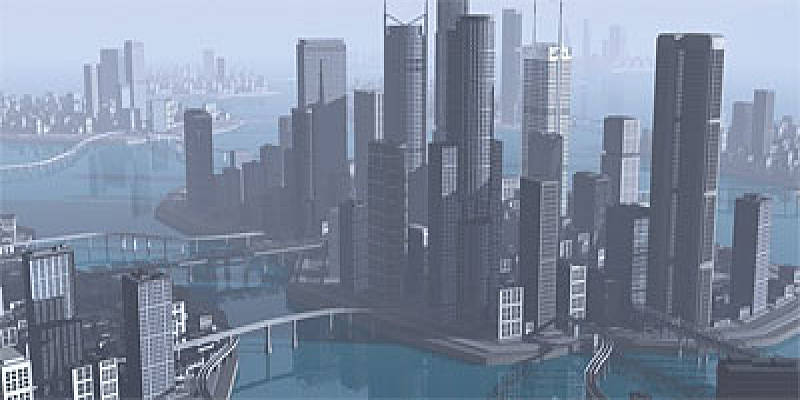 You might say that cities are artificial. No city can feed its own people. Although they are centers of lots of population and activity, a city can only exist at the expense of resources from elsewhere. Cities cannot make it on their own. Not even a chance.

From a survival preparedness standpoint, cities are a big red flag. A place not to be when there has been a major disaster. Think about the dependencies. Food, Water, and All Consumable Supplies are trucked in from somewhere else. Although this is similarly the case for the suburbs, and lesser so for rural areas, the fact that so much (of everything) has to be brought in to to a city for support of such a large concentration of human beings is the Achilles Heel.

I read this recently, “No city can feed its own people.” None of them. Cities are not self-sufficient. Not even close. When you think seriously and logically about all of the absolute dependencies that cities have upon supplies and distribution, and combine that with population density, well those urbanites better hope that nothing disrupts the flow for more than just a short time!

Cities depend upon farmers from the countryside, and food sources that range from all over the world depending on season. Not only that, but the cities depend 100 percent on the web of distribution chains such as big trucks, little trucks, trains, planes, etc.., to deliver everything. I’ve read estimates that cities may only have about one week worth of food at any one time! Let that sink in…

Not only do supplies need to come in, but trash and sewer needs to be brought out. These systems also have dependencies like trucking, electricity, and social order.

This is all invisible to the city dweller, and is entirely taken for granted that the systems will not be disrupted.

Following a major collapse, some of the biggest and immediate dangers will be social chaos brought on by shortages or lack of food, water, gas, supplies. The water demands for a city are enormous. When the water stops, it will become even more desperate than when the food runs out.

Imagine the modern buildings and apartment dwellings within the cities. Nearly all of them require an operating HVAC system (Heating, Ventilation, and Air Conditioning). Without it, temperatures will SOAR beyond bearable conditions in the summer and will PLUMMET in the winter. This will make it nearly impossible to live in them without electricity. Imagine all those people?

In a major disaster, this could all come about within days. Less than a week. Those who had failed to get out while they had a chance, will be doomed to very dangerous and difficult times indeed with their very survival at stake. There is even the risk that a city may become quarantined with all major routes in and out blocked.

Be aware that cities are death traps following major disaster.

Your survival will depend upon having a plan BEFORE disaster strikes. Know multiple routes out of the city, including routes that are NOT major routes. If collapse actually occurs, get out IMMEDIATELY. Better yet, stay out altogether. Or move.