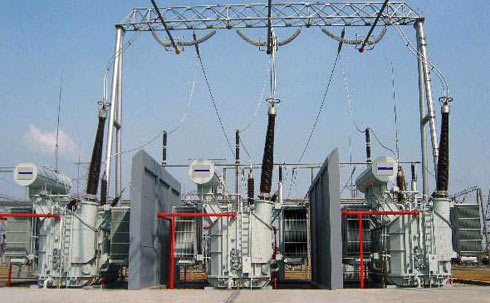 WND.com has recently reported that Iran’s death squad is here. 10 terrorist cells, apparently ‘highly trained’ and ‘sophisticated’, are reportedly here and ready to attack critical infrastructure in the United States during 2013…

“The source within the office of Ayatollah Ali Khamenei, the supreme leader of the Islamic regime, said the team is to create instability in America through terrorism should the U.S. fail to accept the regime’s illicit nuclear program, increase sanctions, confront Iran militarily or intervene in the Syrian civil war.”
source: http://www.wnd.com/2012/12/next-911-irans-death-squad-is-here/

Reportedly most of the terrorist ‘team members’ have been in America for a year; a few were successfully placed here about five years ago.

The targets apparently include high-voltage towers to create blackouts, cell towers, water supplies, public transportation and various other buildings belonging to the Defense Department and military. The source said the planned attacks could be greater than what happened on 9/11 and that in the last phase of the attack, al-Qaida operatives will also be involved.

Here’s the thing folks… “IF” terrorist cells were able to take out a number of our EHV transformers on the power grid (Extra High Voltage), put simply, we’re screwed.

90% of consumed power passes through a high voltage transformer at some point. If these transformers fail especially in large numbers, therein lies a very big problem.

The industry maintains very limited spares of EHV transformers. They are HUGE, massively heavy, extremely difficult to transport, and worst of all… they are not made in the U.S. and typically have a lead time of at least 1 year or more to build. To put it bluntly, if regions of the country were without power for a year, there would be a massive die-off.

Apparently the DHS is working on something called “RecX”, a Recovery Transformer designed to more quickly replace an EHV during an emergency. The program is new, and largely untested, however it is encouraging to hear that this thought process and risk awareness has crossed their minds…

The terrorist cells are also reportedly targeting water supplies. Like electricity, our municipal water supplies are critical to survival. If the water stops flowing from your tap, or if the water becomes ‘contaminated’, there will be panic and social chaos that will ensue not long afterward.

It makes sense, in a twisted way, that terrorists would be targeting such basic but critical supplies that we ENTIRELY depend upon for survival. Electricity and Water. One wonders how secure these systems really are. How difficult would it really be to ‘take out’ a number of EHV’s for example…

We need to be prepared for this. It’s not a joke, and there are those in this world that would like nothing more than to kill us. Bringing down our power grid would certainly do that, and in a very big way.

How to prepare for this? That’s not an easy question to answer, due to several unknown’s… the biggest of which is how long would the power really be out. Days to weeks are manageable. Beyond a few weeks, it gets real bad, real fast. The key in that case would be to survive the period of ensuing chaos and desperation which would accelerate, peak, and then fall off as people don’t make it…

It basically means surviving the old fashioned way, without power, and everything done manually and by hand. Including food and the ability to put meals together with what you have. Security would rapidly become a very big concern. It doesn’t take much of an imagination to vision how it might play out, or some of the things you might need to make it through.

Don’t keep your head in the sand and assume that government intelligence and intervention will be able to successfully thwart off every attempt behind the scenes. All it takes is one successful major operation, and we could be in deep $hit. Just because things have been relatively calm here for some time, don’t be lulled into thinking it will always remain that way. Sure, we hope it will, but hope is not a practical emotion.