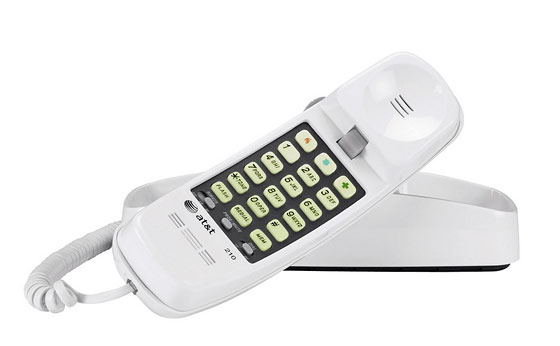 If you are of a preparedness mindset, and if you still have ‘land-line’ phone service, you really should consider getting your hands on an old-fashioned corded phone that doesn’t have electronics requiring that it be plugged in to power it…

The power required for a land-line corded phone to work is built-in to the land-line itself. You don’t need a separate power source for it to work. The phone company supplies the power that your phone needs using the copper phone wires to your home.

The thing is, many people (including myself) connect cordless wireless phones to their land-line for convenience around the house and yard. This is all fine and good, as long as you also keep a corded phone backup – one that doesn’t need batteries or plug into the wall outlet.

It’s a simple thing, but it could be a very important thing!

This is the one I have:
AT&T Corded Phone