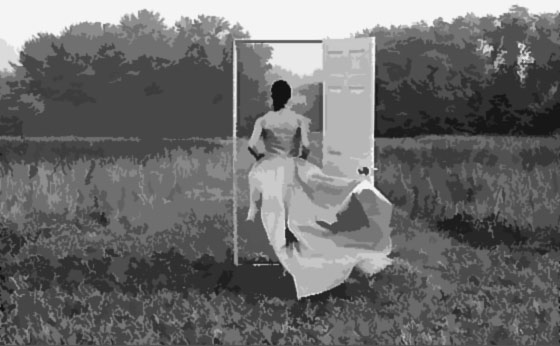 Mrs.J and I have a policy that if either of us are going outside, we let the other know…

Why? Because accidents can, and do happen. For example, a fall can easily become debilitating to the extent of not being able to make it back to the house. This becomes especially important if the weather outside is not conducive to easy survival (winter, or raining outside, or scorching hot sun, etc..).

A few thoughts as it relates to situational awareness:


One morning last week, Mrs.J must have forgotten about the policy – however she fessed up afterwards because given the conditions outside she realized what could have happened… The day before there had been a moderate partial snow melt coupled with some freezing rain. But that night the outside temperature plunged below zero, turning all the snow into a solid mass of ‘slippery’. While she didn’t fall, she realized while walking some deer food over to the feeder (she’s a softy that way – feeding them early in the morning – and evening ;) ) that she could have fallen and possibly not made it back to the house. It was also -12F that morning! I was still sleeping! (6:30AM – although I’m normally up at that hour)

Another example is from someone here on the blog who had commented last week,

Four years or so ago I was grinding some wheat in the kitchen and watching TV at the same time. I didn’t notice that my food hound dog had quietly came in and settled right next to my foot. I pivoted to turn off the grinder and went down. Broke my knee cap crosswise and the bottom half broke into several pieces. I didn’t have a cell phone and found something to knock the phone off the wall phone hook. At least I was inside and nice and warm! Since then I got a $5 flip phone and try to keep it on me.
-aka

It can even happen inside your house!

Here’s a hypothetical that I sometimes think about whenever I go outside over to the ‘shipping container’ to get something or put something inside… When I unlatch and open the very heavy steel door, and as it slowly swings open as I walk inside… I think to myself, “What if that door were to swing back closed and somehow partially latch itself!!” I’ve actually had the wind blow it back while inside but fortunately the latching fingers didn’t set in enough to prohibit opening it. If that ever happened, and Mrs.J had no clue I was outside or where I was, it might be awhile before I’m found ;)

Here’s another example. Earlier this year I seriously twisted my ankle while simply walking out on the property. My foot went into an uneven portion of ground which appeared smooth due to the grass growing there. The twist wasn’t bad enough to keep me from hobbling back home, but it could easily have been worse! What if I couldn’t walk back? How long till Mrs.J comes a looking? (don’t answer that…)

So whenever either of us are out on the property beyond being able to see from the house, we ‘usually’ take a 2-way radio. Whoever is in the house leaves it on, and whoever is outside has a radio with them. I have found that our Midland FRS/GMRS handheld radios to be great for this. Even through the wooded areas the range is adequate for a decent mile or so (more or less depending on hills, terrain, etc..). Our property is about 1/4 mile square so that’s plenty good enough for us. In mostly open terrain these radios will go for miles (further with GMRS channels due to higher power options).

Okay, point being to recognize that it’s easier than one may think to injure one’s-self, so let your spouse (or whomever) know when you’re heading out to the ‘back 40’! You’ve likely heard that it’s not a good idea to hike alone. But if you must, then let someone know…

Have any of your own ‘horror stories’ in this regard?