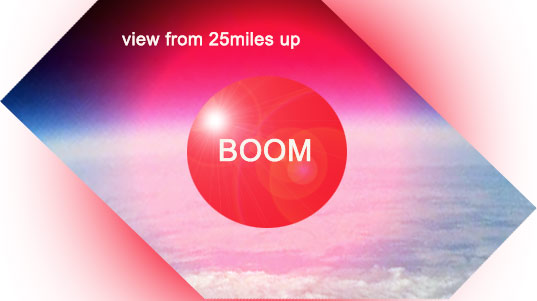 Any nuclear detonation above 25 miles will cause a high altitude EMP (electromagnetic pulse).

A nuclear weapon detonated at an altitude of 200 miles could affect all unprotected electrical equipment within the continental United States.

Nuclear weapons at that altitude could be detonated from a satellite, an intercontinental ballistic missile, or from a ‘Scud’ type missile launched from a freighter. Depending on the location and size of the blast, the effect would be to knock out the power grid across most, if not all, of the continental United States.

It is believed that some terrorist organizations and numerous countries have the ability to deploy nuclear weapons via smaller range missiles at altitudes capable of causing devastating consequences. Both Iran and North Korea have reported tests describing mid-flight detonations of such missiles. Intelligence analysts have stated they believe these tests were designed to exercise HEMP capabilities.

The United States is at significant risk from even moderately sized weapons. A terrorist country or organization might have trouble putting a nuclear warhead “on target” with a Scud, but it could easily launch a missile from a freighter in international waters, and detonate a crude nuclear weapon in the atmosphere high above one of our coastal cities.

In a briefing to the congress, Senator Jon Kyl said, “A single Scud missile, carrying a single nuclear weapon, detonated at the appropriate altitude, would interact with the Earth’s atmosphere, producing an electromagnetic pulse radiating down to the surface at the speed of light. Depending on the location and size of the blast, the effect would be to knock out already stressed power grids and other electrical systems across much or even all of the continental United States, for months if not years.”

In a briefing to the House Armed Services Committee, a congressional commission reported that “HEMP is one of a small number of threats that can hold at risk the continued existence of civil society within the United States, and our ability to maintain national security and project military power anywhere it is needed . . .This threat also places our national economy and worldwide military forces at risk.”

Another scientist said, “An electromagnetic pulse (EMP) attack on the American homeland, is one of only a few ways that the United States could be defeated by its enemies – terrorist or otherwise, and it is probably the easiest.” The report stated, “The loss of power beyond emergency power supplies may well cripple financial systems, telecommunication, health care, emergency response, government control, water and food supplies and other critical societal functions — a potentially escalating rather than diminishing situation”.

The commission said a blackout of the power grid would be “virtually certain” following such an attack. Moreover, the briefing states, the panel predicted a “high proportion of computers” and other systems would be affected; major telecommunications would be interrupted; many high-frequency, VHF and UHF receivers would be damaged; and cell phone, satellite and Internet communications would be hindered.

Other infrastructure impacts could include damage to fuel supply and refineries, the transportation system, water supply and sanitation, chemical plants, financial systems, health care, emergency response and “government integrity.” The loss of power would have a cascading effect on all aspects of U.S. society. Communication would be largely impossible. Lack of refrigeration would leave food rotting in warehouses, exacerbated by a lack of transportation as those vehicles still working simply ran out of gas (which is pumped with electricity).

The inability to sanitize and distribute water would quickly threaten public health, not to mention the safety of anyone in the path of the inevitable fires, which would rage unchecked. And as we have seen in areas of natural and other disasters, such circumstances often result in a fairly rapid breakdown of social order…. Not only would there be nobody nearby to help, it could take years to replace destroyed equipment.”