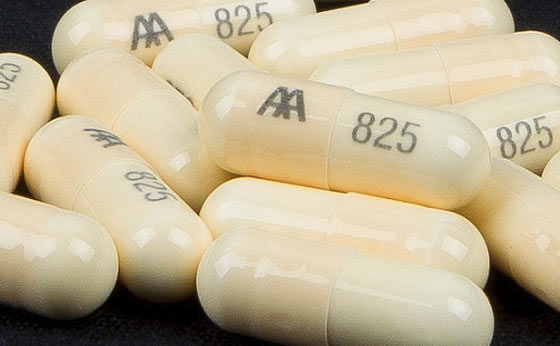 When the bottles arrived, I dug out my photographic drug reference and found that these are indeed the same pills that are given to humans, right down to the tablet color and markings.

It makes business sense. It costs less for drug manufacturers to have one production line for each drug, rather than to build a separate process exclusively for veterinary medicines.

These are the same generic antibiotics that can be found on many pharmacy formularies.

Here’s a list of some of the ‘fish antibiotics’:

Disclaimer: Nothing in this article constitutes medical advice. It is for information purposes only. It is not meant to diagnose or treat any disease. Never take any medication that was not prescribed specifically for you by your physician. Hopefully, this information can help you be a more informed and involved patient. Short of a true post-SHTF scenario, I strongly advise you not to self-diagnose and treat.

Penicillin (Fish-Pen)
Today, penicillin is only used as first choice for one infection– strep throat. That’s it.

Amoxicillin (Fish-Mox)
Amoxicillin is used for basically the same infections as ampicillin with the addition of being effective against lyme disease and stomach ulcers. A probable first choice to have this one of the three penicillin’s.

Cephalexin (Fish-Flex)
Also known as Keflex. Effective against streps and the staphs. Important: Staph aureus (Staph – the #1 cause of wound infections worldwide).

Ciprofloxicin (Fish-Flox)
Broad-spectrum. First line agent for complicated UTI’s and kidney infections, bone and joint infections, typhoid, prostatitis, abdominal infections, gonorrhea, plague, and anthrax.
Note: Cipro carries a Black Box warning because it is associated with tendonitis and tendon rupture (most often the Achilles tendon… 1 out of a 1,000 chance).

Doxycycline (Fish-Doxy)
Broad-spectrum. The preferred agent in treating Chlamydia, Typhus and Rocky Mountain Spotted Fever, and Cholera. Doxy will also work against Anthrax, Plague, Tularemia, and Legionnaires disease. While not FDA approved for this, it will also treat Lyme disease.
Note: Doxy should be taken on an empty stomach. Should not be taken by children under age 8 or by pregnant women.

Metronidazole (Fish-Zole)
Known under its trade name, Flagyl. Broad-spectrum. Used for STD’s. Used for Clostridium difficile (or C. diff, as it is often abbreviated). It can kill some parasites – often used to treat Giardia lamblia (via contaminated water). Used for infections suspected to be caused by dental abscesses, aspiration pneumonia, intra-abdominal infections, lung abscesses, stomach ulcers caused by the bacteria Heliobacter pylori, and tetanus.

Note: Do your due-diligence. This is not medical advice.