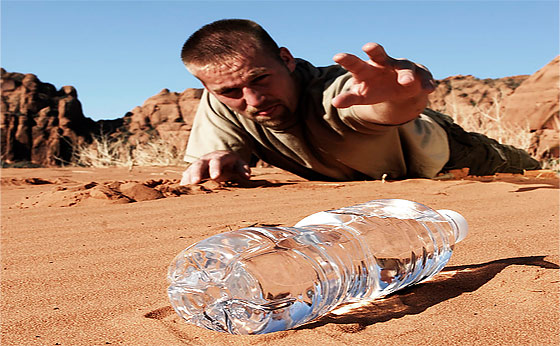 Especially during the ‘dog days of summer’, becoming dehydrated can happen quickly. In fact you may not even recognize it at first, so, how can you tell if you’re dehydrated?

Seriously, it’s accurate. Check the color of your urine. 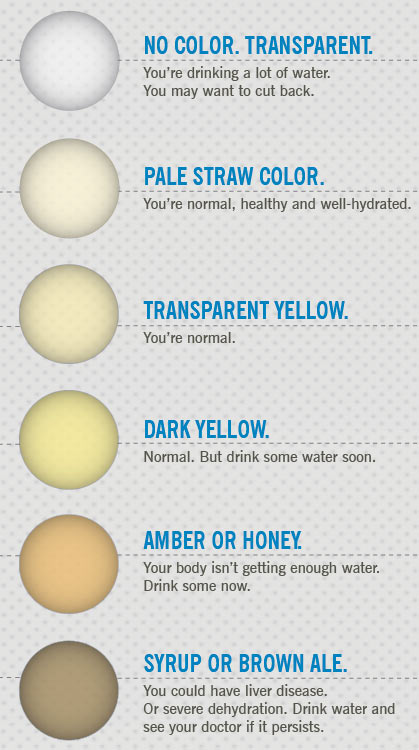 I’ve written about this subject before, and I’m doing again this morning because the subject comes to mind given that today (in my ‘neck of the woods’) it is forecast to be the hottest and most uncomfortable day of the year with temperatures near 100 and the dew point into the 70’s, which is downright oppressive – and dangerous.

I will choose not to work outside today, however many people will be out there, and some of them will become dangerously dehydrated.

Note: Even when a person is ‘at rest’, the body may lose approximately 1-gallon of water per day. Why is this important? Because the human body is made up of 75% water by weight. Your blood is 83% water. Your brain is about 75% water. Get the picture?

Remarkably, it is said that approximately 75% of the American population is chronically dehydrated. Now add adverse weather conditions that exacerbate that problem… it doesn’t take much to begin affecting your health.

Tip: Do not rely on a feeling of thirst before you begin drinking water. By the time you even begin to feel a little bit thirsty, you’re already down a quart…

If you’re older: Apparently, the older you get the more you lose of your sense of thirst – so force yourself to drink water.

There have been multiple times when I have become noticeably dehydrated. In fact it just happened again a few weeks ago. So how could I tell that I was dehydrated? At first, I did not recognize that my problem was dehydration. I had been working ‘extra’ hard outside for several days in a row during hot days. While I was sweating a-lot, I was also drinking water. The problem though was that I was not drinking ENOUGH water.

My first signs were muscle aches (which I attributed to the physical labor that I was doing). That evening I was definitely feeling lethargic and weak. Slightly light-headed I guess… The next morning I still felt like ‘crap’, and then it hit me… maybe I was dehydrated (having recalled previous postings on the subject).

So I then drank several cups of water. I waited awhile and drank some more. Guess what? It didn’t take long at all until I began to feel significantly better. Soon I was back to normal. It surprised me…