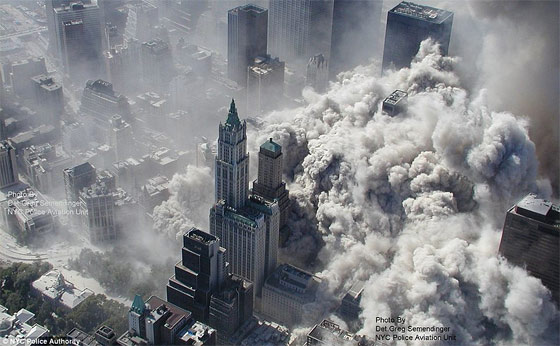 On this anniversary date of 9/11/2001, the two questions for you are the following:

When 9/11 happened so many years ago, do you recall the moment — when you found out, where you were, and what you were doing or ‘felt’?

How did it affect you then, and now?

I vividly recall that early morning (while living on the West coast during that time) when after routinely turning on the TV to get some news while getting ready for work, this time though the scenes on TV were stunning. The first plane had already hit – and moments later I saw the second plane hit while live on TV. I stayed home for a while – soaking in the disastrous and tragic news while watching the horrific scenes unfold that morning of the towers collapsing. Later when I drove in to work, it was a surreal and subdued day while everyone else tried to come to grips with what was happening.

I will say that 9/11 affected me in a significant way (ways). The fact that this attack was on our homeland soil, and it was so absolutely unexpected, bold and tremendously devastating, I initially felt that we were vulnerable and violated as never before (in my lifetime).

It opened my eyes to how apparently easy it was to cripple a nation – the most powerful nation on earth – by way of just 19 human scum (and their backers). 9/11 exposed (to me) that we could be attacked. We were not immune. This fundamentally adjusted my outlook at the time. It actually enabled a renewed internal ‘drive’ to become better prepared – even though we had just gone through the Y2K thing.

While looking back all these years later, I am saddened and angry that so many of our apparent freedoms and rights to privacy have been lost (removed) since then – all for the sake of our supposed ‘safety’. I suspected (and was correct) that once the .GOV got a hold of the powers of control via something like ‘The Patriot Act’, that they would never let go. In fact, not only have they not sunset, they have ballooned (e.g. the NSA in Bluffdale, Utah).

I have written seemingly a zillion articles on what I (and MANY others) consider to be .GOV privacy overreach based on the apparent ‘excuse’ to save us, and I have picked on the NSA, their multitude of exposed spy (on Americans) programs, and other alphabet agency overreach — but I have slacked off on that due to the fact that there’s not a darn thing I can do about it. My expressed public disdain will only raise my name higher on their ‘lists’ – so why risk it… Instead I prepare for the coming economic collapse (and/or World War III) – but I digress.

I will close my short story by saying that the same people who attacked us on 9/11 are inherently the same and/or share the same fanatical religious beliefs as those today who continue to vow death to the West, death to America – regardless of whether you call them Al Qaida or ISIS or whatever… I have also been sickened to observe a sitting president who has seemingly enabled these ‘people’ and these attitudes (by not condemning them, for example), especially having recently signed the so called ‘Iran deal’ which apparently gives them the ‘green light’ for ‘the bomb’ and a few hundred billion dollars which had been frozen – for them to further their very publicly stated goals (death to America). It seems crazy (at least to me).

In any event, I could go on and on about my opinions, but lets hear from you…

When 9/11 happened so many years ago, do you recall the moment — when you found out, where you were, and what you were doing or ‘felt’?

How did it affect you then, and now?