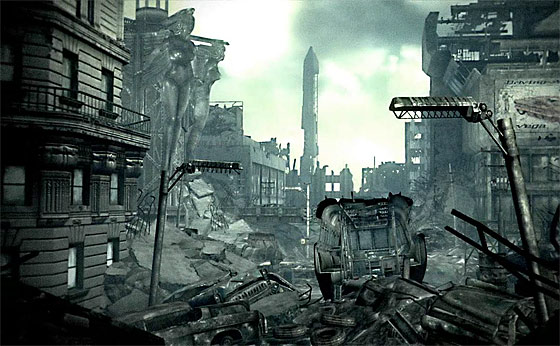 If and when there is a ‘next’ Great Depression (some may argue that we’ve already entered the next one – although hidden from sight), the question is “How will it be different from the first?”

The current labor force participation rate is somewhere around 62% in the U.S. and the current (NOV-2016) combined U3 & U6 unemployment numbers reflect 22.8% (source: ShadowStats.com). Apparently there are about 41 million people receiving food stamps while nearly 14% of Americans live below the ‘official’ poverty threshold (hinged to income and family size).

According to a recent Federal Reserve report, nearly half of Americans couldn’t cover a $400 emergency expense without borrowing the money or selling something. Additionally, almost 30% of people report having a zero balance, and 62% have less than $1,000 in savings, according to a recent survey (source: GOBankingRates.com). An additional 21% report having no savings account whatsoever.

We as Americans are really not wealthy. Rather, we as Americans are drowning in debt while putting on a facade of phony wealth. Most do not own anything. The banks do. And guess what? The banks are in trouble too. The Federal Reserve (a private organization) has essentially been propping up the banks (and ‘the market’) since 2008 – and it’s all based on more gargantuan debt.

While most Americans are entirely clueless about the big picture here, one day (or over a period of time), we may descend further into a ‘Greater Depression’ as so many of the so called ‘asset classes’ collapse in value as they seek out their own ‘true value’ when they cannot be propped up anymore.

Okay, back to the question at hand… How will the next Great Depression be different?

Recently, a commenter here said,
The “great depression” lasted somewhere around 10 years…. 80% of the population lived on farms-ish, I would bet that 90% of those had a HUGE-deep-pantry, and already had Gardens and Livestock. In 1935 there were around 127 million in the US, now 320-ish million, IF the “greater” depression hits and 80% are in the cities….. Just something to think about.

Someone else said,
“…but the greatest loss is the knowledge of survival. In the “great depression” many survived by riding the rails to areas that needed farm labor – try that with most urban dwellers today. Not only are they not physically able but are totally ignorant about agriculture, nature, and most of all, being able to cooperate in a rural society.”

A few of my own thoughts…

Back during the Great Depression, people had a MUCH GREATER sense of morality, work ethic, and practical skill sets than they do today.

There is a tremendous number of people today who have not experienced real hardship. They have been coddled, they have had things handed to them, and they EXPECT to be taken care of. They get angry when they don’t get their way.

During the days of the Great Depression, people on ‘assistance’ had to line up to receive their benefits. It was very visible. Today, ‘digital cards’ hide all of that. The numbers of those receiving benefits are hidden from view and all ‘appears’ as normal…

Today, it’s easy to get a bank loan for just about anything. Back during the days of the Great Depression, people taking on loans was significantly less. They had to save and work for ‘it’.

Family farming and agriculture today is essentially non-existent compared to the years of the Great Depression.

People have no idea how large of a garden and the right kinds of foods which will produce adequate calories to help over-winter for their household. A few tomatoes and squash in a 10×20 garden is not going to cut it…

How many people today know how to preserve their own food (e.g. canning)? I would say VERY, VERY FEW.

Because most Americans suffer from extreme ‘normalcy bias’, a Greater Depression will be shocking and devastating to say the least. Many will lash out as the cities burn… (perhaps literally).

People today are NOT educated the same way as back then. Practical skills are all but ‘gone’. Used to be that many would learn some technical trades in High School and some would go on to a trade school afterwards. Whereas today, ‘everyone’ (even those who really aren’t that bright) has to go to ‘college’ where they’re taught diversity training, political correctness, ‘Dem’s Good – Repub’s Bad, etc…

Today, our manufacturing base is GONE. Back during the Great Depression, we made ‘stuff’. When a nation makes their own ‘stuff’, that’s a good thing…

In conclusion, my general opinion is that the next Greater Depression will be a complete disaster, and it will become violent as the waves of desperation wash over the land. We are a different people than back then, and it’s going to bite us in the a$$…

Care to add your own thoughts?