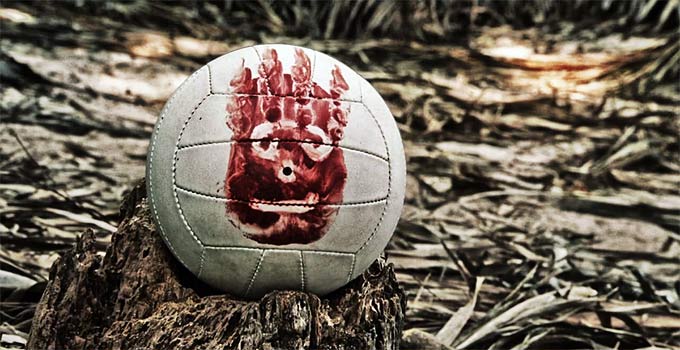 Rely on yourself. It WILL result in a better ‘you’. This applies to your personal life, your work life /career, and in the context of this blog… self-reliance /preparedness.

I chose the iconic visual graphic of ‘Wilson, the volleyball’ for this post – from the excellent movie, ‘Cast Away’(amzn). Tom Hank’s character certainly had to ‘rely on yourself’ to survive!

In today’s modern world, I would suggest that a majority of people lack a spirit of self reliance. There may be a number of reasons for that.

I can tell you from my many personal experiences, relying on yourself (to the extent possible) will make you a better YOU.

There is a strong sense of satisfaction, especially when a project or goal is accomplished by your own efforts. Even if you needed the help of others, there’s a certain feeling of achievement and fulfillment that goes along with it.

Each accomplishment whereby you’ve relied on yourself to the extent that you can, it results in a better you. A stronger you. A smarter you with a growing knowledge-base of experiences. You become more valuable to others, and yourself.

When you “do it yourself”, there are lots of things that you learn in the process. These learned ‘things’, ‘tricks of the trade’, trial-and-error, skills, THEY ALL ADD UP to make a better you.

After awhile, you become more “well rounded”. That is, as you rely on yourself, you build up a varied knowledge base, skill sets, adaptability, confidence, self reliance, independence.

Some people like a challenge. Many others don’t. Actually, most will instinctively shy away from new challenges. However, you will discover the more challenges that you take on in life, the less ‘scary’ they become. You will build confidence over time.

Self Reliance & Preparedness ‘Go Together’

While not exclusive to the prepper, I would confidently say that most preppers, or preparedness minded people, have more of a self reliant attitude than the majority cross section of the population.

Preppers are more aware of the many risks that are associated with dependence on others and /or other systems.

Therefore, a prepper will take it upon them-self to do what may be necessary for mitigation of those risks.

Maybe it’s acquiring specific resources. Or building something. Perhaps learning “how to” do this or that… It all starts with the characteristic of self reliance. Relying on yourself.

Can Money Buy Self Reliance?

Throughout my life I have known and interacted with many different people. Lots of varying attitudes. And a wide variety of income diversity. Some are ridiculously wealthy. Others in-between. And still others who most would consider on the “poor” side of the wealth scale.

But I can tell you this: I have met (and know) more so called “poor” people who are amazingly self reliant (much perhaps out of necessity) who I would rather have ‘my six’ compared with the “rich” people I’ve known. But I digress.

Back to the question, can money buy self reliance? Of course money helps! Money can buy lots of resources, and resources can be very important. However, money CANNOT buy real true self reliance, because that trait comes from inside YOU. It’s internal.

One cannot rely on money alone.  Well, more clearly stated, yes one can in today’s modern world. However if that were stripped away, what would be real “money”? It comes down to ‘you’. You’re the money.

SUMMARY
In my estimation, striving to be more self reliant makes for a better “you”. The characteristic is inherent throughout much of our history. Today’s modern world however makes it way too easy to rely on anyone but yourself.

If you really want to be better prepared for whatever may come your way, embrace the challenges of self reliance. Rely on yourself to the extent possible. It will make for a better you.

[ Read: Self Reliance & Self Sufficiency – What’s The Difference? ]