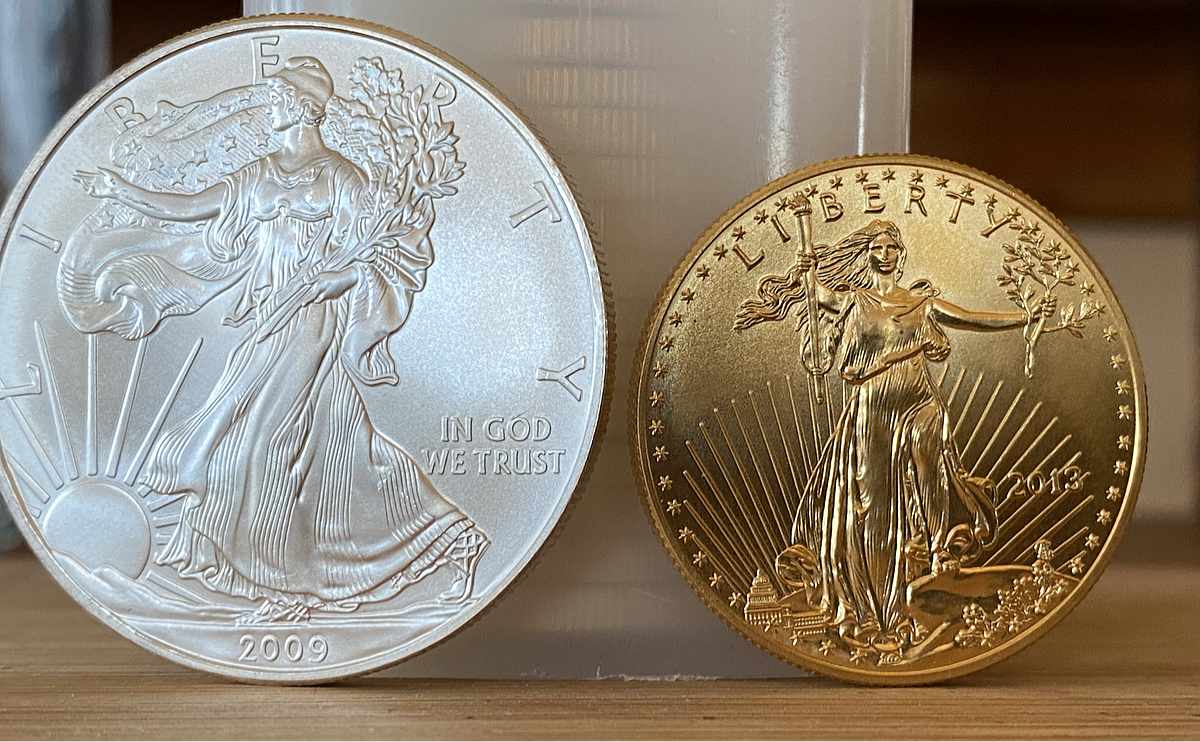 I found the information while visiting one of the many sites during my daily browsing activities. Actually, they listed the nine states (as of this post date) that still do have tax on these precious metals (though that number may drop soon). So I simply put a comparative list together (below).

Oh, the reason for the article was the fact that Ohio had just joined the other states with no tax on gold and silver.

Kitco News – Gold and silver have taken another step forward to regain their former luster as monetary metals after Ohio became the 41st state to remove sales tax from bullion purchases.

However, of the nine holdout states, Hawaii, Maine, Mississippi, New Jersey, Tennessee, and Wisconsin have recently considered measures to remove the sales tax in their states.

Also, a bill has been introduced to remove taxes at the Federal level. In March, U.S. Representative Alex Mooney (R-WV) introduced the Monetary Metals Tax Neutrality Act (H.R. 2284) bill in the House. According to the bill, the proposed legislation would remove capital gains, losses, or any other type of federal income calculation on gold and silver bars and coins.

I know that some of you do acquire some silver bullion, and gold bullion, for various reasons.

From a financial preparedness standpoint, it is a hedge against inflation. History proves that physical gold and silver does preserve wealth. And during volatile times, it can even increase wealth in terms of the currency in use, as people, investors, and institutions suddenly jump in to the market (for various reasons) pushing the price higher.

Again, from a preparedness point-of-view, whenever I bring up the topic of precious metals, there are those who jump in and say something like “You can’t eat gold or silver, so what good is it…”. Well, yes, that’s right. However, physical precious metals are a consideration AFTER your other needs have been met. You would be pretty dumb to buy silver or gold if you can’t afford to set yourself up first with adequate preps of food, supplies, and whatever else…

Anyway, I thought I would bring up this topic again.

The smallest denomination of silver bullion would be “junk silver” coins of yesteryear. Probably pretty good for barter (if necessary)?

And then there’s 1-ounce silver eagles. What’s today’s price? About $26 an ounce as of this post date…

Gold, in terms of todays dollars, is 69 times more costly than silver (about $1800 an ounce as of this post date). It truly is a store of wealth packed into a shiny lustrous coin with a significant heft when you hold one in your hand.

The gold-silver ratio is the oldest continuously tracked exchange rate in history.

Historical Factoid: The Roman Empire officially set the ratio at 12:1.

Where To Buy Physical Gold or Silver

Buy gold or silver from a reputable precious metals dealer. A business that has been around for a long time, and therefore has an established reputation.

Some of you prefer your own “local” walk-in shop. Maybe you’ve established a relationship there, and all is good.

On the other hand, some of you don’t have that luxury (no local precious metals dealer nearby). I’ve been in that situation a number of times depending on where I have lived.

So, I researched gold and silver dealers who also sell online. I’ve used several over the years. Never had a problem. I was sure to only choose those who have been around for a long time!

Okay, full disclosure, the following gold and silver bullion dealer is one of our sponsors here. However, they’re highly reputable, a family business since 1974:

Oh, and there’s no counterparty risk to physical gold or silver. None. Zero.

Before I go, I can’t help but recall the following saying…