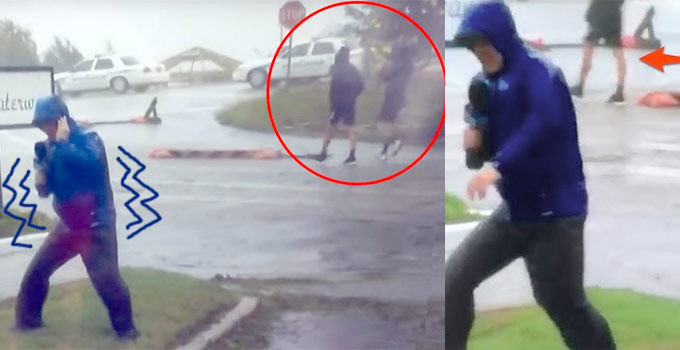 In my opinion, the mainstream (fake) news has cried wolf WAY too often.

It doesn’t affect me anymore. They overuse their fear mongering and dramatically descriptive adjectives so, so much.

They’ve been happening ‘forever’. Nothing has really changed in that regard.

But you would think by listening to the sensationalized news that this next storm is going to be “the one”! The biggest, baddest, worstest ever!!

I believe they’re attempting to make us think that these weather events today are now something terribly, horribly, devastatingly, bad. Worse than every before! As opposed to the weather of yesteryear.

Quick, everyone race to the grocery stores and buy bread, milk, and eggs!!

The part of the country where I live, we regularly or sometimes get a few ‘big’ winter storms throughout the season as opposed to ‘normal’ one’s.

For us that might mean a storm that dumps a foot or two in one day. Even when I was a young kid, these storms existed. But now, they (the fake news) will go crazy hyping up one of these forecasts as though the world’s coming to an end and it might be the biggest ever! And you know what happens (more often than not)? We might get half what they forecast.

This seems to be happening more and more. Hype turns to let down.

I just laugh when they come up with their new words. Especially when all the news outlets start parroting the same term! So funny…

I remember several years ago when they started using “mageddon”. Snow-mageddon! Cold-mageddon! Icemageddon! Wow, that must be really, really bad!

But what happens when the effectiveness of that wears off? Well, they’ll just come up with something, worse! Scarier!

It’s all about the camera angle

The Weather Channel started doing this many years ago, and now everyone seems to do it… It’s all about the camera angle.

What do I mean by that? Well, let’s say they’ve sensationalized a flooding event. They’ll send a news crew down to ‘the river’ looking for the lowest spot… you know the place – the one where it ALWAYS floods? (because it’s the lowest spot!)

Well here’s one trick: Get that camera down low near the water line. Angle it up a bit from there. It makes it look like Flood-mageddon!! The water might be only 3 inches deep, but it might look like 3 feet deep! Ratings, baby!!

Or you can just fake it:
Here’s a classic from fake news reporter Anderson Cooper, simply faking it: 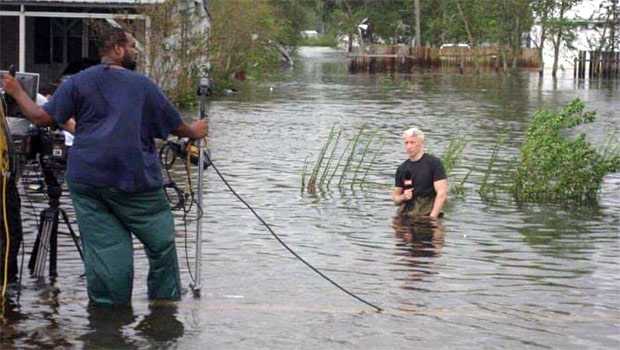 How about this one… The water’s so deep in the streets that this fake news reporter needs a canoe! Whoops- These people stepped in front of the camera on live TV! 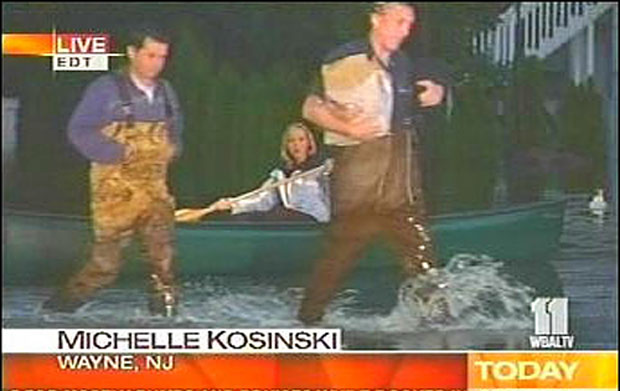 Here’s another example… There’s a hurricane that’s been forecast to pummel a region with Cat 4 winds. It’s gonna flatten the entire region. Well, lets send a news crew down to where they’ve forecast landfall. We can hardly wait to watch the on-scene reporter step out into the wind rocking back and forth with the gusts.

Let me ask you something: How often have you detected one of these so called news reporters over emphasizing their supposed poor footing in the wind? It’s pretty funny to watch them try to fake it (or at least make it seem worse than it actually is).

They actually blatently caught one of the Weather Channel guys doing it, I think last year (pictured above). He was jerking and swaying around like he was about to become airborne. And low and behold two people walking together came into camera view right behind him as they easily strolled by as though there was no wind at all. Hilarious!

So often (seemingly always) during a hurricane landfall, if I’m following it, I’ll check all of the local personal weather stations. There are typically lots of them in any given area. (Wunderground.com has lots of them on their maps). Anyway, I’ll notice the “real” winds are nothing at all close to what the news is hyping. I mean not even close.

They will insinuate that an entire region is getting clobbered with 100+ mph winds whereas the reality may be completely false. Perhaps focused winds in a relatively small area compared to their messaging.

Their news has become quite laughable at times.

Weather Hype is Bad for us

The problem is, and as a preparedness website, I believe their sensationalism is affecting the public in a bad way.

It’s one thing to sensationalize a forecast event when it may “really” be a bad one. But nowadays they seem to do it almost all the time.

The second I hear one of their trigger words, I discredit everything I’m about to hear.

What Happened to Real Reporting?

It’s gone. I’m talking about weather reporting here in this article. But it’s also true of the mainstream news in general. Most outlets are no longer news. Rather, it’s agenda driven, sensationalism, identity politics, opinion, and commentary. Traditional reporting as it once was, is seemingly gone. It’s no longer objective. It’s all about the twist. Let’s all do the twist together…

Weather hype. How many people fall for this anymore? Are people really that dumbed down?