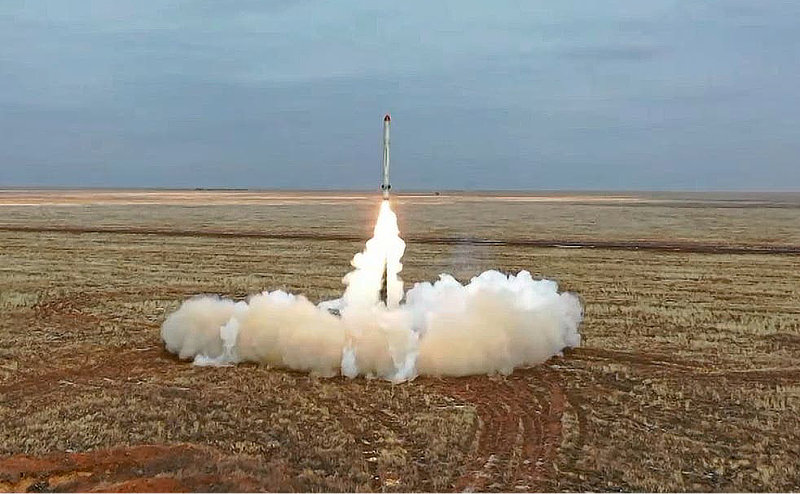 Given current events, one might wonder about nuclear weapons by country… Who has them, and how many? Well, as the title reads, 90 percent of all nuclear warheads belong to Russia and the United States.

Data sourced from armscontrol.org, there are an estimated 13,000 nuclear warheads in the world as of the year 2021.

Warheads are counted using the provisions of the New START agreement, which was extended for 5 years in January 2021.

The United States also has an estimated 100 B-61 nuclear gravity bombs that are forward-deployed at six NATO bases in five European countries.

14 Ohio-class ballistic missile submarines (SSBNs), armed with Trident II D5 SLBMs, form the sea-based leg of the U.S. strategic deterrent triad. Four of these vessels previously carried the Trident C-4 missiles. They have been retrofitted with the longer-range, more accurate D5. Assuming an average of twelve operational submarines with 24 launch tubes each and four warheads per missile, these boats carry roughly 1,152 warheads. However, given that normally only eight to ten of the Ohio-class submarines are deployed at one time, and that their launch tubes will be reduced from 24 to 20 in accordance with the requirements of the New START treaty, the actual number of warheads in the field is closer to 720.

China has since accelerated its nuclear development, and the Defense Department estimates, as of 2021, that China may have up to 700 deliverable nuclear warheads by 2027 and 1,000 by 2030.

However, will it be enough? For instance, one might consider the following… Putin is backed into a corner, so to speak. It reaches an extent such that he believes his country is a ‘goner’ anyway. So, he decides to take it all down. In other words, he decides that he’s not bluffing.

Current events (US/NATO – Russia) and reckless rhetoric of launching nuclear weapons. Not good. It’s happening on both sides. That is to say, it leads to furthering the risk of an exceedingly stupid thing. There are many reasons to exercise restraint of such statements. Above all, it keeps us alive another day… While I’m not supporting recent actions, I am not in favor of backing Putin into a corner. However, I do prefer some diplomacy. Do we really need to own the whole world anyway?

In conclusion, there sure seem to be enough nuclear weapons to destroy us all…

[ Read: Time Lapse Of All Nuclear Explosions Since 1945 ]