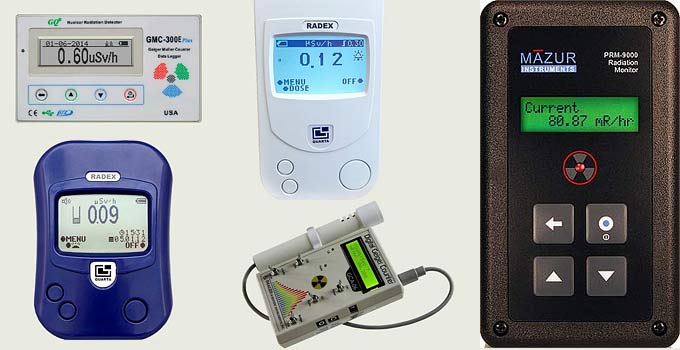 A Geiger counter / Radiation detector. Preppers are concerned about the possibility of nuclear radiation and contamination.

We are living in dangerous times. Many nation states have nuclear capabilities. We as preppers recognize and do our best to mitigate risks for our survival. Some risks are small, and more likely. Others are very big, though less likely.

With that said, one might consider the threat and potential reality of a nuclear detonation event (or worse). Nuclear proliferation among “enemy states”. It’s real. One never knows…

We also live in a world partially energized by nuclear power plants. Though historically very safe, accidents do happen. Also, many or most of these nuclear reactors are beyond their planned lifespan. There is risk. A grid-down disaster would put nuclear power plants at risk.

Features vary to an extent and you can dig into that for yourselves. When it comes to price, I have found that the detector itself (the part that actually collects / detects the radiation) makes a pretty big difference in performance (and price). It has to do with sensitivity, accuracy, measurement speed. Though even the lesser expensive units are still adequate to alert you of radiation.

One economical nuclear radiation detector is the GMC-300E-Plus. It’s made by GQ Electronics LLC in Seattle, Washington.

They also host a live real time radiation map from users who are submitting radiation data from around the world:
Real Time Radiation Map

A good nuclear radiation detector for under $200. The RADEX RD1503+ made by Quarta-Rad, is manufactured in Russia and distributed worldwide including the U.S. through their U.S. facility.

Another radiation detector / Geiger counter from Quarta-Rad. The RADEX RD1212. It costs a bit more than the previously mentioned model. However it also includes a USB PC connection and online software.

The company is based in Castle Rock, Colorado. Their radiation detectors are manufactured and Made in the USA. The company has a high reputation in this industry for their quality products.

Their digital Geiger counters are NRC ready to be “NRC Certified” — meaning they are accurate enough to obtain certification.

While expensive compared to lesser models, the Mazur PRM-9000 is one of the best Geiger Counter Radiation Detectors available.