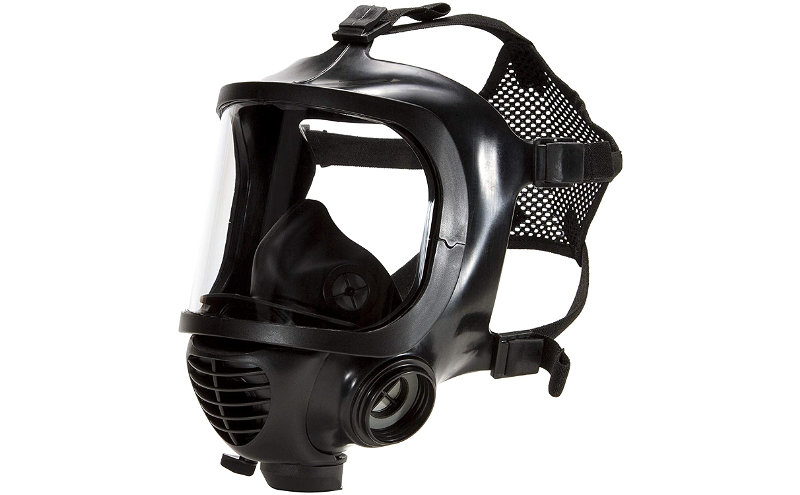 First, will a gas mask really protect you from nuclear fallout?

Gas masks provide no protection against gamma radiation. Neutron radiation is similarly unaffected by gas masks. A gas mask for nuclear fallout is not a magic bullet. There are lots of factors and variables of your situation which will impact your survival and plan-of-action.

However, Alpha & Beta radiation (which is in the ‘fallout’ cloud) is stopped from getting into your lungs. That is, with a proper gas mask, fitted properly to your face.

A gas mask is integral to survival for many circumstances and situations beyond nuclear alpha particle radiation too (chemical / biological). It’s an important part of one’s personal protective equipment (PPE) in this regard.

Alpha and beta radiation. They are both low energy particles compared to very high energy gamma. Alpha being the lowest energy. In fact, alpha radiation is stopped by the skin on your body. Beta radiation can also be stopped by wearing heavy clothing (for example).

The problem is this… You don’t want to breath it! Why? Because once it gets inside your body, your internal organs will be radiated. That’s where a gas mask for nuclear radiation comes in.

Also, you will need gas mask filters. They need to fit your specific mask. And, they too should be CBRN or NBC approved. The gas mask shown above will accommodate two filters, though you only need one to function. Here’s the NBC-77 SOF.

A nuclear fallout cloud. Pulverized particles from the detonation interaction with the ground, buildings, etc. Radioactive dust. Alpha/Beta Radiation attaches with these particles. It will eventually settle across the affected land.

Following the explosion, fallout will be especially concentrated near the detonation zone. Other fallout will be suspended into the atmosphere. It will follow the wind current. Slowly, the effects of gravity and weather will bring it to the ground. It could go a long way.

Eventually it will decay. That’s a good thing.

Fallout gives off more than 50% of its energy in the first hour and continues to decay rapidly even after that initial hour.

Rate of Decay of the dose rate from radiation from fallout

(source: Fallout from a Nuclear Detonation:Description and Management)

Another example of the seriousness, besides the obvious immediate deaths within the blast zone, quoted from atomicarchive.com…

Most of the bomb-produced radionuclides decay rapidly. Even so, beyond the blast radius of the exploding weapons there would be areas (“hot spots”) the survivors could not enter. Why? Because of radioactive contamination from long-lived radioactive isotopes like strontium-90 or cesium-137, which can be concentrated through the food chain and incorporated into the body. The damage caused would be internal, with the injurious effects appearing over many years. For the survivors of a nuclear war, this lingering radiation hazard could represent a grave threat for as long as 1 to 5 years after the attack.

It is not my intent to get into all sorts of probable follow-on effects from a nuclear detonation. Rather, I’m simply pointing out the concept of a good gas mask that may help in a temporary way. Perhaps while getting away. Or being within a fallout region that’s outside the red zone.

Tip: A beard, facial hair. It’s a problem. Any face mask will not seal properly. You will be exposed.