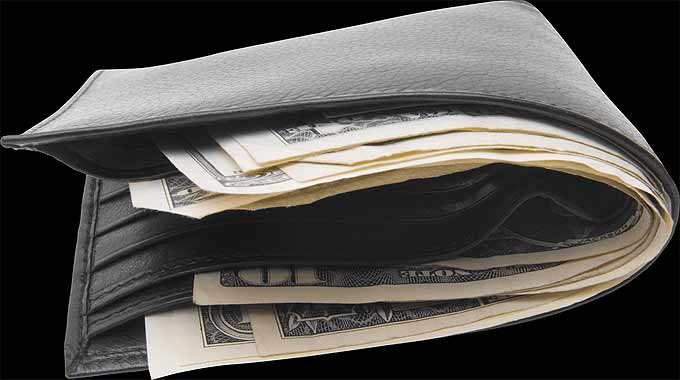 Cash for preparedness. It’s smart. Why? Because if and when the power goes out there will be no transactions with digital currency.

This will also affect some stores and their ability to accept cash, but chances are that you will be able to find what you need and pay cash.

Prepping and Preparedness (Level-1) is for up to one or two weeks of disruption. While the world won’t end, your life could certainly be disrupted if the event lasts up to one week.

You might need to go out and buy some more food, supplies, gasoline, or whatever else. However today’s modern society is programmed to use digital transactions when buying things. And if the power is out, you’re out of luck…

ATM or Debit cards. Credit Cards. So called ‘plastic’ money. One problem with that is the required infrastructure to support it. And what does that infrastructure run on? Electricity.

Cash is accepted everywhere. Although the Bankster Gangsters are pushing hard towards banning it, it hasn’t happened yet in the U.S. so I do recommend that everyone keep a certain amount of cash on hand for “just in case”.

The practical use for cash for Level-1 preparedness

Gasoline for your vehicle and generators

When there is a regional power outage, some gas stations may still be able to pump with their own generators. They also may have rigged up other ways to pump gasoline from their underground tanks.

Groceries from the corner store

Chances are that major supermarkets and big grocery stores may be closed during a power outage. Many of their registers require connection to the internet in order to communicate with ‘the mother ship’ network (e.g. corporate headquarters).

The corner store however will likely be just fine with accepting your paper currency. The “Mom & Pop” store (are there any left?).

CONCLUSION
I believe you get the idea though. It’s not rocket science. Just set aside some cash.

I regularly use cash for many of my transactions anyway, so I always have a decent amount on hand. Maybe you might consider using it more often than your cards. That way you’ll always have a fair amount in your wallet.

Or just pull some aside and put in a home safe for a rainy day. You’re not getting any real interest at the banks anyway, so it makes little difference…

Here’s an ordinary home safe you might hide somewhere clever:

[ Read: Survival Currency For After The Disaster ]