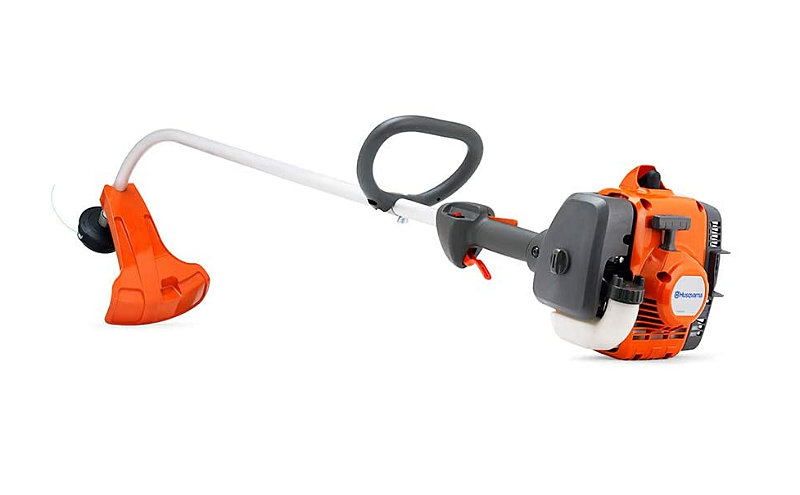 [ Ken adds: ‘Calirefugee’ spent many of his younger years fighting wildfires in the wilderness areas of the Sierra Nevada Mountains ]

For chainsaws and weed-whackers/string trimmers:

#1 Do not abuse the tool. It can be frustrating when that 2-cycle engine will not start. It may be tempting to bounce them on the concrete driveway! DO NOT abuse your tool (they are expensive).

Use the best fuel for 2-cycle engines

#3 Try to use the highest octane, “fresh” fuel you can obtain with minimal amount of ethanol in the fuel. Along with that, carefully follow the instructions on mixing of engine oil with fuel. Some 2-cycle engines require a mix of 1/32 oil to gas mix, while other tools require a 1/40 oil to gas mix. Ultimately, consult the instruction manual. As far as where to get “good fuel” for your chainsaw or power scythe, ask at the store where you buy/bought your tool.

The Most Popular Fuel Stabilizer
(view on amzn)

“It has numerous markings for different fuel : oil ratios for accurate mixing (a gallon). Loosen the cap and squeeze gently until the desired amount is reached. You might use a sharpie to highlight the markings to make it easier to read.”

#4 Carry a spare, gapped spark plug and the tool needed to pull and change out the spark plug with you into the field or job site. If you flood the engine, pulling the plug can get you back in action faster.

#5 I will carry a small piece of sandpaper with me to clean the plug. Because sometimes, varnish from fuel can form on/between the contacts.

Warm up before applying full power

Biggest way to increase the life and reliability of chainsaws, mowers, blowers and whackers is to let them warm up a good bit before applying full power. Failure to do this often lead to “cold seizures.”

What happens, is a cold chain saw is started and then almost immediately is pushed to full power cutting a log. The piston has far less thermal mass than the cylinder and will heat up much faster under the sudden full power.

The piston consequently expands faster than the cylinder and the clearances between the two reduce. This causes much accelerated wear on the piston, rings and cylinder and can trash the engine quite prematurely.

Many have gone over to electric power tools these days. Yet there are many good 2-cycle power tools out there being used a lot at this time of year.

I like to work on the power tool in the garage or barn and run the thing with a fresh batch of saw gas mix prior to going into the field or the job site. (Although my years fighting fire with 2 cycle engine power tools are long since over.)

My parents bought Stihl brand tools and the Tree service I worked on we used a bunch of different brands: ( Echo, Poulan, Stihl, Husquavarna, Homelite, Sears ).

In the end, I preferred using Stihl tools because there was a service center near my folks place where the proprietor gave me all of the above hints to keep those expensive power tools running for years.

Dedicated to Sam at Apex sharpening and power tools in California.

[ Read: Run Your Generator Several Times A Year – What You Should Know ]