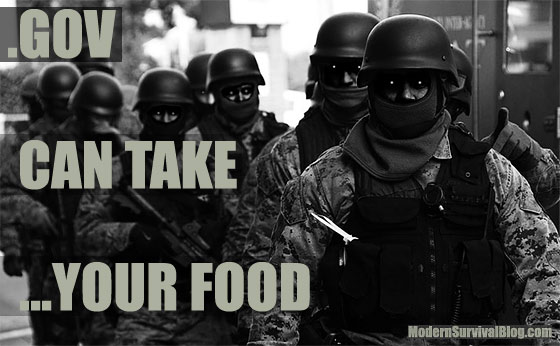 Is stockpiling food illegal? You might wonder, “How much food can you legally store?” There are laws on the books, right now, that will enable .gov to take and redistribute what you have – as they see fit.

Should those circumstances actually come to pass, government will actually have the legal authority to take what you have.

Note: In the context of this article, “hoarding” is often (unfortunately) misconstrued by the mainstream. Whereas common sense preparedness by stocking up with extra food is perfectly reasonable. Such as a deep food pantry, food storage beyond just a few weeks. Extra consumable supplies that you’ve stored, things like that… Practical common sense preparedness.

So here we go…

How can government actually take away your stored food?

Right now, today, if you’re someone who has prepared for the worst by storing a stockpile of food — you might become a target. As crazy as it sounds…

You might have neighbors or people who know you’ve got food. Maybe they’ll rat you out. Federal, State, Local, National Guard, even the regular Military… may take your food under emergency circumstances, given the following legality described below. You’re running the risk of having everything taken away from you.

Federal and/or State emergency provisions that are already on the books.

Sec. 801. Definitions. In addition to the definitions in section 702 of the Act, 50 U.S.C. App. 2152, the following definitions apply throughout this order:

– includes movement of persons and property by all modes of transportation in interstate, intrastate, or foreign commerce within the United States, its territories and possessions, and the District of Columbia, and related public storage and warehousing, ports, services, equipment and facilities, such as transportation carrier shop and repair facilities.

– also shall include direction, control, and coordination of civil transportation capacity regardless of ownership.

– shall not include transportation owned or controlled by the Department of Defense, use of petroleum and gas pipelines, and coal slurry pipelines used only to supply energy production facilities directly.

(b) “Energy” means all forms of energy including petroleum, gas (both natural and manufactured), electricity, solid fuels (including all forms of coal, coke, coal chemicals, coal liquification, and coal gasification), solar, wind, other types of renewable energy, atomic energy, and the production, conservation, use, control, and distribution (including pipelines) of all of these forms of energy.

(c) “Farm equipment” means equipment, machinery, and repair parts manufactured for use on farms in connection with the production or preparation for market use of food resources.

(d) “Fertilizer” means any product or combination of products that contain one or more of the elements nitrogen, phosphorus, and potassium for use as a plant nutrient.

(e) “Food resources” means all commodities and products, (simple, mixed, or compound), or complements to such commodities or products, that are capable of being ingested by either human beings or animals, irrespective of other uses to which such commodities or products may be put, at all stages of processing from the raw commodity to the products thereof in vendible form for human or animal consumption. “Food resources” also means potable water packaged in commercially marketable containers, all starches, sugars, vegetable and animal or marine fats and oils, seed, cotton, hemp, and flax fiber, but does not mean any such material after it loses its identity as an agricultural commodity or agricultural product.

(f) “Food resource facilities” means plants, machinery, vehicles (including on farm), and other facilities required for the production, processing, distribution, and storage (including cold storage) of food resources, and for the domestic distribution of farm equipment and fertilizer (excluding transportation thereof).

(h) “Head of each agency engaged in procurement for the national defense” means the heads of the Departments of State, Justice, the Interior, and Homeland Security, the Office of the Director of National Intelligence, the Central Intelligence Agency, the National Aeronautics and Space Administration, the General Services Administration, and all other agencies with authority delegated under section 201 of this order.

(k) “Offsets” means compensation practices required as a condition of purchase in either government to government or commercial sales of defense articles and/or defense services as defined by the Arms Export Control Act, 22 U.S.C. 2751 et seq., and the International Traffic in Arms Regulations, 22 C.F.R. 120.1 130.17.

(l) “Special priorities assistance” means action by resource departments to assist with expediting deliveries, placing rated orders, locating suppliers, resolving production or delivery conflicts between various rated orders, addressing problems that arise in the fulfillment of a rated order or other action authorized by a delegated agency, and determining the validity of rated orders.

(m) “Strategic and critical materials” means materials (including energy) that (1) would be needed to supply the military, industrial, and essential civilian needs of the United States during a national emergency, and (2) are not found or produced in the United States in sufficient quantities to meet such need and are vulnerable to the termination or reduction of the availability of the material.

(n) “Water resources” means all usable water, from all sources, within the jurisdiction of the United States, that can be managed, controlled, and allocated to meet emergency requirements, except “water resources” does not include usable water that qualifies as “food resources.”

These definitions are written in to the:

In order to prevent hoarding, no person shall accumulate:

In order to prevent hoarding, no person shall accumulate:

(1) in excess of the reasonable demands of business, personal, or home consumption, or

(2) for the purpose of resale at prices in excess of prevailing market prices, materials which have been designated by the President as scarce materials or materials the supply of which would be threatened by such accumulation.

The President shall order published in the Federal Register, and in such other manner as he may deem appropriate, every designation of materials the accumulation of which is unlawful and any withdrawal of such designation.

In making such designations the President may prescribe such conditions with respect to the accumulation of materials in excess of the reasonable demands of business, personal, or home consumption as he deems necessary to carry out the objectives of this Act [sections 2061 to 2170, 2171, and 2172 of this Appendix]. This section shall not be construed to limit the authority contained in sections 101 and 704 of this Act [sections 2071 and 2154 of this Appendix].

It is clear that the President can decree that having more than (fill in the blank) of food supply (or whatever else) is “in excess of the reasonable demands of business, personal, or home consumption”.

Under what circumstances could this be decreed?

Under a State Of Emergency – or Martial Law.

In strict dictionary terms, martial law is the suspension of civil authority and the imposition of military authority. The military authority under the command of the President will themselves act as the police, as the courts, as the legislature.

What Would Happen Under Martial Law?

U.S. Constitution would be suspended
Suspension of habeas corpus, civil rights, civil law, freedom of the press, assembly, speech
Curfews enforced on the people
Troops in the streets for enforcement
Checkpoints would be set up for control
Ability to hold a person without charge
Potential arrest of anyone who is a ‘suspect’
Imprisonment without representation or due process
Potential house to house confiscation of firearms, ammunition, food supplies (see above)

While you might think that a declaration of Martial Law would never happen in the United States (it already has – Lincoln – Civil War), the laws are already on the books just waiting for a proclamation by the President.

Can you think of any ‘triggers’ that would set this train in motion? I sure can…

And the sheeple will be ‘all for it’ because most of them only have a few days of food in their pantry and will want what’s yours… They are counting on it. They are counting on .gov to enforce it. The thing is, it will be legally possible for .gov to do so under declared emergency circumstances.

If you’re a preparedness-minded person who may have a deep food pantry and other such supplies, your risk of confiscation exists. Dependent upon where you live (e.g. population-dense regions), your proximity to military installations, the extent and depth of the ‘circumstance’ itself, and whether or not anyone else already knows about your supply (potential to be ratted out).

How can I avoid government taking my food and supplies?

First and foremost, always keep your mouth shut. OPSEC. Operational Security. If anyone already knows that you’re a (gasp!) ‘prepper’, then simply downplay what you have. You might indicate that you only have a little extra (versus saying many months or more of storage!).

For example if it ever comes up in conversation that you have ‘stuff’, then seize that opportunity to downplay it – deflate what they think you have. It’s sad to even have to discuss this – but it is today’s unfortunate reality.

Don’t put all your eggs in one basket. This means that you might consider spreading around your storage. A little here, a little there. Less obvious. It’s sad to think about this, but it is a potential reality under extreme circumstances. So maybe keep some off site somewhere.

‘If’ you’re home is ever searched, then they will find it. Unless you have very cleverly and effectively hidden your ‘stuff’, it will be discovered. You might consider storing a cache of supplies in another location. Use your imagination. Again, it seems weird having to discuss such things (and some might say paranoid), but it will be a serious consideration for some of you who may be closer to a ‘ground zero’…

Don’t let all your hard efforts go to forcible ‘charity’ (as opposed to that of your free will). While forced redistribution is a form of communism, don’t let yourself be fooled into thinking that it won’t happen… 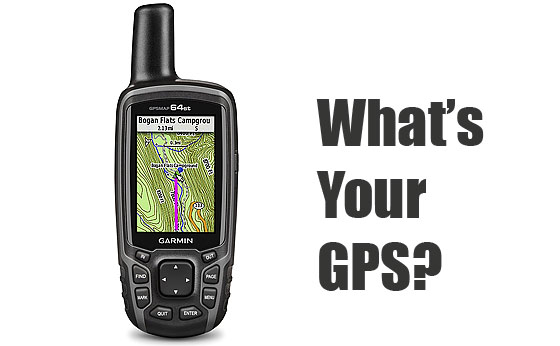 A handheld GPS Receiver is an excellent navigation tool and they come with a wide variety of form factors, features, and options for many different intended uses. Being a ‘modern’ survival site, we certainly acknowledge this particular high-tech gadget and its wide array of functionality and usefulness in our lives today. While a compass, map,… 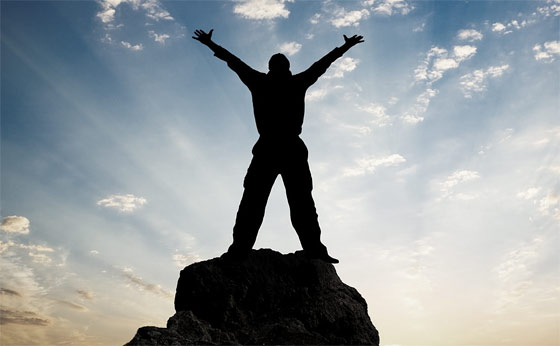 How much is enough? For those who have been preparedness-minded for a number of years, and for those who have made considerable inroads to their state of preparedness, when have you prepped enough? Is there a time? What are the criteria for being reasonably prepared and is there a point when you slow down? Here’s… 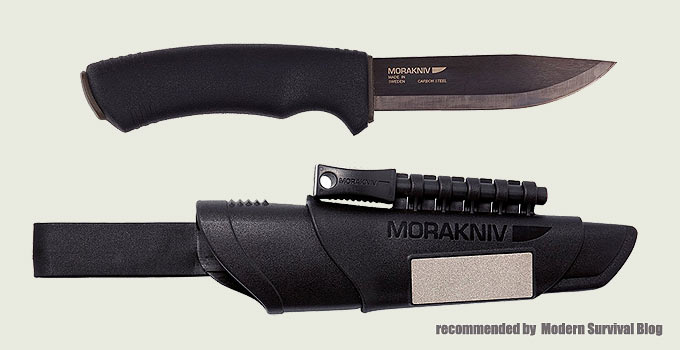 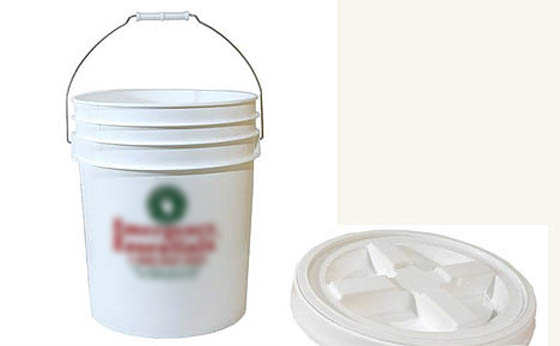 How to reduce or eliminate insects and bug infestation in your long term food storage of dry goods like grains, rice, beans, etc.. 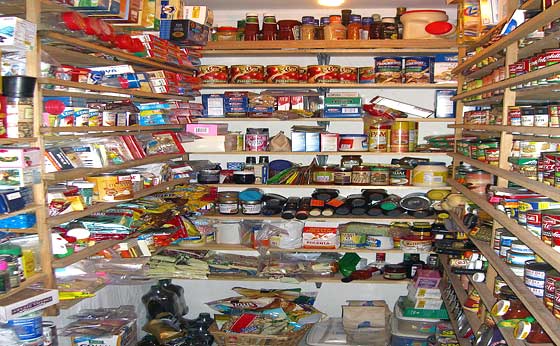 WHAT FOOD SHOULD I STORE? The first real tip here for ‘Food Storage 101’ is this: Store what you will eat! You can spend lots of time analyzing calories, nutritional content, and other factors, but I think the bottom line here is if you store what you eat on a daily basis, I think… 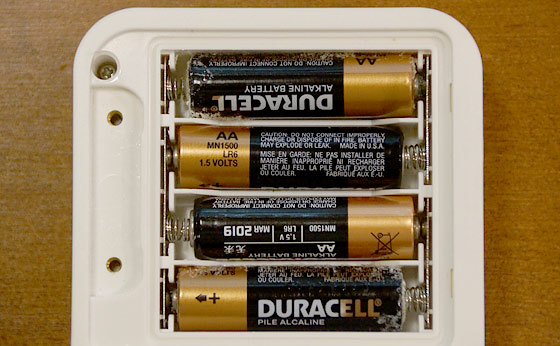 The White Fluff of Battery Corrosion. What is that stuff?! Here’s why they leak and how-to fix it. And batteries that won’t corrode!