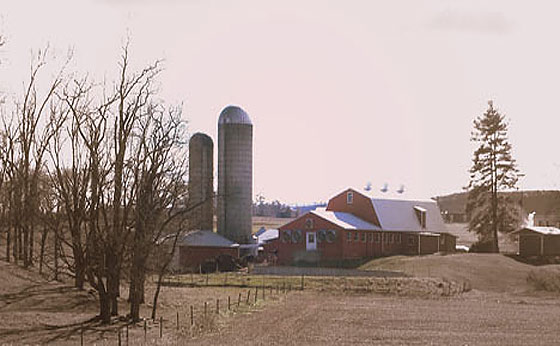 Survival following a major SHTF collapse is nearly impossible to fully prepare for – being impossible to ‘know’ ahead of time what exactly might happen and to accurately quantify it. Due to the many variables involved, there is no single formula that will fit while designing a fully functional preparedness plan.

Having said that, so long as we have done ‘enough’ preparation, and know and understand ‘enough’ about the skills and requirements of self sustained (or semi-self-sustained) living, so long as we live in a relatively low risk region (e.g. low population density), and are healthy and of able body, and most importantly… know how to adapt to changing conditions — we stand a chance…

The following is a list in no particular order of subject areas to consider while living and surviving post collapse.

Add your own additional comment regarding further categories to adopt:

Depending on the type of disaster or extent of collapse, people may or may not be living in their original homes. Some (or many) may have left the area either because they were forced to, or conditions became dangerous or very difficult to survive there. Temporary shelter or housing may be prominent in areas. Having the ability, know-how, and materials to make (adapt) shelter may be life saving – even if only temporary between point-A and point-B. Most of those who become displaced will have an extremely difficult time on the road until they find some means of semi-permanent shelter.

Those who have prepared with an adequate food storage will have an inventory to draw upon. The food will last as long as you’ve prepared for – so consider more than just a few weeks in your pantry. Ultimately, a one-year supply is a modest goal. Diversify. Canned food, dehydrated food, freeze-dried, some processed foods, bulk legumes and grains, salt, sugar, etc. The thing to remember (and to know ahead of time) is that your food storage will run out eventually (presuming an ongoing collapse). You will either need a plan to sustain yourselves beyond your storage food supply, or you better hope the collapse resolves itself back to the good times before.

Without water, you will not survive for long. Beyond 3 days to a week and you will surely be gone… Be aware of where the sources of water are around your home (other than your tap water faucet). Have a plan to obtain water and get it to your home or shelter. You will need to purify it, so have the means to do so. A drinking water filter. A method to boil water. Also, your garden will not grow without water, so if you live in a region that does not get adequate natural rainfall to sustain crops, you better think seriously about how to overcome that issue. Obtain the materials to install rainwater capture from your roof or other. Keep adequate containers to store and transport water. Water is heavy.

I will be critical that rules and procedures be established to safe guard proper health during a time of collapse, when normal sanitation (and disposal) methods relating to food, water, garbage, trash, and sewage may be disrupted. Proper management of toilet facilities during times of emergency may have a greater affect on your health than any other single element of sanitation. Bacterial infections such as typhoid and dysentery can be just as devastating as the original disaster. Keep bleach for disinfectant (or a means to make your own bleach). Know the ratio of bleach and water for disinfecting surfaces. We take sanitation for granted today. Got toilet paper? What would you do without it? Get the idea?

A collapse/ breakdown that changes life as we know it (and our distribution of all sorts of foods) will eventually result in poor nutrition for many people who are consuming ‘whatever’ foods they have available to them. Multivitamins and Vitamin C will ward off deficiencies and things like scurvy, for example.

When the grocery stores are not accessible (or are minimally stocked), sources of food might (mostly) only be available from small scale (as opposed to big agriculture) gardening and farming (just like the ‘old days’). Storage and possession of non-hybrid seeds will be essential for production of sustainable crops (non-hybrid seeds produce plants during subsequent years the same as the original). Hybrid seeds will not produce quality fruit after its first generation – while their saved seeds will not produce well the following year(s). Experienced gardeners and farmers will be worth their weight in gold. Learning this valuable skill is one of the first practical skills that any prepper should accomplish. It is not as easy as you migh think. If you try and start your first garden after the collapse, you will most likely fail. It takes a few (and more) seasons to figure things out. Knowing someone who knows how to garden will be a good thing…

Not everyone is skilled at hunting and the subsequent process of properly and safely preparing the animal as food to be eaten, or to be preserved. Wild animals suitable for meat will likely deplete quickly, depending on the extent of disaster. Those who raise farm animals will have a valuable commodity. Chickens and their eggs will be a source of food. Foraging for edible wild plants could produce surprising results if one knows what to look for and knowing what is safe to eat. Fishing in lakes and streams will produce food. Most people however will probably be forced to become mostly vegetarians.

Disposal of Garbage and Rubbish

Garbage will decompose and breed bacteria, attract insects and animals. Compost for your garden. Be aware that bacteria can kill you, especially without antibiotics.

Without today’s modern medical methods, systems and hospitals, a simple cut could kill you. It’s wise to learn the basics of First Aid. Perhaps take a First Aid course. Get a book on the subject. It will be of great benefit to have someone in your group who is adept in this field. Keep a well stocked quality First Aid Kit and supplies. Understand that in a post collapse world, avoiding injury is a very big deal. Be careful in what you do. Understand risks and avoid them.

The key to understanding the extent and potential duration of a disaster is getting the right information. Depending on the disaster, TV and Radio stations may be off the air in your region. Other locales may be different. If power is out, you can count on most major media outlets and transmitting stations to only last as long as their generators. If you are out of power, then only battery operated radios will work. Consider solar chargers for your batteries. Have a portable AM/FM/Shortwave radio. Consider 2-way communication radios. Amateur (Ham) Radio is another method of communication or listening to reports.

Without power, other methods of heating your home will become necessary. Alternative energy sources may keep your furnace running (until you run out of fuel), while wood burning stoves will last forever (so long as you have wood). Consider how you will overcome this problem (worse the further north you live).

Generators will be useful until the fuel runs out. Solar photovoltaic panels will provide power from the sun and will power devices and battery banks up to the capacity of the panel systems and battery banks themselves. If you live on property with running water, a hydro generator system may be an alternative. Wind power, although better in certain parts of the country, may be yet another source of power. Understanding electricity and implementing alternative energy systems is a very specialized skill. If you are already skilled in this field, consider establishing an alternative energy system for your home now. If this is beyond your skill set, consider paying to have this done if its within your means.

Cars will become useless once their gas tanks are empty. Most disaster scenarios involve a loss of electrical power, which means gas pumps won’t work. If there is electrical power, gasoline may be in short supply due to demand. Consider keeping a bicycle and plenty of spare parts. Keep carts and wagons for pulling materials around. Remember that water is very heavy for transporting. Keep your vehicle’s fuel tanks on the full side all of the time. Keep some extra fuel stored safely at your home location. Use fuel additives like STA-BIL or PRI-G (PRI-D for diesel) to extend the life of your stored fuel to one year (generally).

Most people in today’s modern society have little or no real practical survival skills. Those who do, will be of great value to those who do not. This will help with bartering (assuming they have something to trade). Learn practical skills. Get hard copy books on the vast variety of subjects surrounding self sustained living. Learn about the skills that you think you’ll enjoy. No one person can know it all, so just learn ‘something’.

It is very important to be in good health and strength going into a disaster/ collapse situation. Life will likely become physically strenuous and those who do not have the strength and stamina will have a very difficult time without lots of assistance. If you’re not in the best of shape right now, do yourself a favor and do what you need to do.

One of the most important subjects of surviving a long-term collapse will be that of security. Especially important in the beginning while the desperate and dangerous are still among the crowd, and particularly critical within densely populated regions. The issue will generally become less as the crowd ‘thins out’ over a longer period of time.

These are just a few subject areas – a starting point – to get you thinking about it while imagining, planning and preparing for life after collapse. There are many additional related subject areas, and I’m curious to hear all your opinions of those with regards to a long-term societal collapse…